It’s traumatic enough to lose a spouse, but new research from Northwestern University and Rice University suggests sleep disturbances that are triggered by grief may impact the health of the partner left behind.

The results suggest these sleep difficulties may cause higher inflammation. This puts the bereaved spouse at an increased risk for cardiovascular issues such as heart disease, as well as an increased risk of dying within one year of their partner’s death.

The study, which was published in Psychosomatic Medicine, included 54 widowed participants and 47 control participants. The participants’ average age was around 67. All the participants reported sleep disturbances such as insomnia.

The researchers observed that the widowed group was two to three times more likely to see an association between sleep difficulties and higher inflammation levels than the control group.

“We measured sleep disturbances because we know that they are commonly associated with inflammation and heart disease. So is depression,” study author Diana Chirinos, a research assistant professor of preventive medicine at the Northwestern University Feinberg School of Medicine, told Mattress Clarity.

“We were interested in examining which one (sleep or depression/sadness) was most strongly associated with inflammation, and we found it was sleep,” she said. “This is in line with other investigations in the general population. But now we know bereaved individuals are most vulnerable.”

RELATED: Analysis: Too Little And Too Much Sleep Could Affect Heart Health 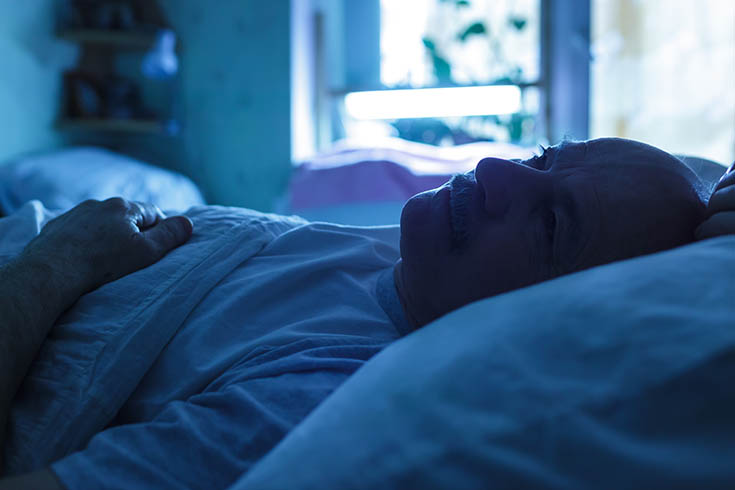 These sleep disturbances were measured using a self-reported system, and inflammation was measured by the level of proinflammatory cytokines present in participants’ immune systems. Cytokines are “designed to be short-term fighters of disease but are linked to long-term risk for health problems including cardiovascular disease,” according to ScienceDaily.

“Since we examined all aspects (sleep, inflammation) at the same time we cannot for sure say that the sleep problems caused higher inflammation, but that is our hypothesis,” she told us.

Chris Fagundes, an assistant professor of psychological sciences at Rice and the principal investigator for Project HEART, told ScienceDaily that the outcomes from the study are “another revelation in the study of how human behaviors and activities impact inflammation, and it adds to a growing body of work about how bereavement can affect health.”

Chirinos told Mattress Clarity that some sleep difficulty after a stressful event is to be expected, but if someone is having difficulties sleeping or staying asleep (such as being awake for more than 30 to 45 minutes during the night, more than 3 to 4 days a week, and it continues for several weeks) then it is important to get treatment.

“In the case of bereaved adults, some sleep disturbance is common,” Chirinos said. “But if it persists for more than a couple of months I would say it is important to get treatment.”