According to the Cleveland Clinic, 70 million Americans suffer from sleep disorders — that’s about 20% of people in the United States. Sleep disorders and conditions can be mild or severe, but often lead to serious consequences. This is because sleep is a vital process for our health and wellbeing.

Below, we’ll share what sleep disorders are, what causes them, how to tell if you have one, as well as information on some of the most common conditions. Please note that this article should not take the place of medical advice. If you believe you have a sleep disorder, consult your health professional for a proper diagnosis and treatment.

What is a Sleep Disorder?

Sleep disorders and conditions are related to issues with the amount and quality of sleep a person gets. These disorders can result in daytime grogginess and an impaired ability to perform tasks. This can lead to a host of negative consequences on sufferers’ jobs, social lives, and more.

What Causes a Sleep Disorder?

How to Tell If You Have a Sleep Disorder

If you’re experiencing excessive daytime sleepiness, difficulty falling and staying asleep, or an inability to sleep at all, you may have a sleep disorder. If you’re finding your lack of proper sleep impacting your daily life, it’s time to speak with a medical professional for proper diagnosis and treatment. 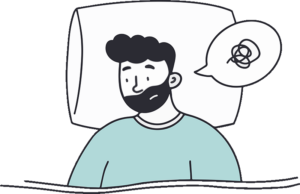 Insomnia is a common sleep disorder that makes it difficult to fall asleep and stay asleep. Insomnia sufferers may feel like they’re not sleeping at all. Insomnia can make you feel exhausted and sleepy during the day. It can also affect your mood, making you feel more depressed, irritable, and anxious. These feelings can make it difficult to complete daily tasks and impair performance at work and home.

Insomnia can either be acute or chronic. Acute insomnia tends to last between a week and a few weeks, and is typically the result of a stressful or traumatic event. Chronic insomnia, on the other hand, lasts for a month or more. This type of insomnia can be related to other health conditions or medication usage, and typically requires diagnosis by a health professional.

Sleep apnea is a condition in which you stop breathing during the night. This condition can be dangerous, as impaired breathing can deprive the brain of oxygen. The most common symptoms of sleep apnea are loud snoring and feeling tired when waking up in the morning. If you sleep with a partner, they may notice loud snoring, gasping for breath, and periods in which you stop breathing.

There are three types of sleep apnea: 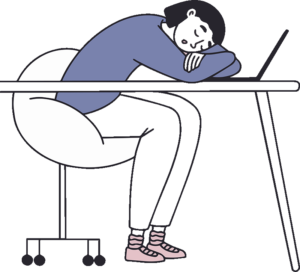 Rather than being a disorder, sleep deprivation simply refers to not getting enough sleep. Most people need between 7 and 9 hours of sleep, so if you’re getting fewer than that, you’ll likely be sleep deprived. Sleep deprivation can lead to daytime sleepiness, poor performance, decreased immune system function, and a host of other health problems. Sleep deprivation can also lead to greater risk for serious health conditions, like heart disease, diabetes, stroke, and depression.

Sleep deprivation can occur for a number of reasons, including a sleep disorder, illness, work schedule change, stress. Other common causes for sleep deprivation include having a new baby, as their sleep schedules differ from grown adults, and aging — it can be harder to sleep through the night as we age.

Sleep paralysis is actually a normal part of sleep, but only when it occurs during REM sleep. When it occurs outside of REM sleep, individuals feel awake, but their bodies are paralyzed. Sleep paralysis can also be paired with hallucinations that may feel as though they are part of a dream, and can be frightening. Episodes of sleep paralysis can occur for just seconds, in which they are of little concern, or for minutes at a time, which can cause sleepers to feel anxious or panic.

Though it is not known exactly what causes sleep paralysis, it is linked with a number of other conditions including insomnia, narcolepsy, PTSD, and anxiety disorder. According to the NHS, a few ways to avoid sleep paralysis include not sleeping on your back and avoiding alcohol and caffeine before bed.

Sleepwalking is a type of parasomnia because it occurs while the individual is asleep, but they may appear awake. Sleepwalking occurs during the deepest stage of sleep, the N3 stage. Sleepwalking can be caused by a number of factors, including sleep deprivation, stress, and sleep schedule changes. Certain conditions can make sleep walking more likely, including substance abuse, restless leg syndrome, and taking medications for psychiatric disorders. Children are also more likely to sleepwalk than adults. 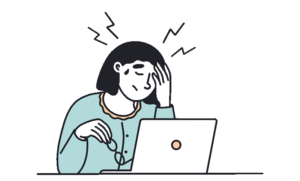 It is believed between 135,000 to 200,000 people in the United States suffer from narcolepsy. Narcolepsy is a sleep disorder in which the brain struggles to regulate the body’s sleep-wake cycle. Symptoms include cataplexy, in which there is a sudden muscle weakness, and excessive daytime sleepiness. Cataplexy can seem like a person is suddenly falling asleep during the day, which is what most people think of in regards to narcolepsy.

There are two types of narcolepsy:

Type 1- Individuals have both cataplexy and excessive daytime sleepiness. These individuals also have a low level of the brain chemical hypocretin, which is a neuropeptide important for sleep.

Type 2- These individuals have excessive daytime sleepiness, but do not have cataplexy and have normal hypocretin levels.

Circadian Rhythm Sleep Disorder includes a number of sleep disorders in which the body’s sleep wake cycles are disrupted. Individuals will either struggle to fall asleep, stay asleep, or wake up too early and be unable to go back to sleep. These disorders have a number of causes, including jet lag, shift work, chronic insomnia, brain damage, certain medications, and poor sleep hygiene.

Symptoms of Circadian Rhythm Sleep Disorder are similar to other sleep disorders. These include excessive daytime sleepiness, depression, difficulty waking up or falling asleep, decreased performance at work, and strained social relationships. Treatments for this disorder include behavioral therapy, bright light therapy, and medication.

Though it can be difficult to manage Shift Work Sleep Disorder, there are a few ways to mitigate the symptoms. These lifestyle changes include getting to bed and waking up at the same time every day if possible, limiting caffeine intake, eating a healthy diet, and establishing a dark and quiet sleep environment.

Non-24 Hour Sleep Wake Disorder is a Circadian Rhythm Sleep Disorder in which an individual does not have the typical 24-hour internal clock. Individuals who have this disorder are more likely to sleep for short periods during the day, rather than the recommended 7 to 9 hours at night. Individuals with this disorder are typically unable to change their sleep patterns. It is common in blind people, affecting between 55 and 75 percent of the blind population.

The most common symptoms of Non-24 Hour Sleep Wake disorder are excessive daytime sleepiness and waking up throughout the night. Individuals with this disorder can feel a reduction in symptoms by following their body’s internal clock, which ranges from just over 24 hours to around 28 hours. However, when Non-24 sufferers attempt to fit into a more typical sleep pattern to fulfill work and social obligations, they may find that their sleep suffers. This can lead to the many negative effects of sleep deprivation.

Restless Leg Syndrome is a condition characterized by uncontrollable leg movement. It typically occurs while lying down and can disrupt sleep. Symptoms of restless leg syndrome begin while sitting or lying down for an extended period of time, and are relieved through movement. Sufferers describe feelings of itchiness or a crawling sensation over the legs, and a compulsion to move the legs.

Restless leg syndrome can be caused by a number of factors, including iron-deficiency anemia, hypothyroidism, diabetes, pregnancy, and kidney disease. Treatment for restless leg syndrome will depend on the cause —  if the cause is anemia, iron supplements can improve the condition. There are a number of lifestyle changes that can improve the condition, including getting regular exercise, applying a heating pad or cold compress to the legs, taking a warm bath, and practicing good sleep hygiene, like going to bed in a cool, quiet, and dark environment.

Dysania is a condition in which individuals find it extremely difficult to get out of bed in the morning, and feel a strong desire to return to bed when they wake up. Dysania can lead individuals to sleep more than the recommended amount, which can lead to increased risk for heart disease, obesity, and diabetes.

Though the exact cause of dysania is unknown, it is linked to a number of health conditions, including depression, grief, hypothyroidism, heart disease, and other sleep disorders like insomnia. Certain lifestyle changes can improve symptoms of dysania, including going outside for walks early in the day to increase sunlight exposure, which helps regulate melatonin production. Avoiding caffeine and alcohol late in the day, and ensuring a consistent bedtime and wake time can also help alleviate symptoms of Dysania. 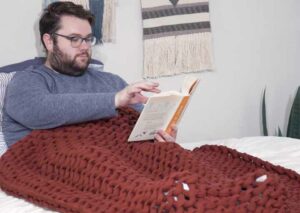 The Best Cooling Weighted Blankets of 2022

Best Mattress Made In the USA

Best Mattresses for Back Sleepers: Which Is Best for You?

12 Healthy Foods to Eat When You Want a Midnight Snack