A recent study from the University of Kent in the U.K. revealed that as we age, the part of our brain that controls our circadian rhythms becomes less sensitive to light. This suggests that our struggle to sleep as we get older has its roots in our biology.

The specific area of the brain that controls the circadian rhythm is known as the suprachiasmatic nucleus (SCN). For those who can’t remember that middle school science lesson on the circadian rhythm, it’s “basically a 24-hour internal clock that is running in the background of your brain and cycles between sleepiness and alertness at regular intervals. It’s also known as your sleep/wake cycle,” according to the National Sleep Foundation.

The Foundation says the biggest time one will feel “dips” in energy are in the middle of the night (between 2 a.m. and 4  a.m.) and post-lunchtime, from 1 p.m. to 3 p.m. They also say that if one is pretty much caught up on rest the lull in energy won’t be as noticeable as it will if one is sleep-deprived. 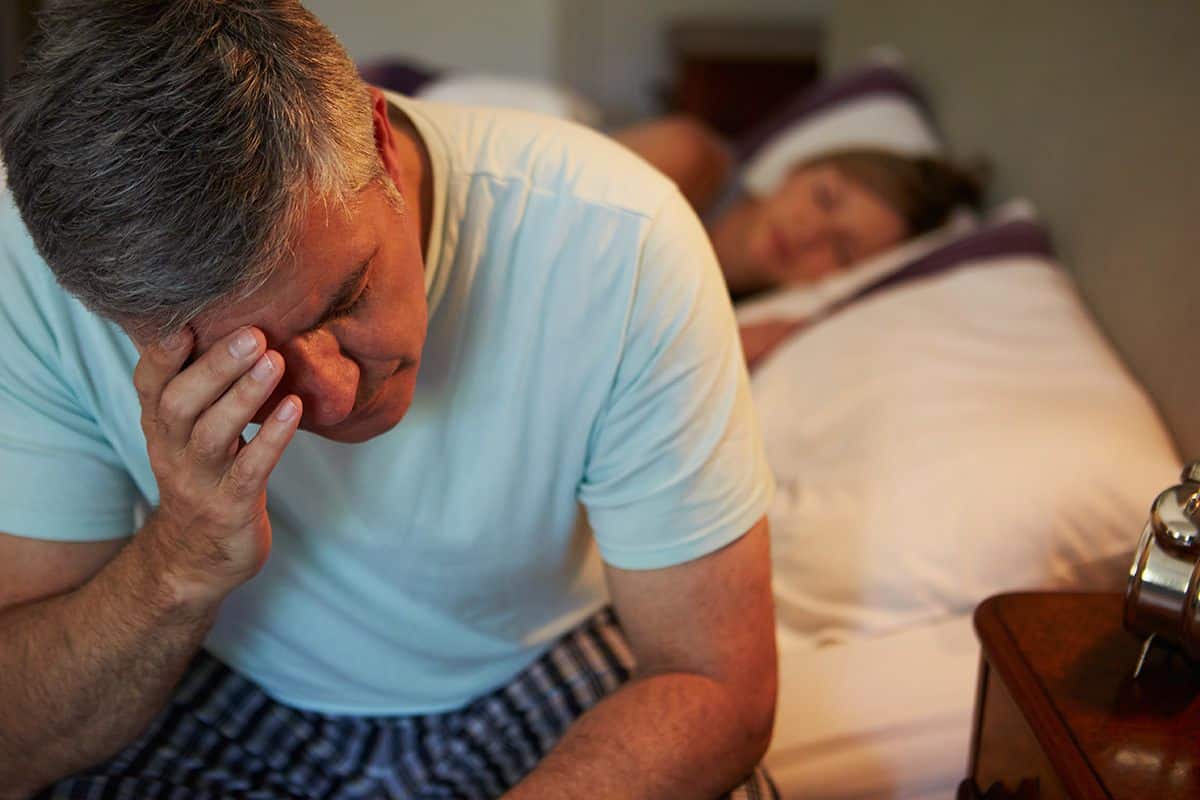 Dr. Gurprit Lall, of the University’s Medway School of Pharmacy, and the other members of the research team looked at alterations in one of the pathways in the part of the brain controlling circadian rhythms, writes Martin Herrema in a report from the University of Kent.

“They found that a glutamate receptor (NMDA), used to transmit light information, became less effective in resetting the circadian clock as part of the aging process,” writes Herrema. “This structural change in the glutamate receptor was responsible for the decline in light response observed… The aging SCN suffers from a structural reorganisation of its light receiving components; which ultimately impair its function in setting and maintaining a stable circadian rhythm.”

Translation: As we get older, the area of our brain that controls our sleep/wake cycles changes structurally and becomes less sensitive to light. This impacts our ability to regulate our circadian rhythm and sleep/wake cycle, thus making it harder to sleep as we age.

Data from this breakthrough study, published in the journal Neurobiology of Aging, could be key in helping pharmacologists in the field target treatments, that “aim to improve both physiological and behavioural circadian clock ‘re-setting’ in older people,” writes Herrema.