You lie down in bed after a long day, ready for a long and relaxing sleep. The lights are off and you’re ready to doze off. But there’s just one problem, your comforter is flat.

It can be very frustrating when your cloud of a comforter turns flat or lumpy. You aren’t getting the proper warmth and the whole sleeping experience is simply uncomfortable.

How does someone return their comforter to its former fluffy glory?

First, always follow the care and cleaning instructions for your specific comforter, and after that, we have a few easy solutions you should consider.

Comforters lose their loft and body when the down filling clumps up. People can prevent and combat this is by shaking out their comforter on a daily basis.

RELATED: Tips for Storing Your Comforter 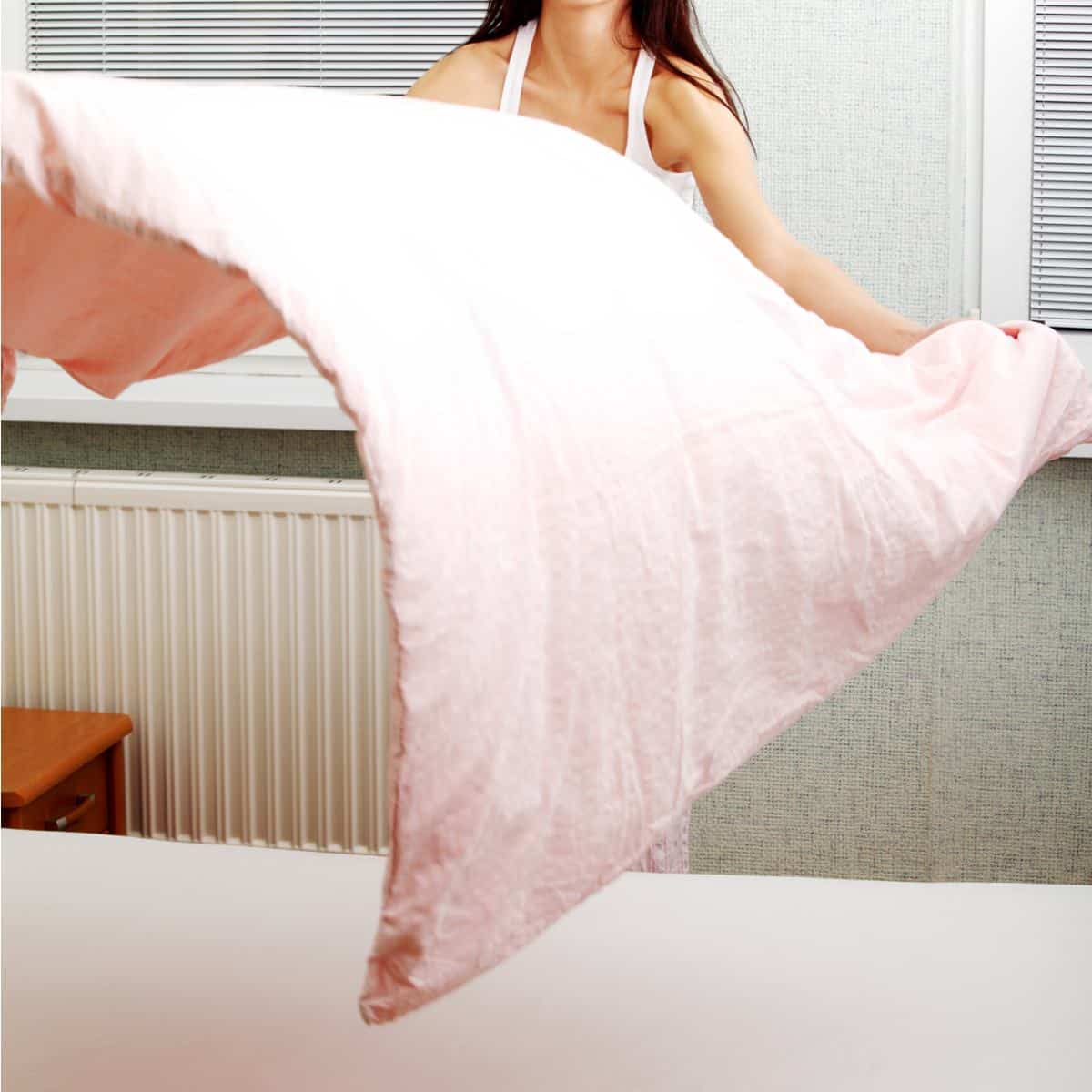 Hold the comforter by the edges and give it a hard whip. People will want to create a wave down the comforter, which separates the filling, evenly dispersing it throughout the comforter.

Separate the Clumps by Hand

Lay your comforter down flat and look for the sections with the most lumps (they should be easy to spot).

Gently massage the filling with your fingers, breaking apart the clumps. People can also use their palm or heel of their hand to push down into the lumpier areas. 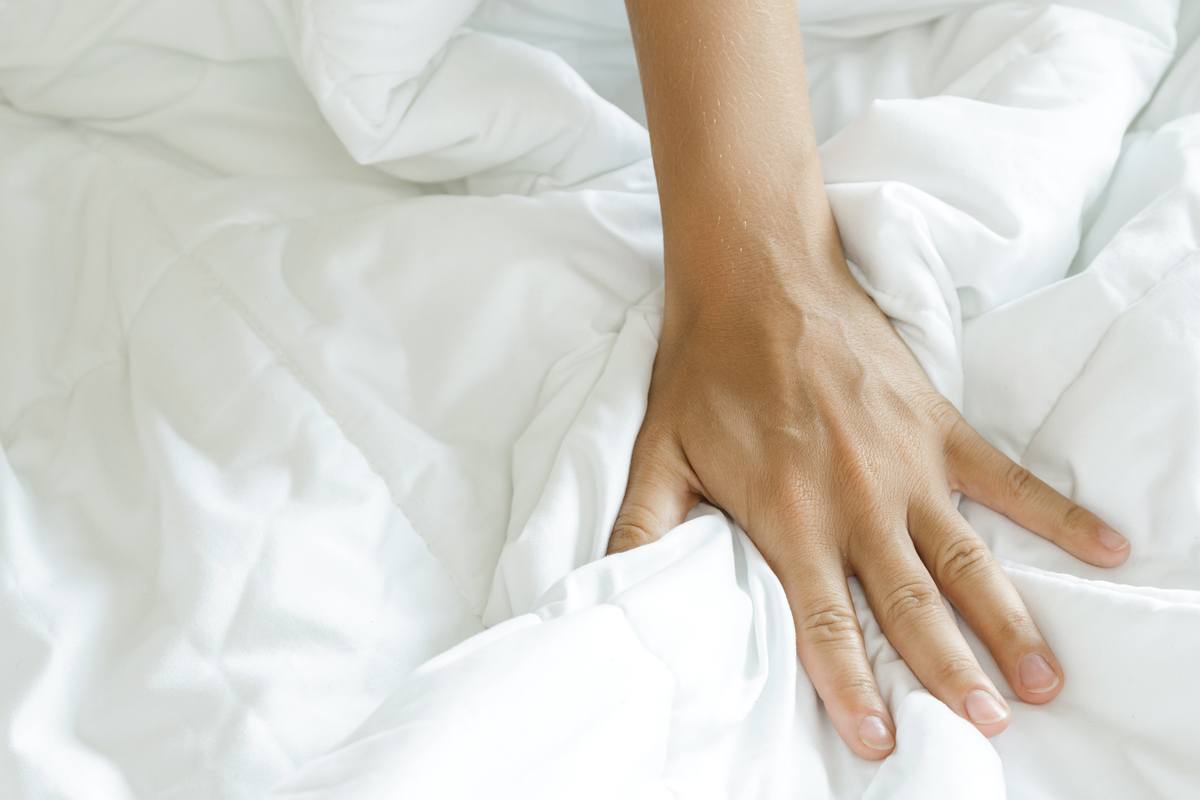 Hang It on the Line

On a windy or breezy day, hang your comforter out on the clothesline, as the fresh air moving through the bedding will naturally fluff your comforter as well as reduce odors. 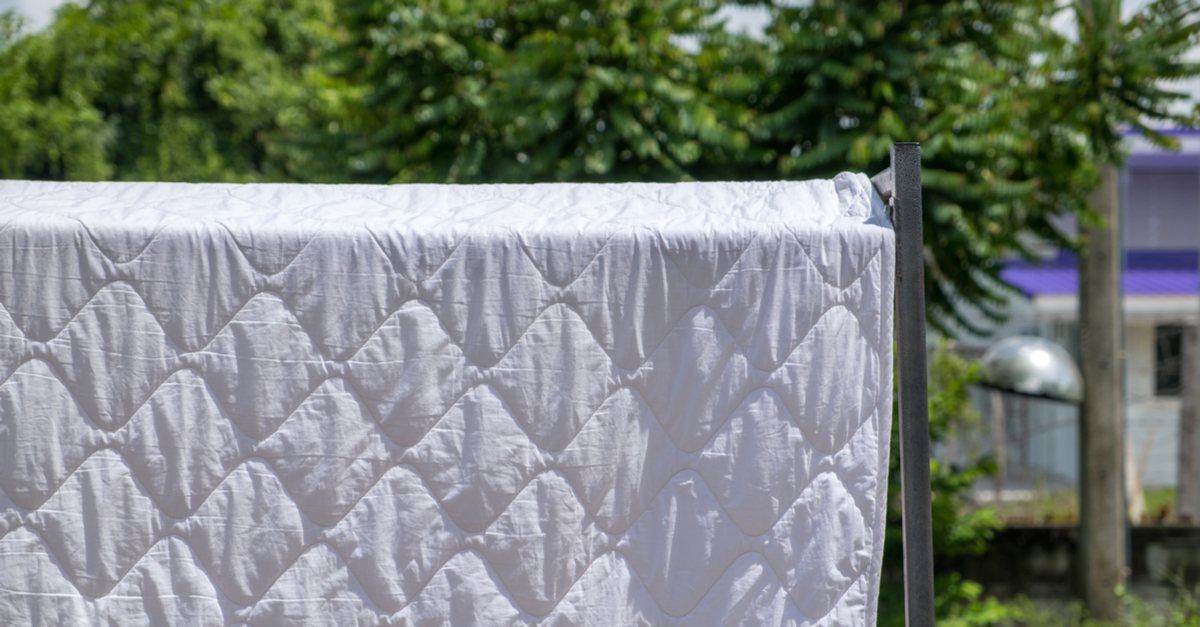 Tennis Balls in the Dryer 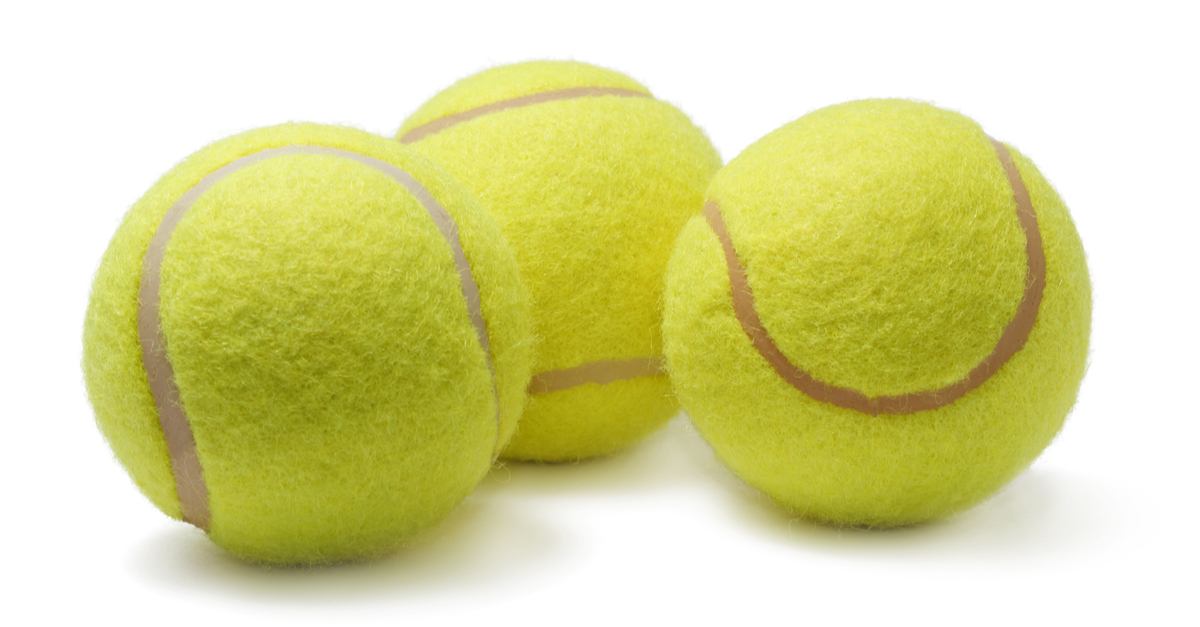 It is important that people use a commercial dryer because their comforter will expand as it dries.

Run the machine on the Air Fluff Cycle, because the balls and spinning motion will help un-clump and fluff your comforter.

With these methods, you can recapture and maintain fluffiness in your comforter.  In the end, it is all about keeping the filling from clumping. Evenly dispersed filling means fluff, and fluff means warmth and comfort.