Everyone responds differently to caffeine, which is why people probably know others who can drink an espresso after dinner and go to bed with no issues, as well as people who will be up all night if they have so much as a sip of Diet Coke past 9 AM.

A quick primer on the basics: Caffeine is a stimulant found in things like coffee, tea, chocolate, some sodas, and some over-the-counter medications. The FDA categorizes caffeine as both a food additive and a drug. People typically use caffeine to help them wake up in the morning or remain alert when they are groggy or sleepy.

Because it’s a stimulant, caffeine can affect how and when people sleep. Here’s everything people need to know about caffeine and sleep.

Caffeine looks a lot like a neurochemical called adenosine. Lucas Reilly from MentalFloss explains: “As your neurons fire throughout the day, a neurochemical called adenosine builds up in your body. The nervous system uses special receptors to monitor your body’s adenosine levels. As the day wears on, more and more adenosine passes through those receptors—and it makes you sleepy. It’s one of the reasons you get tired at night.”

Caffeine tricks those receptors by “docking” at the receptors usually reserved for adenosine. So real adenosine molecules can’t enter, and people don’t get tired as quickly.

Experts agree that people can begin to feel the effects of caffeine shortly after ingesting it. The FDA estimates that caffeine typically reaches its peak level in the bloodstream within one hour of consuming it, and stays in the bloodstream for four to six hours.

There’s no nutritional need for caffeine in your diet.

People absolutely don’t need it to keep their body fueled and healthy. Because there is no nutritional need for them, caffeinated products are not recommended for young children.

Side effects of caffeine can also affect the body—and your sleep.

Some side effects include anxiety, a racing heart, and digestive issues, none of which are conducive to good sleep. Caffeine is a diuretic, meaning it increases the frequency of urination. So, too much caffeine may put one’s bladder into overdrive, further interrupting your sleep. 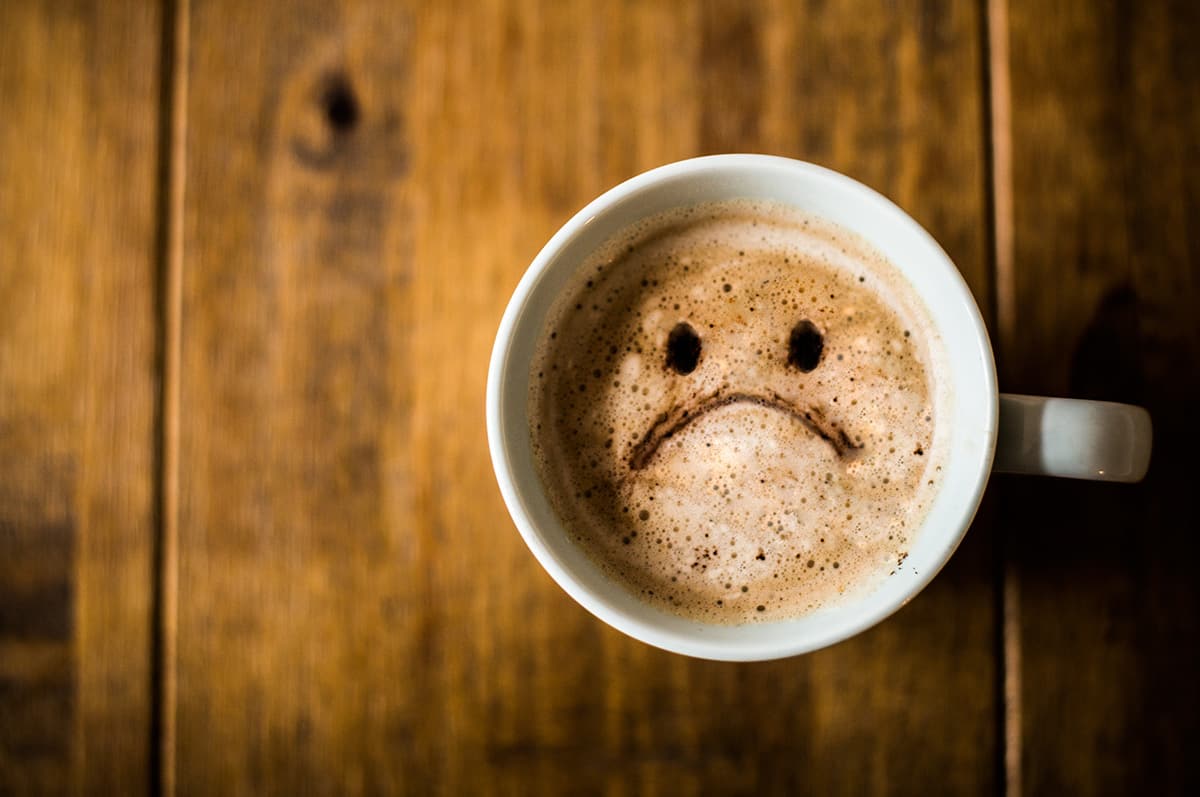 Plus, caffeine causes a physical dependence—and withdrawal is real.

Common caffeine withdrawal symptoms include headaches, sleepiness, irritability, and trouble focusing. “If you want to stop caffeine use… you should taper yourself off instead of going cold turkey because that will help avoid some of the classic symptoms including headache,” Dr. Stacey Sigmon, Ph.D. told ABC Science in 2009.

So, experts recommend consuming it in moderation.

Currently, the FDA says that for healthy adults, 400 milligrams a day (which is four or five 8oz cups of coffee) is “an amount not generally associated with dangerous, negative effects.” The American Pregnancy Association recommends that pregnant women consult their doctors about their caffeine intake, but offer a general guideline that pregnant women should aim to stay below 200 mg of caffeine each day (which is about one 12oz cup of coffee).

Ultimately, people should be mindful of how caffeine affects them personally, and tailor their caffeine habits for optimal sleep.

The American Academy of Sleep Medicine recommends avoiding caffeine in the late afternoon or evening. But if people know they’ll feel alert for ages after drinking coffee, maybe set themselves a daily caffeine cut-off of lunchtime or earlier. People can also make smart swaps by opting for decaffeinated coffee, tea, and soda in the evenings. If people are having trouble sleeping, they should try cutting down on caffeine to see if that makes a difference. And if people are worried about any aspect of their diet, including caffeine consumption, they should chat with their doctor and see what they recommend.

You can also make smart swaps by opting for decaffeinated coffee, tea, and soda in the evenings. If you are having trouble sleeping, try cutting down on caffeine to see if that makes a difference. And if you’re worried about any aspect of your diet, including caffeine consumption, chat with your doctor and see what they recommend.