Skip to content
Casper provided financial support for this video. We also have certain other financial relationships with Casper; see our disclosure page for more information.

Everyone knows the feeling when they’ve been working a tough week, it’s 2 p.m. and their energy is extra low. They probably don’t want to slam another cup of coffee, but they’re not sure if they’re going to make it to the 5 o’clock bell. If that sounds familiar to people, it maybe time for a nap?

If you’re thinking about taking a quick afternoon snooze, you might be wondering one thing: Are naps good for you?

Let’s get into the benefits and drawbacks of naps and discuss how to get the best nap possible. This video was made in partnership with Casper, who provided financial support as well as the mattress and sheets for us to rest on!

The Benefits Of Naps

There are many upsides to taking a nap. While we know they can make us feel more rested, there are some other great benefits as well. For instance, research suggests that naps can: 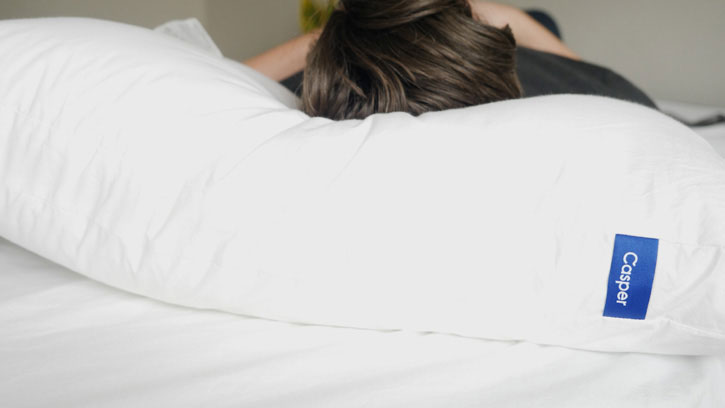 The Drawbacks Of Naps

There are many benefits to naps, but there are some downsides as well. Before adding naps to your routine, take the following into account:

Are Naps Good For Your Heart?

Studies have shown that people who take short naps could actually decrease their risk of heart disease.

During one study, researchers focused on a cohort of 36,000 subjects for several years (4). They found that those subjects who napped occasionally had a 12 percent lower chance of dying from cardiovascular heart disease. What’s more, those who napped regularly decreased heart disease risk by 37 percent!

It’s important to note that these studies focused on short naps, because other research has actually found connections between long daytime naps and an increase in heart disease.

In one analysis of 21 studies, researchers compared data from over 307,000 subjects (5). Subjects who took naps longer than 40 minutes had an increased risk of metabolic syndrome, which includes health issues such as high cholesterol, blood sugar, and blood pressure. These are all associated with heart disease.

Are Naps Good For Your Brain?

Naps have indeed been shown to help with brain function. Perception, memory, and motor skills have all been shown to improve after taking a short nap.

In a 2002 study, researchers found that subjects who took a midday nap were more perceptive during tests following the short rest (6). During another study, naps improved verbal memory and procedural motor skills more than caffeine or a placebo (7).

In a 2010 study, researchers tested how napping could help improve learning. Out of a group of 44 UC Berkeley students, those who napped during the day were able to learn more (8). The researchers hypothesized that naps could help clean out our short-term memory and allow us to store more new information.

This is a big thing to consider when you’re planning out that perfect nap. You want to make sure that you are staying in the correct sleep stages so you don’t wake up feeling groggy. To understand how this works, let’s look at the sleep stages one by one.

How To Get The Best Nap Possible

Okay, it’s time for that nap. Now how do you make sure it is the best, most restorative nap possible? Follow these quick tips:

If you are thinking about taking a nap, where is the best place to do it? As noted above, your nap space could make the difference between a good nap and a great one. Here’s a breakdown of some of the most common places that you’re liable to catch some Zzzs.

Evening Naps Vs Afternoon Naps: Which Is Better?

As I noted above, when you nap can be as important as the duration of your nap. As a general rule, the best time to take a nap probably isn’t going to be in the evening, because napping too late in the day can negatively affect your sleep later that night. If you struggle with insomnia or other sleep conditions, an evening nap could exacerbate the issue.

However, this is not a hard and fast rule, because, for instance, if you’re preparing for a night shift or an overnight work schedule, an evening nap could be very important for maintaining alertness throughout the night.

Napping can offer a number of benefits, provided you do it right. Remember to keep the nap short, and don’t take the nap too late in the day if you’re hoping to sleep well that night. If you keep these and the other tips above in mind, you should be equipped to take great naps whenever you need an energy pick-me-up.