Those fans of soft, thicker bedding might want to consider the Parachute Sateen Duvet Cover. Over the years, I have been impressed with the company’s bedding and accessories, and I was very excited to try out this duvet cover. At $190, it is a bit on the pricier side, so I wanted to know if this was a good luxury choice.

To find out if this is a great luxury duvet cover, read on for my full review. 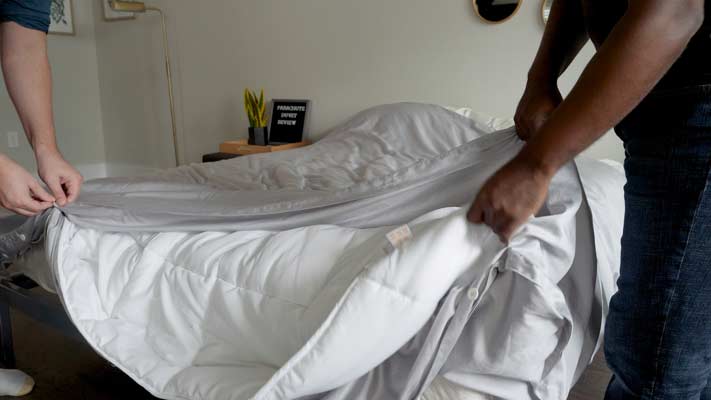 This duvet cover is made from 100 percent long-staple Egyptian cotton, a very soft material that is also very durable. It should stand up to a fair amount of use.

In addition, the duvet cover features a sateen weave which makes the duvet cover a little thicker than what one would find with percale, so it should be less breathable and more on the warmer side. Also, Parachute calls it a “matte sateen,” so it is less shiny than most sateen out there.

Parachute does not use harmful chemicals in the production of its bedding. Some companies use chemicals to artificially soften their bedding, but Parachute says its bedding will get softer with every use.

RELATED: How To Put On A Duvet Cover 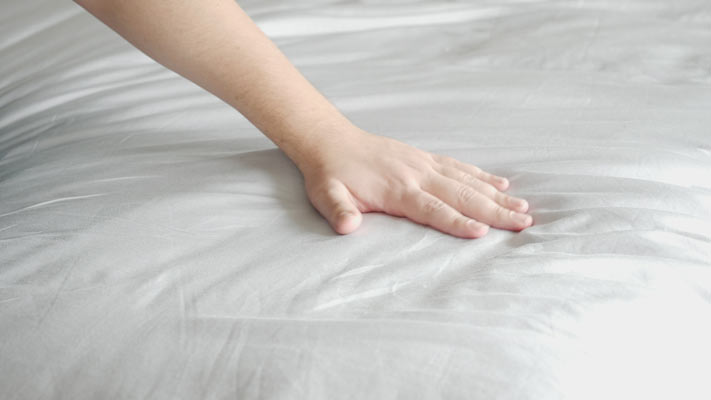 The combination of long-staple cotton with a sateen weave makes for a very smooth, silky feeling duvet cover. It is very soft to the touch and it is still very soft even after washing and drying.

However, while lying underneath the Parachute Sateen Duvet Cover, it is not very breathable. As a hot sleeper, I am prone to overheating at night. I could have used some more airflow, and I did need to throw the duvet cover off at one point.

One of the great things about a duvet cover is that one can take it right off the comforter or duvet insert and wash it at home. Having washed the Parachute at home, I can say it is an easy task, but here are a few things to keep in mind when washing and drying the Parachute Sateen Duvet Cover:

In the end, I think fans of soft, sateen duvet covers will enjoy this luxury option. However, those who sleep hot or are looking to save some money might not think this is the best choice.