Skip to content
Home » Sleep Hygiene » Can You Really Filter Out Sleep-Disrupting Blue Light With An App?
We receive free products to review and participate in affiliate programs. See our disclosure page for more information.

In case people didn’t know, the “blue” light that comes from their electronic screens can make it more difficult for them to get to sleep. Now new apps and “night modes” on electronics claim that they counter this by filtering out that blue light — but do they actually work?

First, a quick explainer. Research shows that blue light — the kind emitted from a smartphone, tablet, laptop, and television screens — can stop the human brain from releasing melatonin. (Melatonin is a hormone that makes people sleepy, and their levels of it naturally increase around bedtime). Thus, exposing one’s self to blue light at night (like scrolling through Instagram in bed) can disrupt the circadian rhythm and make it harder for people to fall asleep. 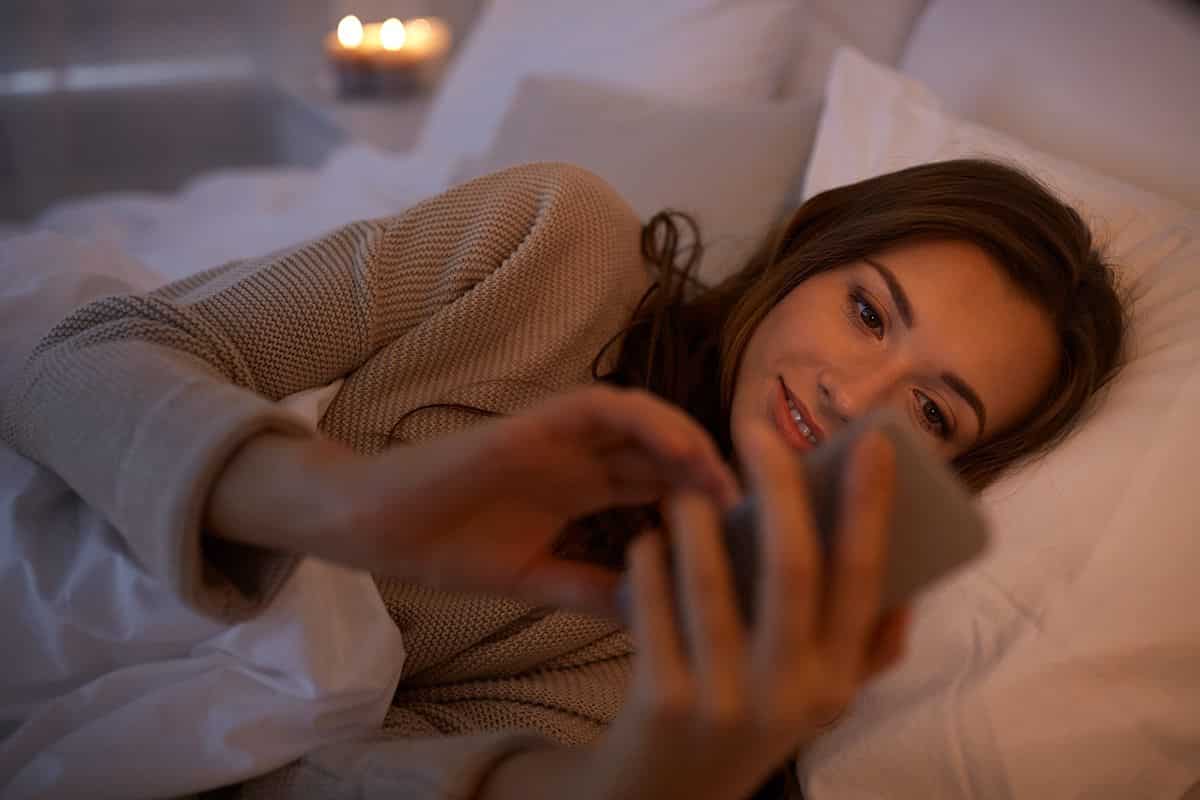 “Normally when the sun goes down and the lights turn off, our body releases melatonin, which helps us get a nice restful sleep,” optometrist Lisa Ostrin, O.D., Ph.D., told NPR. “But when we have all this artificial light on, it’s tricking those photoreceptors into thinking it’s still daytime.”

Some electronics now offer special modes or apps to filter out this blue light. For example, many Apple products offer Night Shift, which adjusts the colors on the screen to warmer, orange-y colors at night time.

“Night Shift uses the clock and geolocation of your iOS device to determine when it’s sunset in your location,” the Apple website explains. “Then it automatically shifts the colors of your display to warmer colors. In the morning, it returns the display to its regular settings.”

Research on apps and modes like this are limited, but there is some scientific proof that limiting exposure to blue light can improve sleep. One study asked participants to wear special blue-light-blocking glasses each night. After two weeks wearing the glasses, the participants produced 58 percent more melatonin and slept for an average of 24 minutes longer each night.

And Adrian Williams, a professor of sleep medicine at Kings’ College and the London Sleep Centre, told The New Statesman: “I recommend [blue-light-blocking apps] all the time – they’re strongly backed up by evidence.”

If an app doesn’t appeal to you, you can limit your blue-light exposure the old-fashioned way — by staying away from screens before bedtime. Try not to binge-watch TV shows in the evening, put your phone away before you go to bed, and keep your bedroom as dark as possible for optimal sleep.