If someone is in the market for a higher-end, bed-in-a-box mattress, then they’ve probably come across the Casper Wave and Casper Wave Hybrid, which are the two premium models from Casper’s line.

This mattress comparison will go through the construction of both mattresses in detail and highlight the main similarities and differences to help consumers make a more informed decision. 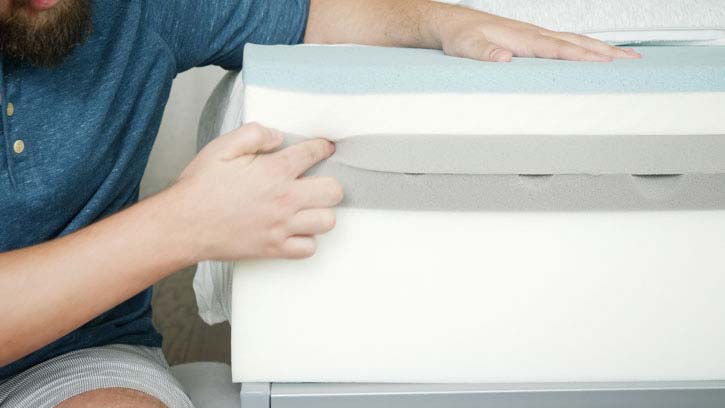 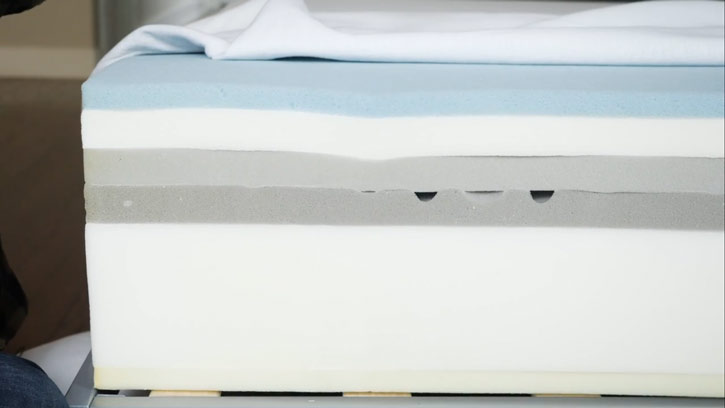 In terms of firmness, I felt like the Casper Wave was a 7/10 and the Casper Wave Hybrid was a 6.5/10. I will mention that I am a heavier person and weigh 230 lb. I believe those lighter than me could mostly feel the soft top layers of these mattresses and find them to be much softer than I did.

Here is how it felt while sleeping on the Casper Wave:

Here is how it felt while sleeping on the Casper Wave Hybrid:

Both mattresses have a similar, responsive feel. They are both soft on top, but they are also responsive. They let you sink in a fair bit, but you shouldn’t have trouble moving around. Much heavier people could feel the coils on the Wave Hybrid, but that will only affect the feel slightly.

See more of what I thought of the Casper Wave’s firmness and feel in the video below.

Now, compare this to the firmness and feel of the Casper Wave Hybrid in the video below.

If someone sleeps with a partner, it is good to think about motion transfer. If you lie down on your side of the mattress and your partner moves around, will you feel that movement or not?

I placed a glass of water on both mattresses and pressed into the surrounding area. I saw only a bit of disturbance on both mattresses. While there is some latex in the comfort layer of these two mattresses, there is also high-density memory foam. This memory foam is absorbing some of that motion so you don’t see so much transfer.

In the end, both mattresses should be a good fit for couples who don’t want to be disturbed by their partner’s movements. See our best mattresses for couples for more like the Casper Wav and Wave Hybrid.

See how well the Casper Wave handles motion transfer in the video below.

Now see how the Casper Wave Hybrid performs with motion transfer in the video below.

Whether you sleep with a partner or just want to be able to use every square inch of your mattress, edge support is worth considering. When you sit or lie down near the edge of your mattress, will you feel secure or more like you are going to fall or roll off?

While sitting down near the edge of the Casper Wave and Casper Wave Hybrid, the mattresses collapse quite a bit, and I don’t feel very secure in this position. Also, when I lie down, I feel like I might roll off both of these mattresses.

While the coils in the Casper Wave strengthen the edge a bit, neither mattress features great edge support. 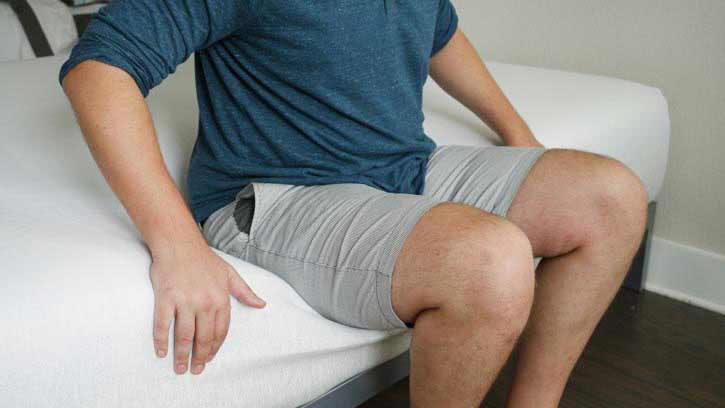 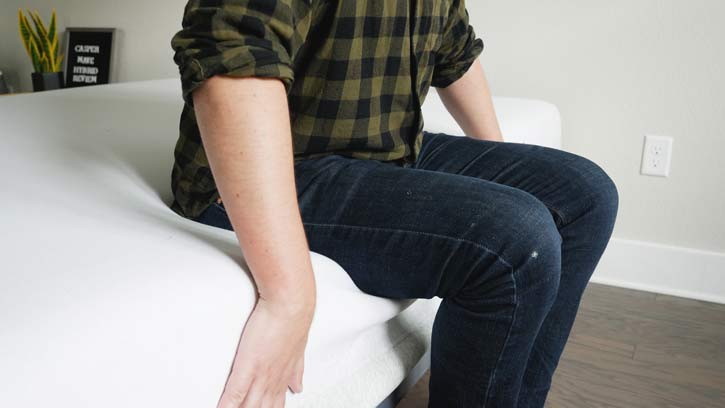 The Casper Wave should be a better choice for lighter sleepers who want to save some money. The Casper Wave Hybrid should work for larger people who want a more durable mattress.

Please leave any additional questions you have regarding the Casper Wave and Wave Hybrid in the comments below.