If you have narrowed down your mattress search to the Bear and Nectar mattresses, you may have a tough time deciding between them. On the surface, they appear quite similar.

However, if we look more closely, there are some key differences. I have broken these two mattresses down based on their construction, firmness, and who I think would benefit from each mattress.

Which mattress is the right fit for you? Read on for my full Bear vs Nectar mattress comparison.

Click Here To Get The Highest Available Discount On Bear

Click Here To Get The Highest Discount Available On Nectar 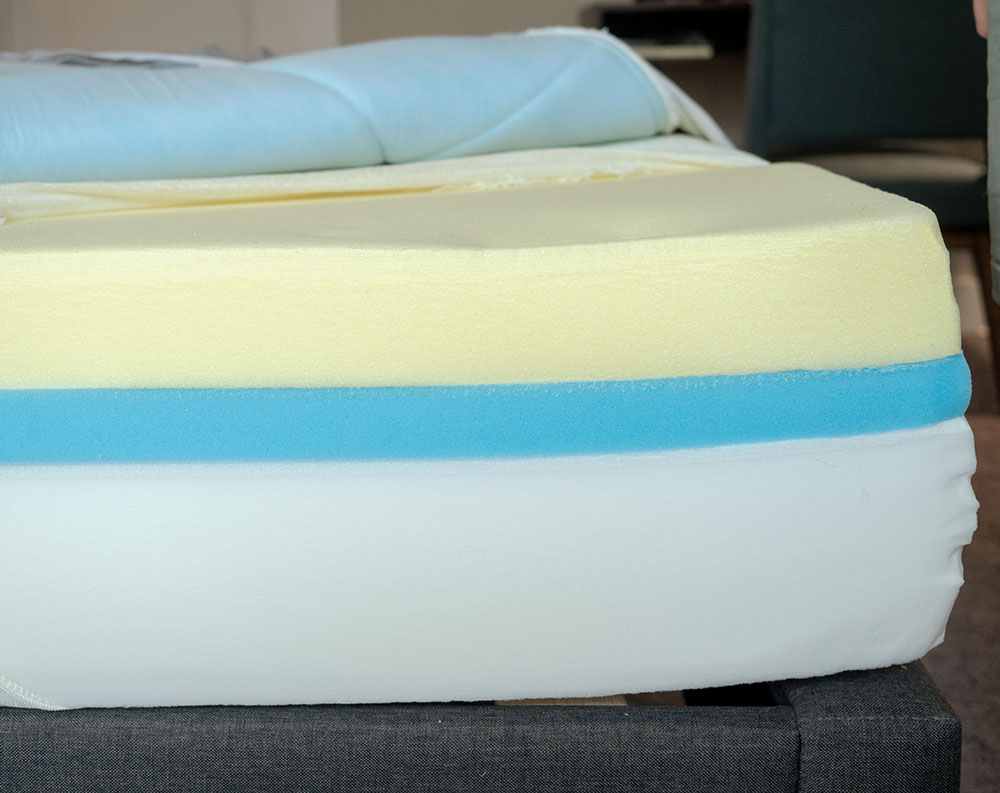 While back sleeping, I feel great support and body contouring. I especially feel the Nectar conform to the curves of the body and the foam presses up into the lumbar area.

Moving to the side, I feel better pressure relief on the Nectar because of the extra memory foam. I would say that both mattresses could be decent for side sleepers, but I definitely felt less pressure on the shoulders and hips when on the Nectar.

On my stomach, I didn’t get the best support on either mattress. I think they are both too soft for most stomach sleepers but the Bear, being firmer, is a bit more supportive in that position.

In terms of feel, the Bear has a balanced foam feel, and the Nectar has a classic memory foam feel. I sink into the Bear a just bit but am held up by the firmer layers beneath. It is easier to move around on the mattress and switch positions, but there is little bounce.

With the Nectar, I slowly sink into the mattress and get that slow, quicksandy compression, and there is also little to no bounce on this mattress.

People can see my thoughts on the balanced foam feel of the Bear in the video below.

In the video below, people can watch how the Nectar slowly responds to pressure, and then they’ll see how it has that slow, quicksand feel that memory foam is known for.

It may also be helpful to see how the firmness and feel of these mattresses stack up to others by checking out our popular Bear and Nectar comparisons like Bear vs Bear Hybrid and Nectar vs Nectar Lush.

Between the two mattresses, the Nectar performs better with motion isolation because it has more memory foam in its construction. During the tests, there was little to no disturbance of the glass. I also had Marten move around on the other side of the mattress and barely felt his movements on my side of the mattress.

I think this is because there is such a thick layer of memory foam on the Nectar, which cuts down on that motion transfer very well. I believe the Nectar is the better mattress for couples who don’t want to be disturbed by their partner’s movements.

People can watch how the Bear handles motion transfer in the video below.

Watch how well the Nectar mattress isolates motion, where the memory foam really works to cut down on motion transfer.

Since Nectar is the softer of the two mattresses, I thought it wouldn’t have the better edge support. I was surprised how I felt more secure sitting near the edge of the Nectar, and I also felt less like I was going to roll off when I was lying near the edge.

People can see the edge support differences in the photos below.  See how the Bear collapses pretty significantly when I sit on the edge of the mattress. 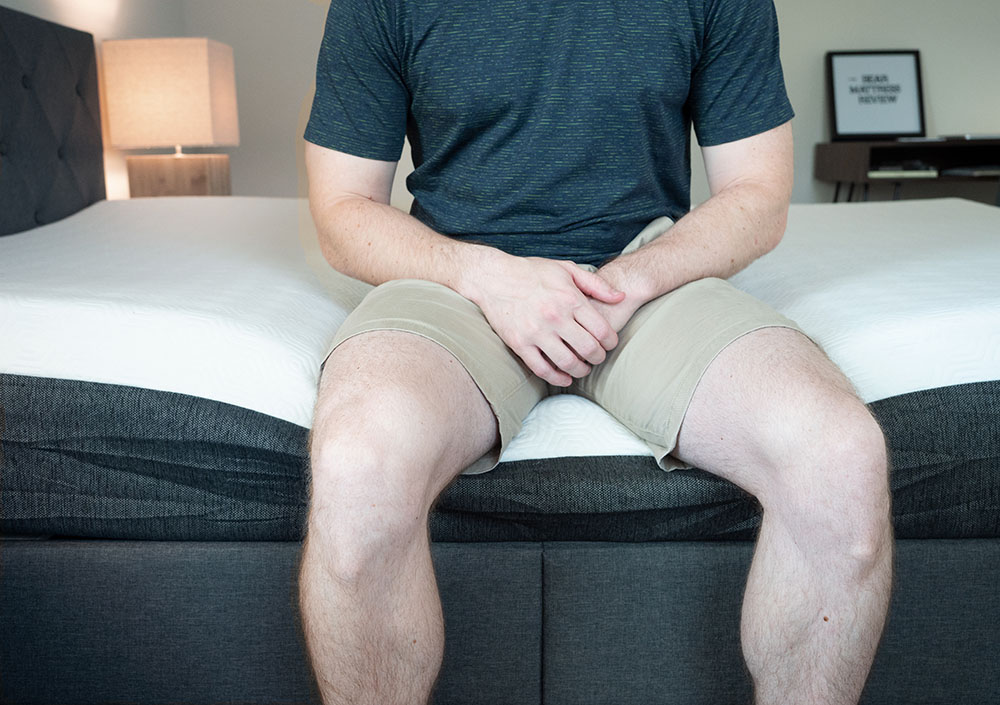 Look at how the Nectar collapses less, and I clearly look more secure as I sit on the edge of this mattress. 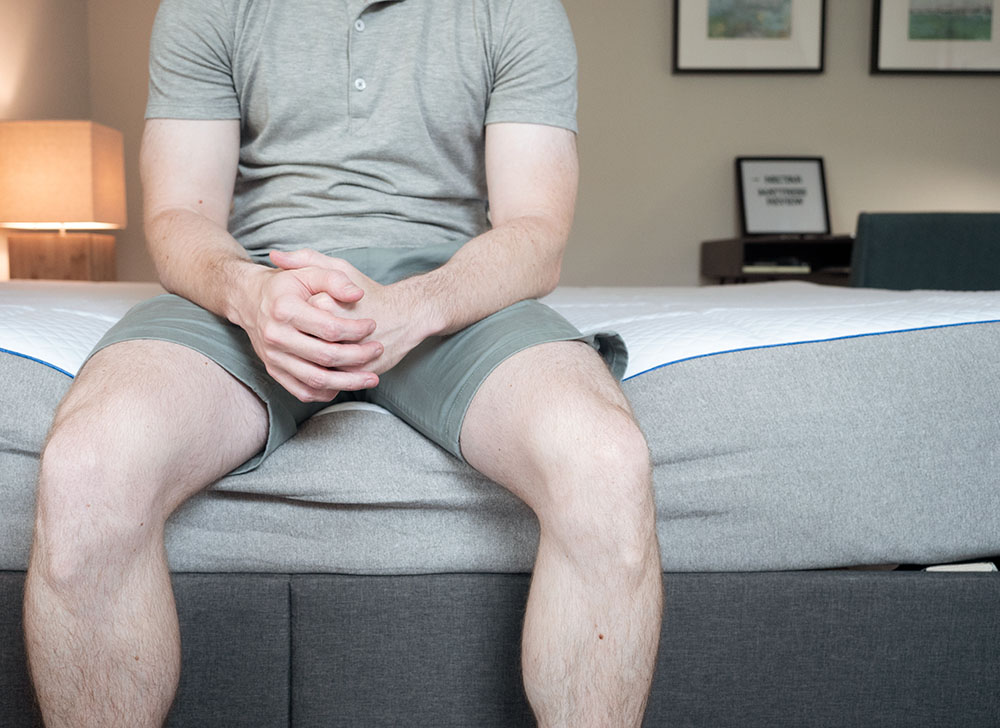 Marten is a staff writer for us and has a much different body type: He is 6’7″ and weighs about 230 lb; I am 5’9″ and 160 lb. Here is what he thought about these two mattresses and how appropriate they are for heavier sleepers:

When back sleeping on the Bear, there is good overall support, and when I’m on my side, I feel some pressure on the shoulders and hips. When I’m on my stomach, I need more support and am bowing in at my hips.

Moving to the Nectar, I feel even better support when I am on my back and feel the foam pressing up into the lumbar area. On my side, there is a bit of pressure at first, but it slowly melts away as the memory foam gets to work. I feel little pressure on my shoulders and hips as a result. On my stomach, I do need more support and am bowing in at my hips.

Even though Marten is heavier, he and I seem to agree that the Bear is the firmer of the two mattresses. He also thought the Nectar was better at relieving pressure when he was on his side. Given his size, it is not surprising that neither mattress gave him the support he needed on his stomach.

Who Should Pick Bear:

Even though these mattresses appear very similar, they are fit for different sleepers and preferences. If someone sleeps on their back, stomach, or prefers a balanced foam feel, the Bear is clearly the better choice. If someone sleeps on their side or prefers a classic memory foam feel, the Nectar is definitely the way to go. Both mattresses are excellent values with great materials, so people really can’t go wrong with either one. Please leave any specific comments or questions about the Bear or the Nectar in the comment section below.  Consumers should read through this article multiple times, assess their own needs and preferences, and then make a more informed decision.