For years, common wisdom has held that exercising in the hours leading up to bedtime can make it harder to fall asleep. Now, a new review challenges this long-held sleep hygiene recommendation by suggesting that moderate exercise before bed might actually make it easier to fall and stay asleep.

The study, which was conducted by researchers from the Institute of Human Movement Sciences and Sport at ETH Zurich, also distinguished between the effects of moderate versus vigorous exercise. While moderate exercise before bed had a small yet positive impact on sleep, vigorous exercise did impair people’s ability to fall asleep as well as their total sleep duration.

These results have potential ramifications both for athletes and the general public.

“I believe the science is strong on the fact that improved sleep is more powerful for the body than diet and exercise,” Dr. Bo Babenko, PT, DPT, head physical therapist at Halevy Life, told Mattress Clarity via email. Mattress Clarity also reached out to the study’s authors but has yet to hear back. 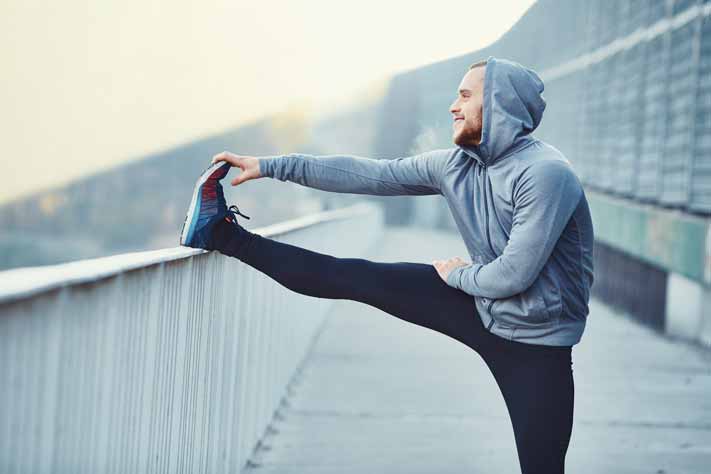 Conventional wisdom has long held that exercising before bed can inhibit sleep because exercise raises heart rate and nervous system activity at a time when people’s bodies should be winding down, Babenko says.

“Cortisol is a major hormone that the body produces in response to stress,” he says. “Normally it should be quite high in the morning and lower throughout the day leading into sleepy time. A bout of exercise can elevate your cortisol (which also blocks melatonin production) and thus can significantly disrupt your quality of sleep (in theory).”

But this new review suggests this may be truer for vigorous physical activity than more moderate exercise.

The study, which was published in the journal Sports Medicine, investigated how evening exercise might affect sleep and whether exercise or intensity moderated these effects. This investigation consisted of a comprehensive review of studies from major research databases— namely PubMed, Cochrane, EMBASE, PsycINFO, and CINAHL. The authors included studies that evaluated sleep after a single session of evening exercise compared to a control group that did not exercise.

In total, the researchers reviewed 23 studies. In order to distinguish between moderate and vigorous activity, they defined vigorous exercise as training during which a person is unable to speak — such as high-intensity interval training. Moderate activity — which includes endurance training such as running or biking — was defined as physical activity during which a person could speak but not sing.

Compared to control groups, the researchers found that moderate evening exercise within four hours of going to bed increased the amount of time that people spent in REM sleep and slow-wave sleep. This increase was small but statistically significant. Moderate evening exercise also decreased the duration of stage 1 sleep. These findings held true even if moderate activity was performed up to 30 minutes before bedtime.

In contrast, vigorous exercise within an hour of going to bed was associated with reduced sleep efficiency and higher rates of waking back up after falling asleep. The researchers speculated this might be because vigorous exercise increased body temperature at bedtime, thereby inhibiting the body’s natural wind-down process before sleep. This data was based on observations from a single study. 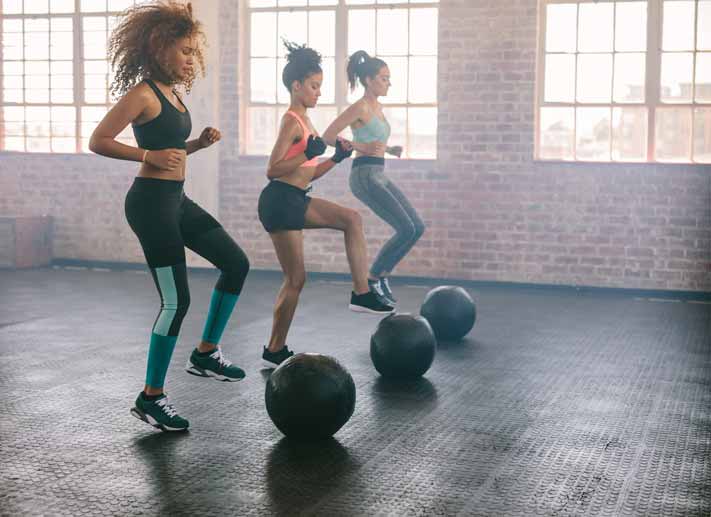 The Difference Between Moderate And Vigorous Exercise Impacts

Babenko says several factors might explain the discrepancy between moderate and vigorous exercise.

“One thought would be moderate exercise does not activate enough cortisol to disrupt the hormone pathways,” he says. “Another theory that I would suspect we will learn more about soon is a genetic component. Just as some folks are caffeine sensitive (enough caffeine after 3 p.m. and they are up at 3 a.m…), I would bet there are genetic variations to exercise along with how healthy your body is in general — providing an appropriate amount of cortisol for the amount of exercise we impose versus not enough or too much.”

As for why moderate exercise before bed might actually improve sleep quality, Babenko offers a few additional thoughts.

“There may be some effects on the breathing rate and getting the body tired but not too wired,” he says. “That is the trick, to not do too much but just the right amount like Goldilocks and the three bears. Anecdotally, I have also seen foam rolling/massage with some intensity provide for improved sleep, as well as deep breathing practice… The body needs to get signals to recover and sleep — these all may be triggering enough of an ‘exhausted’ feeling without crossing the threshold of too intense and triggering the hormone cascade of fight or flight.”

Of course, every body is different, and it’s important for people to observe what works best for them when it comes to exercising before bed. As Babenko puts it, “Better understanding of your own personal triggers for sleep are vital.”