Whether or not cannabis can assist people in obtaining better sleep is a matter of hot debate.

As cannabis is legalized in a growing number of states, cannabis researchers are finding more opportunities to study the plant, its properties, and its potential effects on human health.

Anecdotal reports suggest cannabis might have a beneficial impact on sleep, but the research still has a long way to go before declaring that cannabis can affect sleep in specific ways. We spoke with several experts in the field to develop an overview of what is known so far about cannabis and sleep. 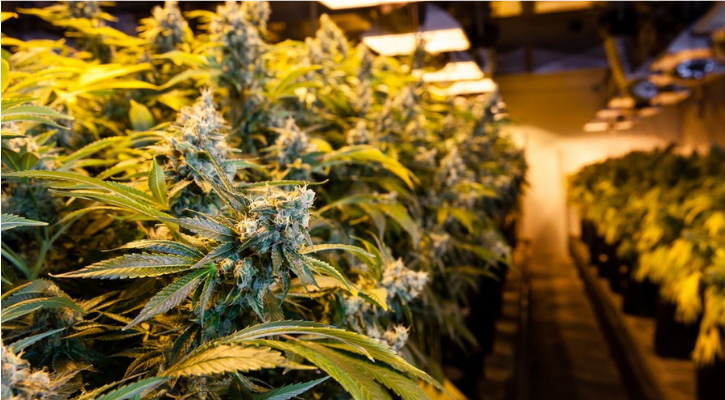 Cannabis And Sleep: A Complicated Relationship

“This is a very broad question, since there are many types of sleep ‘problems,’ including many kinds of sleep ‘disorders’,” Dr. J.H. Atkinson, MD, co-director of the Center for Medical Cannabis Research at the University of California, San Diego, told Mattress Clarity via email. Different studies have examined the effect of cannabis on particular sleep issues (for example, insomnia or obstructive sleep apnea), but there’s little research into marijuana’s effect on general sleep quality.

“In [this] review article you’ll note that some of the research addressed ‘insomnia’ in general (not specifically defined), while other work focused on a particular disorder called obstructive sleep apnea (OSA),” Atkinson says.

Cannabis’s effects on these sleep issues may not be wholly positive or negative, but rather a mix of the two.

“Looks like THC may have short-term benefit to promote sleep in ‘insomnia,’ but that chronic use may result in ‘habituation’ to its effect (meaning the good effect wears off with time, or that higher and higher doses are needed for benefit),” Atkinson told us. “Use of THC for sleep may also lead to increased ‘daytime sleepiness,’ and cause problems in getting to sleep (especially if used at high doses). On the other hand, two synthetic versions of THC (medications called dronabinol and nabilone), may help with OSA and reduced nightmares.”

Further complicating the issue is the fact that cannabis contains more than a hundred cannabinoids, or naturally occurring compounds that both work synergistically and may have individuated effects on the human body. Parsing out exactly whether and how each of these compounds affects sleep is a challenging prospect.

To date, most research has focused on two of the most well-known cannabinoids: THC (which is responsible for marijuana’s psychoactive effects) and CBD (which is non-psychoactive and is thought to promote relaxation and pain relief).

Each of these compounds may affect sleep in different ways. As Atkinson noted above, THC may help promote sleep, while synthetic THC may help reduce obstructive sleep apnea symptoms as well as nightmares.

When it comes to CBD, Atkinson told us that “[It] seems that CBD at low doses is stimulating/activating, while one study indicated that at medium to higher doses CBD may promote sleep.”

When taken together, CBD and THC may also support sleep, but Atkinson says more research is needed.

“One study focusing on chronic pain noticed a benefit on sleep with a product containing a 1:1 ratio of CBD and THC,” he says. “In summary not enough high quality, rigorous, experimental research has been done.” 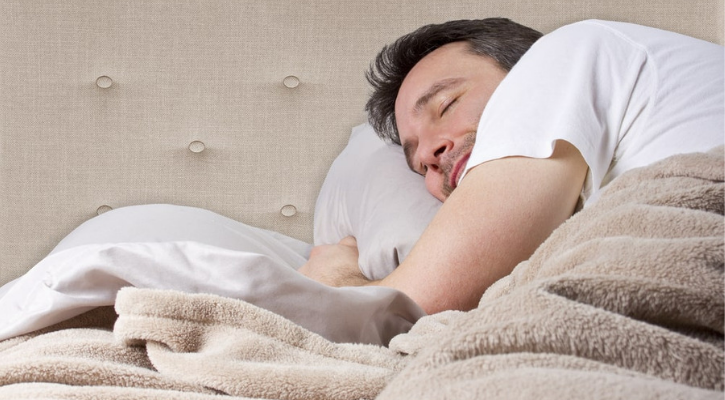 While much research still needs to be done in order to determine exactly how cannabis and its various compounds might affect sleep, anecdotal reports suggest cannabis may be useful for promoting sleep, especially for people who deal with emotional or psychological disturbances.

“Medical marijuana… can be used to help people with post-traumatic stress disorder (PTSD) sleep better at night,” Katie Ziskind, LMFT, therapist and founder of Wisdom Within Counseling, told Mattress Clarity via email. “At night, people with trauma often have more severe flashbacks. This is because the busyness of the day is over. And memories of the past can flood the brain at night. Therefore, medical marijuana can help with calming the mind, improving eating, and even promote relaxation instead of anger and regret at night.”

Paul Rathert, a co-founder of the cannabis and hemp industry consulting firm Higher Level, told Mattress Clarity via email that he began consuming cannabis to manage insomnia “after many prescription meds failed to work for five years.”

Rathert describes his first experience with marijuana, which occurred at the age of 30: “I had an experienced friend [guide me] and it was one of the most profound experiences of calm and peace I’ve ever experienced,” he told us. “It was the first time in my entire life my brain shut off and was just quiet.”

Ziskind says that Indica strains may be particularly useful for calming the mind and increasing the likelihood of obtaining sound sleep.

“Different strains have different effects on the body,” Nick Levich and Tommy Joyce, co-founders of the cannabis information site Key To Cannabis, told Mattress Clarity via email. They say that cannabis strains fall into one of three categories:

The sheer variety contained under the “cannabis” umbrella helps explain why Levich and Joyce say, “As with any sleep aid, cannabis may not work for everyone and does not work the same across all patients.”

Or, as Rathert puts it, “Caffeine is a drug. THC and CBD are drugs. Caffeine can make many people feel more alert and awake, but others feel no effects or feel the opposite effects. Cannabis can do the same thing. Some people may consume cannabis and feel wide awake and/or anxious… Individual biochemistry and calculated experimentation are key.” 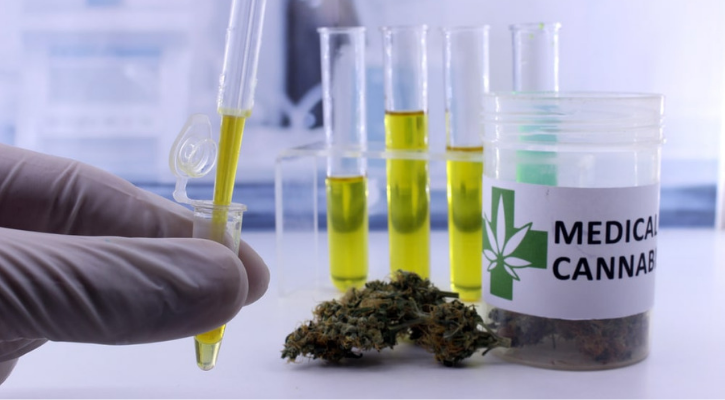 While research into cannabis is still in its infancy, legal marijuana is spreading across the U.S. — making it easy for many people to take matters into their own hands and experiment with cannabis as a sleep aid.

But Atkinson cautions against experimentation until adequate research has been conducted. “I’m not a fan of ‘let’s try something to see if it works,’” he says. “It would be best if a person consulted a physician to determine what kind of sleep problem they have.”

Atkinson also points out there are there treatment options for sleep issues that don’t involve substances of any kind, whether prescription or cannabis. “For example, a psychotherapy technique called Cognitive Behavioral Therapy for insomnia can be quite effective,” he says.

And as always, it’s important to adopt lifestyle habits that support healthy sleep, such as practicing good sleep hygiene, going to bed and waking up at the same time every day, avoiding caffeine in the afternoon and evening, and so on.

These strategies can assist people in obtaining better sleep no matter the final verdict on cannabis as a potential sleep aid.

“Research [into cannabis and sleep] is barely beginning,” Atkinson says. “Let’s hope it provides some answers and guidance for this very important problem.” 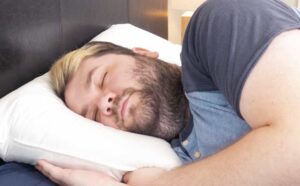 How to Get More Deep Sleep 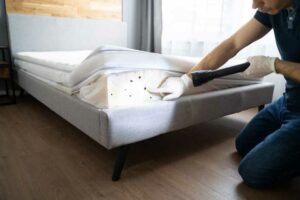 How to Avoid Getting Bed Bugs from a Hotel, According to Experts