Not much can compare to the warm, fluffy feel of a down comforter.  However, down comforters can be an investment, so you’ll want to get the most mileage out of the comforter you choose.

Down is a naturally absorbent material and it very quickly captures the scents and oils of its environment. Because of this, your comforter may start to smell or even turn yellow over time.

How can you fight this? It may seem overwhelming, but we’re here with some good tips for keeping your down comforter fresh and clean, so you can enjoy it for the long run.

Use A Duvet Cover

The quickest and easiest solution to maintaining a clean down comforter is to place it in a duvet cover. 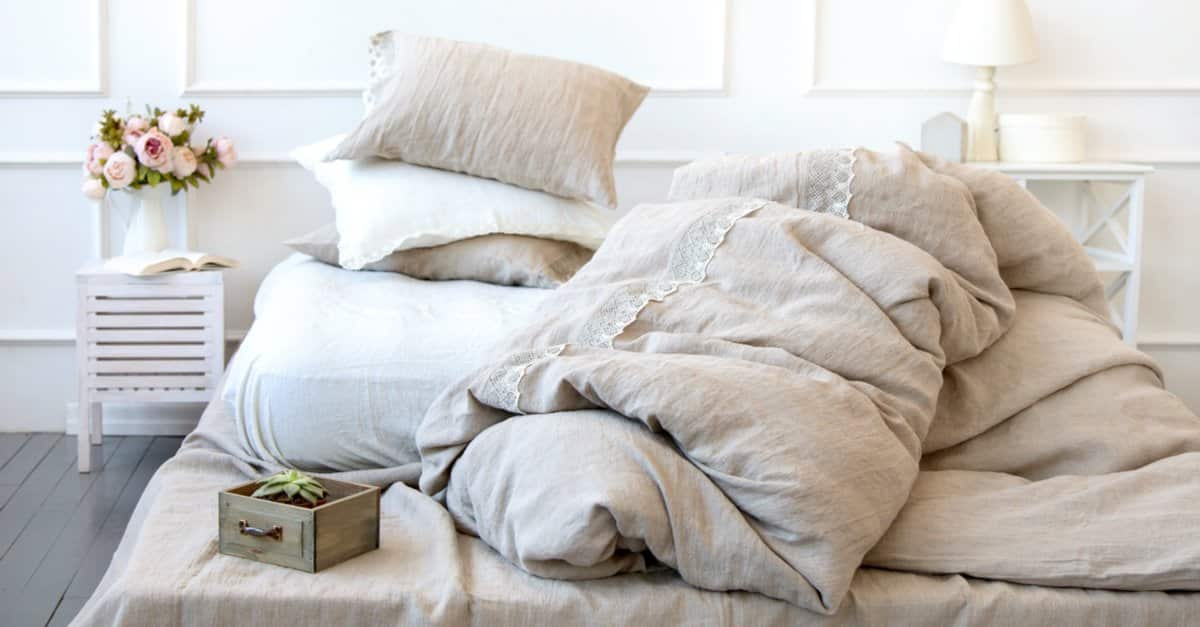 However, a duvet cover may not be for everyone. The cover can decrease the breathability of your down comforter and become uncomfortable for hot sleepers.

One way to combat odors with your comforter is by fluffing and moving around the down filling on a daily basis. This increases airflow and helps stop the clumping that can trap moisture and lead to those unwanted wet smells.

Hang Your Comforter Outside

On a low humidity day, hang your comforter on the clothesline. This will air out your comforter and fight moisture, adding freshness and fluff to the down filling. 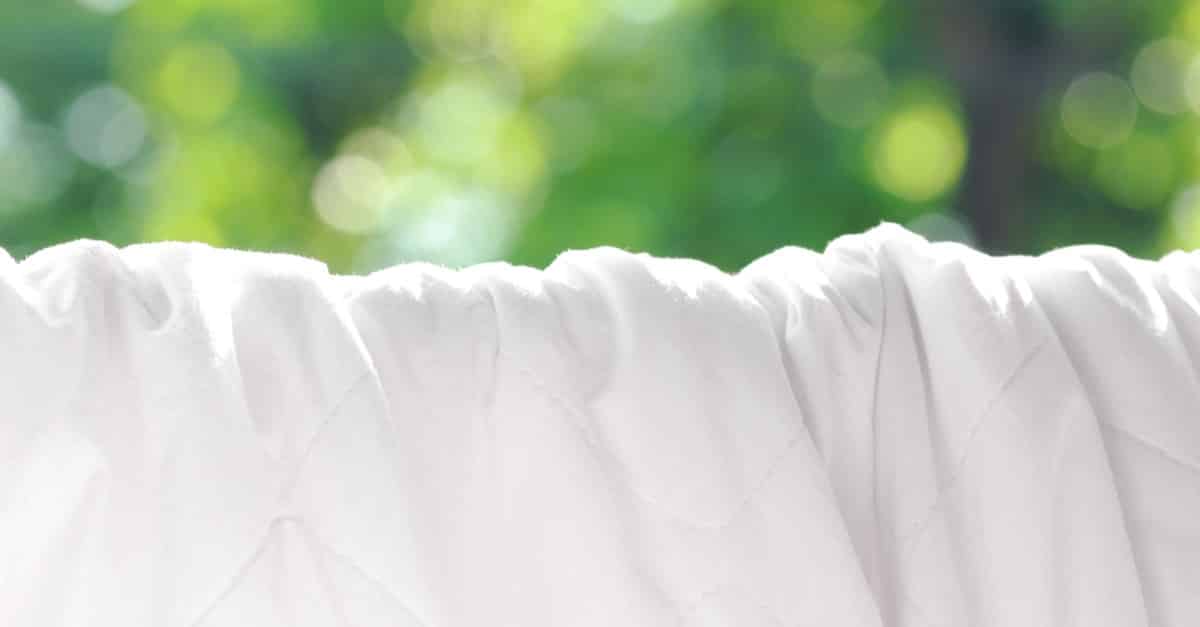 Take Off Makeup And Avoid Lotions And Perfume Before Bed

The chemicals in makeup and lotion can stain and add unwanted smells to your down comforter. Changing your pre-sleep routine to include cleaning your face of any makeup can help keep your comforter clean and fresh.

Wash your face well before bed and steer clear of those lotions and perfumes.

Stay Away From Harsh Chemical Cleaners

For those little stains, use a non-bleach, mild cleaning agent to spot clean.  Be gentle and blot the stained area with a white cloth.

Get Your Down Comforter Professionally Cleaned

Unless you have a commercial front loading washer and dryer, take your down comforter to be professionally cleaned. 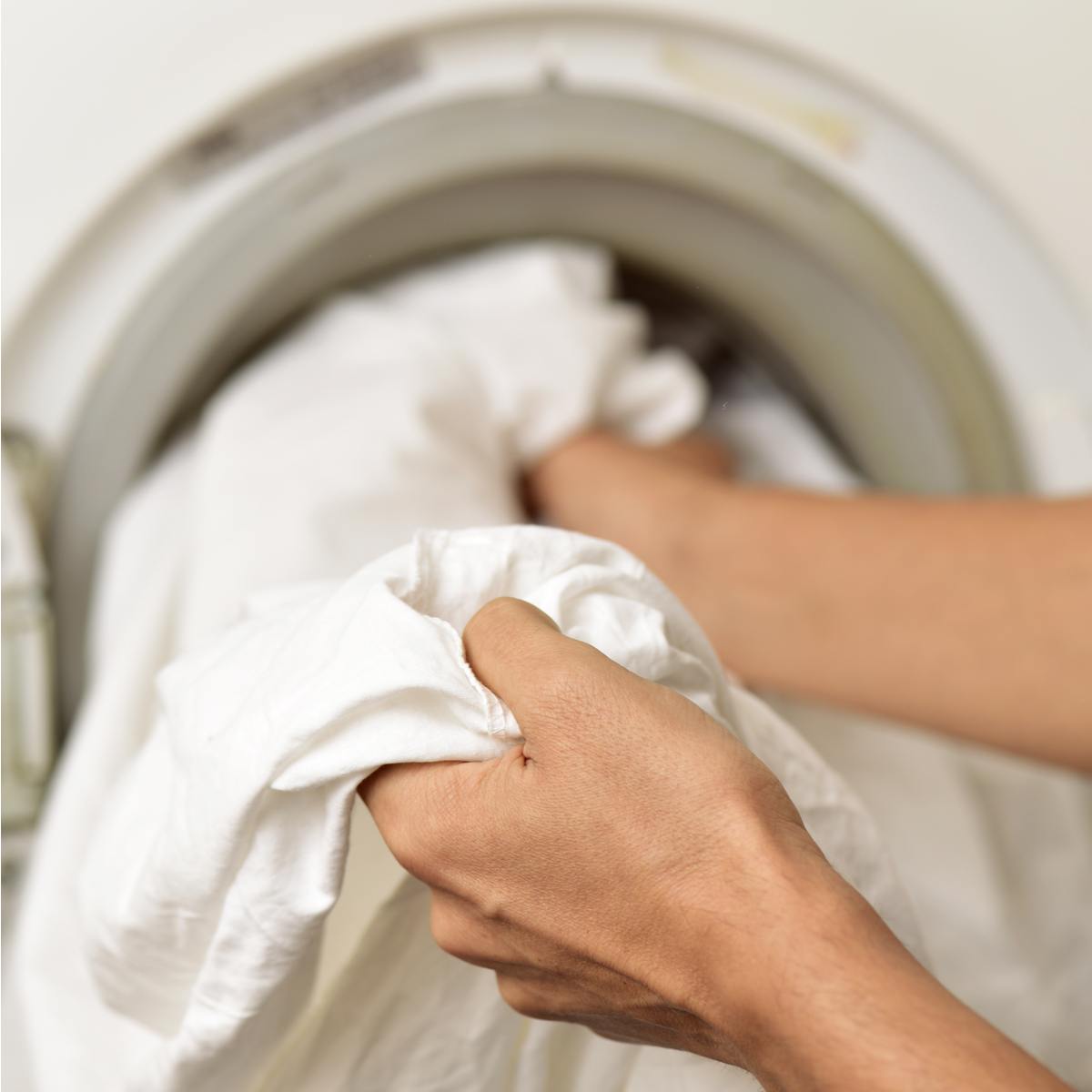 Related: Down vs. Down Alternative Comforters

Here are a few things to consider for best practices:

It may seem like an undertaking at first but, following this guide and the specific instructions for your down comforter, cleaning and care can be simple. In the end, it’s all about fighting moisture through regular maintenance.