Feeling uneasy or stressed about going to sleep is not unusual. You may be scared to go to bed after watching a scary movie, or you might feel uncomfortable sleeping alone in a new environment. These fears are normal and generally go away in time. But for some, the fear of sleep can be so overwhelming it can interfere with day-to-day activities. When sleep anxiety becomes overwhelming, it becomes a disorder known as somniphobia.

There’s not one specific cause of somniphobia and different individuals may develop it for a variety of reasons. When we sleep, we are particularly vulnerable. We’re not aware of our surroundings, and we can’t control our actions. This can be daunting for people who worry excessively about what may happen while they are asleep. They may have a fear of dying, walking or acting out, being unable to move, or experiencing terrorizing nightmares.

Regardless of the trigger, somniphobia can be treated. Sufferers can learn to overcome their fears and get the good sleep they need to function properly during the day.

Somniphobia, also referred to as hypnophobia, is a sleep phobia. It may be mistaken for insomnia or sleep anxiety, but they are three very different conditions.

Insomnia is a sleep disorder in which someone is unable to fall asleep or stay asleep. People with insomnia often want to fall asleep but for any variety of reasons — often stress or anxiety — they cannot.

Sleep anxiety is a mild to moderate fear of sleep. It often occurs in children who may be fearful of sleeping away from their parents. It’s also seen in adults; anxiety is the most common mental illness in the country, affecting nearly 20% of the population each year, according to the Anxiety & Depression Association of America. It’s not uncommon for daytime worries to feel more oppressive at bedtime, which can interfere with your ability to fall asleep and stay asleep.  General worry is a major contributor to insomnia and sleep disturbances.

Somniphobia is an excessive fear or dread surrounding the idea of sleep. It is classified as a simple phobia — an intense irrational fear of an object (like snakes) or situation (such as being trapped in an elevator). For somniphobiacs, the thought of falling asleep triggers intense and overwhelming fear.

When someone has a phobia, they will typically try to avoid the object or situation that they fear. This can be simple, if the person fears something like snakes, or it can be more disruptive to life, like if they are afraid of getting trapped in an elevator. However, sleep is essential to your health and wellbeing, and thus cannot be avoided. That can lead to sleep deprivation, which can have a host of short and long-term health problems, from anxiety, depression, and difficulty concentrating to obesity, diabetes, and heart disease. 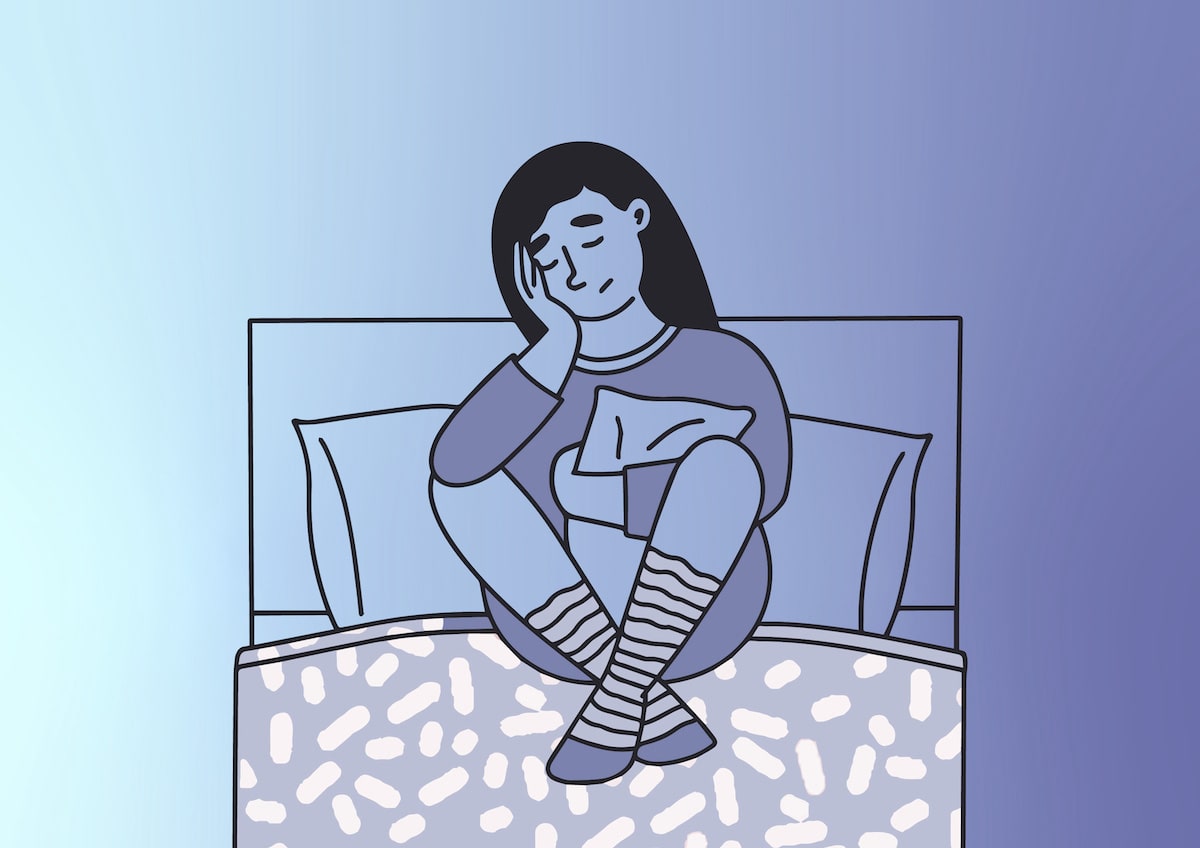 Phobias often develop in childhood and tend to go hand-in-hand with other anxiety disorders, such as obsessive-compulsive disorder (OCD), panic disorder, and post-traumatic stress disorder (PTSD).

Like other phobias, somniphobias typically develop after someone experiences a negative reaction, such as a panic attack, as the result of a specific object or situation. For example, someone may fear dogs after being bitten by one. Genetics and the environment may also play a role in who develops phobias in such situations.

Somniphobia, in particular, has also been associated with sleep disorders such as restless leg syndrome (RLS), sleep apnea, and narcolepsy.

There are several reasons why somniphobics fear sleep. Take a look below at explanations of each type of sleep-related fear.

Scared of Dying in Your Sleep

The likely causes of sudden nocturnal death include heart attack, strokes, seizures. Obstructive sleep apnea is another likely culprit. It’s unlikely to happen, especially if you’re in good health. If you do suffer from a fear of dying while asleep, you may fight sleep at bedtime. Interestingly, this fear is more common in men than women, according to research.

One sufferer describes his fear of dying in sleep in VICE as “affecting every area of my life. I try to avoid sleep by all means because I’m afraid of dying — by way of a heart attack or a fatal accident.” He continues to share the toll his somniphobia takes on him: “The next day I feel totally powerless and hopeless.”

Fear of dying while asleep is closely intertwined with death anxiety, also known as thanatophobia: the fear of your own death or the process of dying. Those with thanatophobia often become anxious when they consider the inevitability of death, and become fearful about the separation, loss, or leaving behind loved ones when they die.

Sleepwalking and Talking in Your Sleep

Sleepwalking and sleep talking are parasomnias. They involve actions that disrupt sleep — like getting out of bed and walking around or talking and/or mumbling. During these episodes people are unaware what they’re doing, but their actions can disturb others sleeping in the same bed or in the same house. These disorders are more common in children and they usually grow out of them as they approach their adolescent years. However, some people continue to sleepwalk and sleep talk into adulthood.

Actions during sleepwalking or words said during sleep talking may be embarrassing to the sleeper. For example, a person may say funny or offensive things, exhibit sexually explicit behavior, experience aggressive outbursts, or urinate in the wrong place. People who tend to sleepwalk or sleep talk may fear going to sleep when others are around to avoid possible embarrassment.

Sleep terrors are another type of parasomnia that are often associated with sleep waking. They involve episodes of screaming, intense fear, and/or flailing around while still asleep. These episodes can last a few seconds to a few minutes each. Like sleepwalking and sleep talking, night terrors are more common in children, but they can occur in adults as well. And they can be frightening for others to witness.

During a night terror, people are usually unresponsive when spoken to and often fall right back to sleep when the terror is over as if nothing has happened. The next day, they usually have no recollection of the event. As with sleepwalking and sleep talking, actions done during a night terror can be embarrassing and may trigger somniphobia.

When people enter REM sleep, the sleep stage when dreams mostly occur, the brain signals to the body to relax its voluntary muscles and enter a paralysis-like state called atonia. This prevents the body from acting out what’s happening in the REM-state dreams, such as running or kicking.

Sleep paralysis is not serious, but it is more likely to occur in people who have narcolepsy, a chronic sleep disorder that causes excessive daytime sleepiness. It’s also linked to general anxiety disorder, PTSD, insomnia, and disrupted sleep. 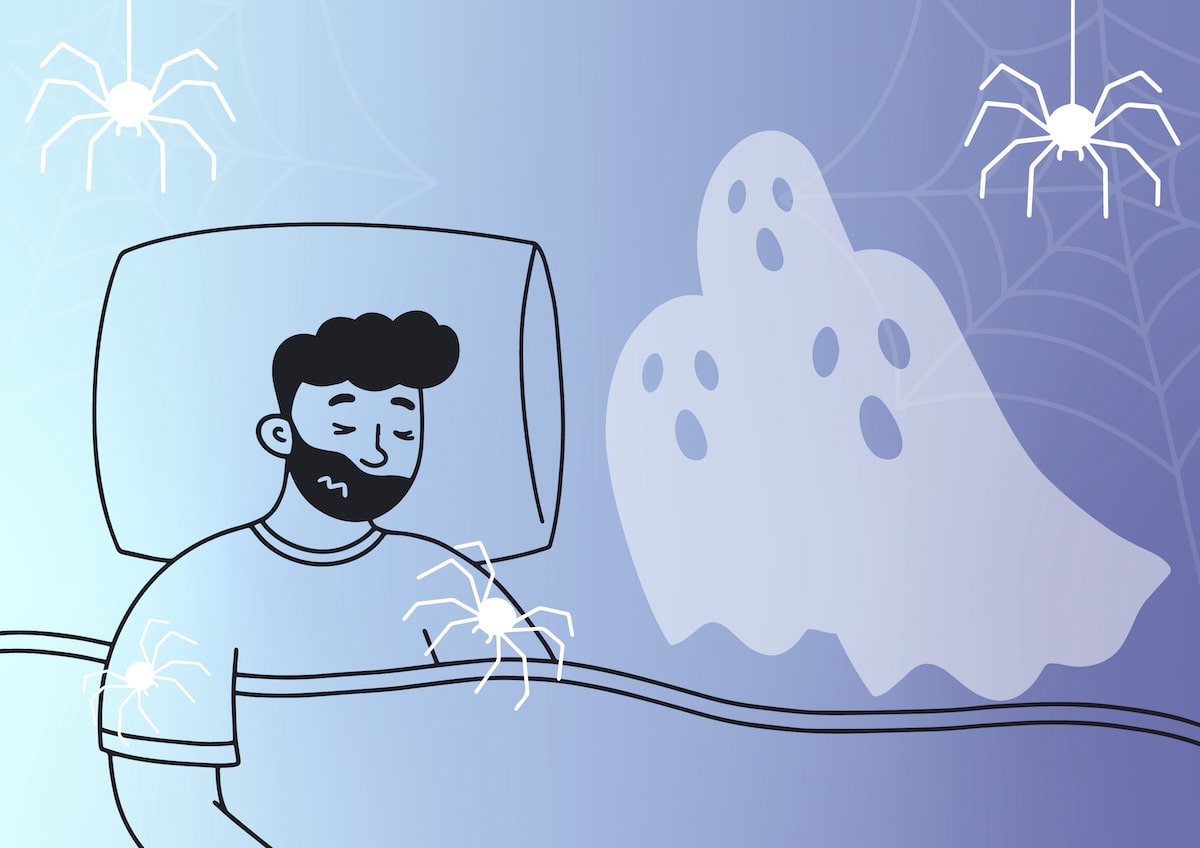 It’s not uncommon for people to experience occasional nightmares, but when they occur more often and cause distress, disrupt sleep, and interfere with daytime activities, nightmares can escalate to a disorder. People with nightmare disorder can have nightmares several days in a row or even several nightmares in one night. These dreams appear more vivid, are very upsetting, and become more disturbing as the dream begins to unfold. People usually awake during these dreams feeling anxious, angry, or sad.

People with PTSD often suffer from nightmare disorder, during which they may experience nightmares of the tragic event they experienced, forcing them to endure the trauma over and over. These nightmares are frightening as well as emotionally draining, and people may begin avoiding sleep for fear they will experience these disturbing nightmares once they fall asleep.

Living with somniphobia can be exhausting and overwhelming. The sufferer who spoke to VICE describes the feeling like this: “When I prepare to sleep I suffer a gradual increase of anxiety. My body triggers episodes of panic and choking, to prevent me from falling asleep. It’s hard to explain, you have to feel it: My pulse quickens, I tremble, I don’t know what to do. You feel powerless.”

Symptoms include a mix of mental health and physical symptoms, such as: 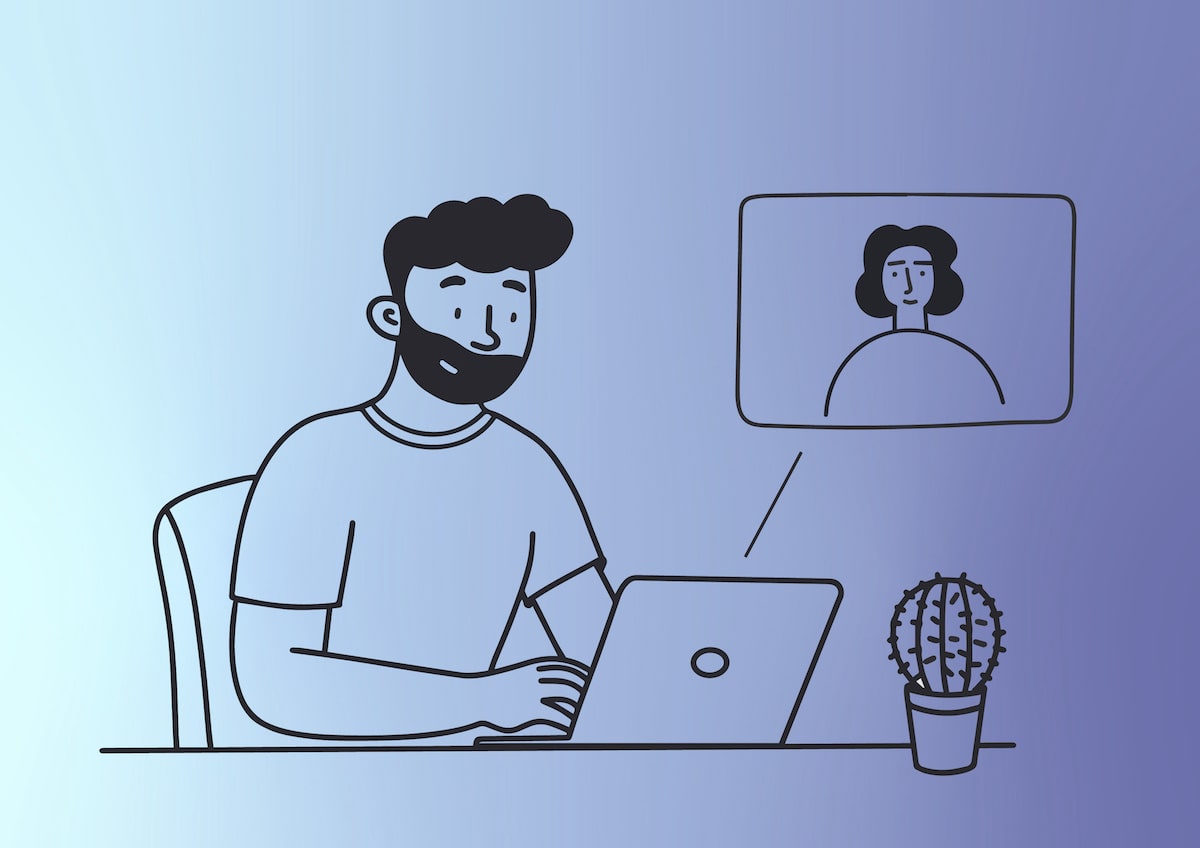 How to Manage Somniphobia and Sleep Anxiety

Somniphobia and sleep anxiety treatments include many of the same therapies that other phobias and anxiety disorders are treated with. These include:

Sleep is vital to our health and wellbeing. But if you suffer from somniphobia — an overwhelming fear of falling asleep — you will try to fight sleep while your body seeks the rest it truly needs. While sleep anxiety and sleep phobia can be debilitating, they are highly treatable. Seeking the help of a therapist can greatly improve your sleep and your overall health.