Skip to content
Note: Casper provided a loan to our company to acquire another site, Sleepopolis.com. On Mattress Clarity, we receive free products to review and participate in affiliate programs, where we are compensated for items purchased through links from our site (at no cost to the buyer). See our disclosure page for our list of comped products and affiliate programs.

Deciding between two quality mattresses like the Layla and Casper can be difficult. These all-foam mattresses have a lot to offer different types of sleepers.

To make your decision easier, I have broken these mattresses based on their constructions and who I think would benefit more from one or the other.

This mattress comparison will go through the construction of both mattresses in detail and highlight the main takeaways consumers should know about before making a purchase.

Click Here To Get The Highest Available Discount On Layla

Click Here To Get The Highest Available Discount On Casper 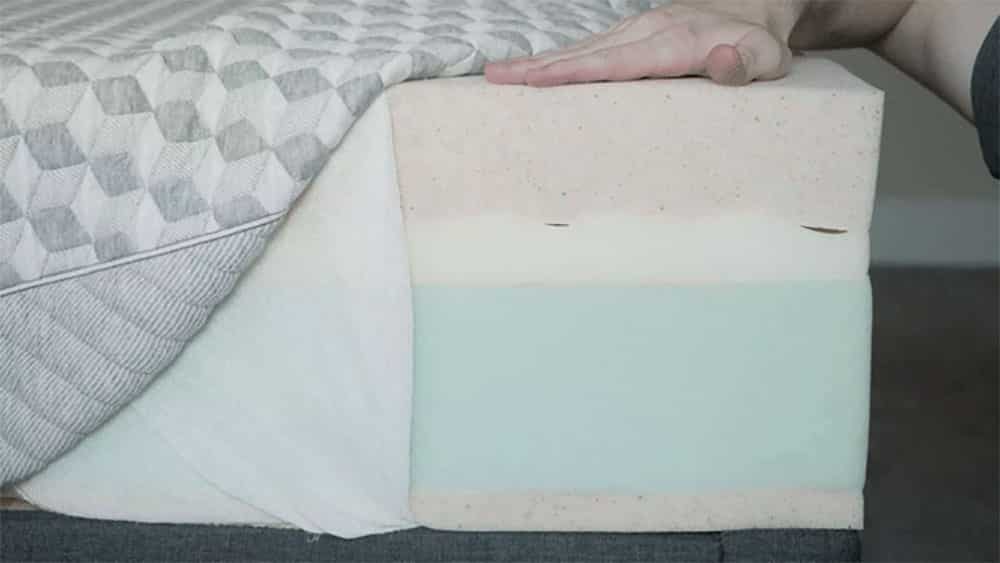 Check out the full review for the Layla mattress, HERE. 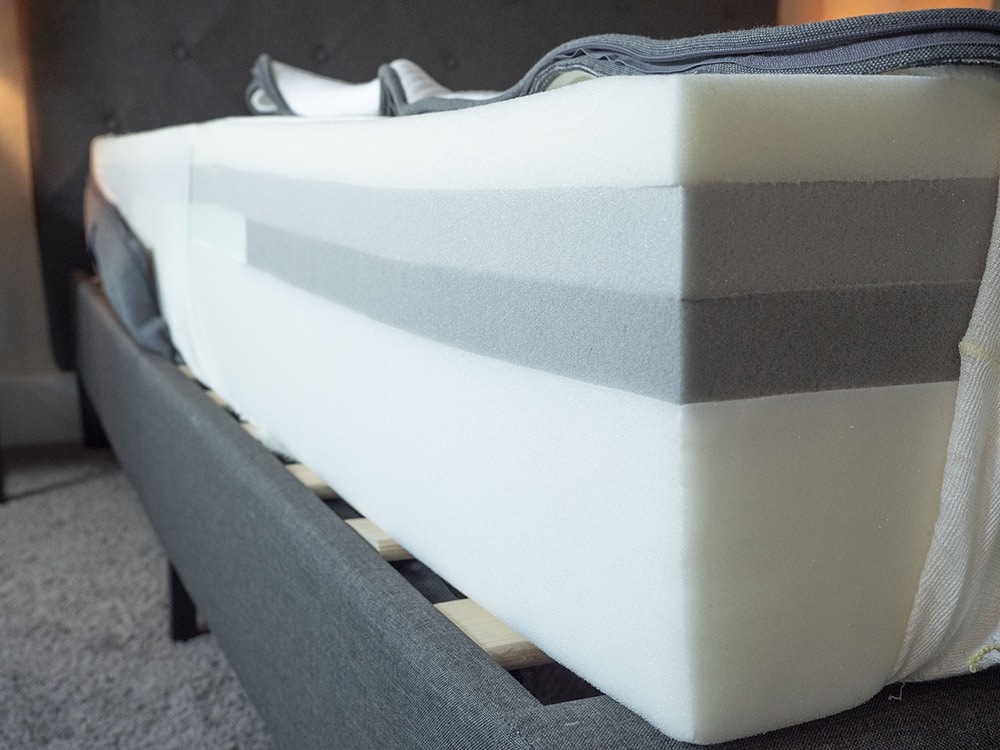 Check out the full review for the Casper mattress, HERE.

The Casper also has a zoned construction, which means that it is firmer under heavier areas like the hips. At the same time, under the shoulders, the mattress is softer and more pressure-relieving.

Because of this, the Casper felt better when I was on my back and stomach, as that zoned support kept my hips from sinking and taking my spine out of alignment.

In terms of feel, the Layla has more of a classic memory foam feel that resembles quicksand. Lying on the mattress, I slowly sink and sleep more “in” the mattress. The Casper has a balanced foam feel in which I sleep “on” the mattress, and as a result it is easier to move around on the Casper.

People can see Layla’s great pressure relief and a discussion of its firmness and feel in the video below.

People can check out the firmness and feel of the Casper and see a discussion of the zoned support in the video below.

Memory foam is usually quite good at preventing motion transfer because of its chemical nature. Since the Layla has memory foam in its top layer, I expected the motion isolation to be better than the Casper.

People can see the motion isolation differences in the videos below.

The Casper is a bit firmer than the Layla and doesn’t have that super soft memory foam on top, which helps give it better edge support in my opinion.

Sitting on the side, I felt more secure when I leaned over to tie my shoes. Also, with the Casper, I felt like I could lie closer to the edge without falling off. 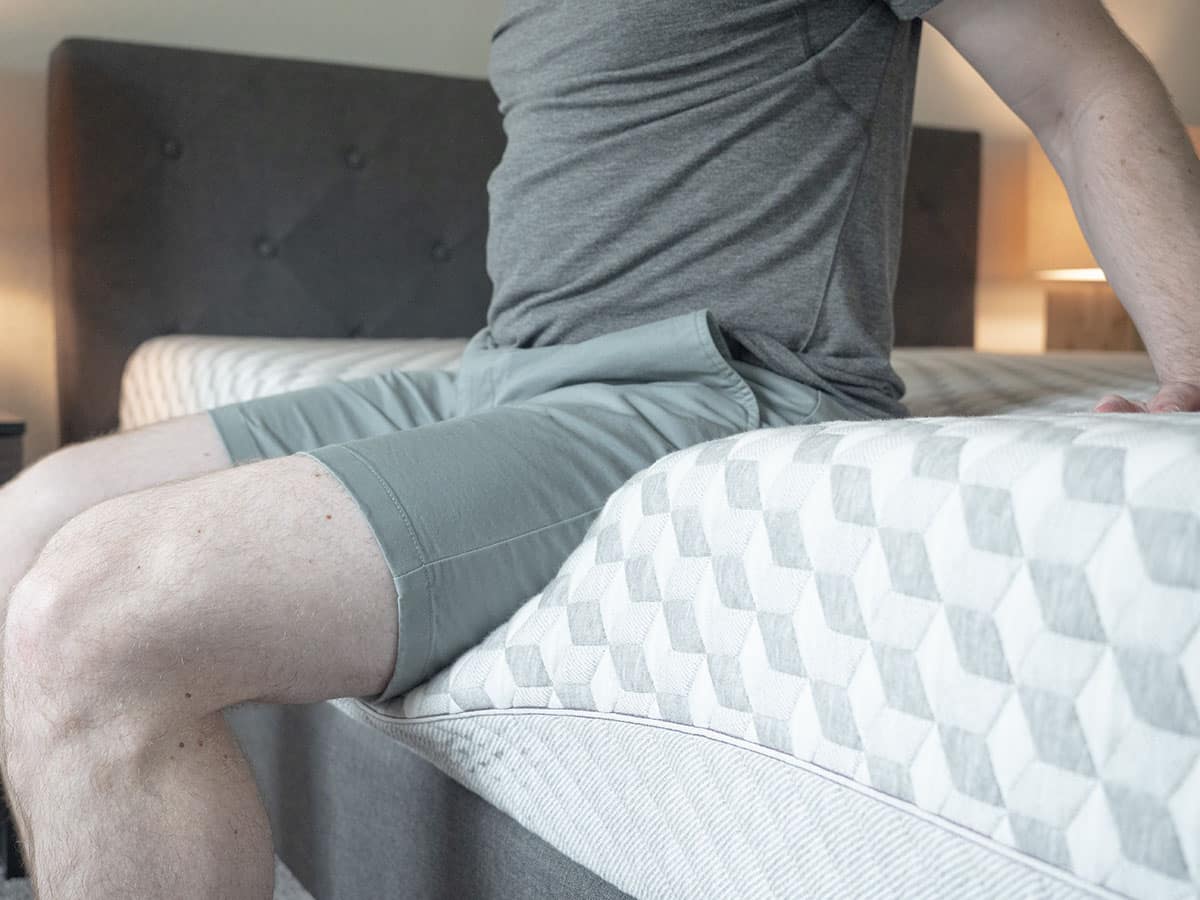 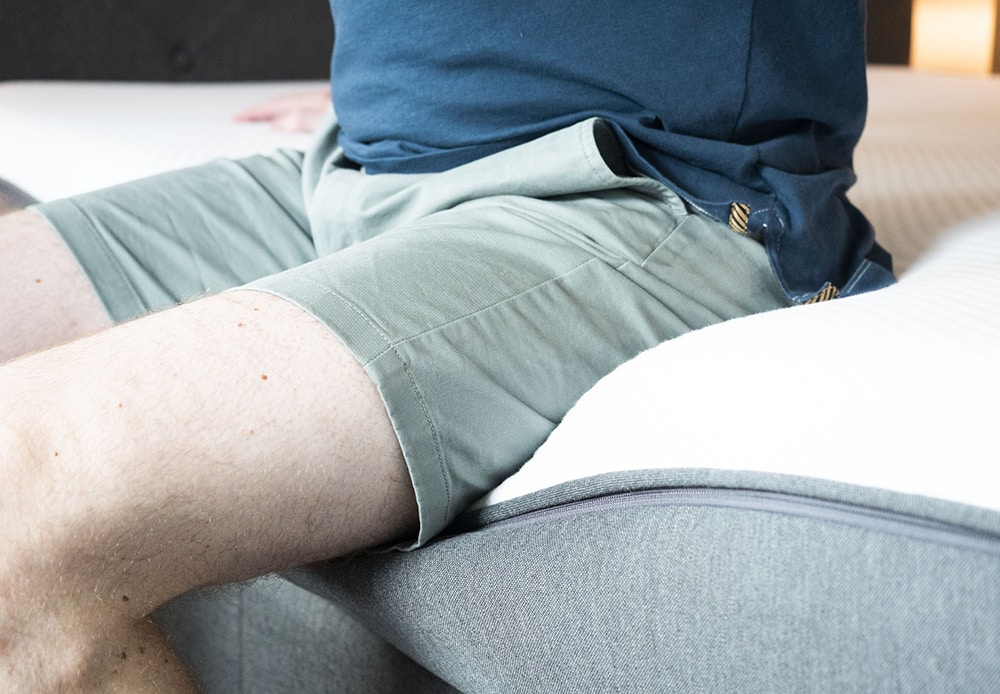 Marten is a staff writer for us and has a much different body type: He is 6’7″ and weighs about 230 lb; I am 5’9″ and 160 lb. Here is what he thought about these two mattresses and how appropriate they are for heavier sleepers.

While Marten found both mattresses to be a bit firmer, he did agree that the Layla was the softer of the two mattresses. Because of this, he actually came to similar conclusions about this mattress. The Layla was the better pick when he was on his side, and the Casper was better when he was on his stomach and back. I think that zoned support really went to work for him on his back and stomach.

Who Should Pick Casper:

Both of these mattresses could be a great choice, depending on what kind of sleeper someone is and the type of feel they are looking for. If someone sleeps on their side or likes a classic memory foam feel, they should choose the Layla, but if someone sleeps on their back, stomach, or prefers a balanced foam feel, the Casper could be the way to to go. Please leave any specific comments or questions about the Layla or the Leesa in the comment section below.  Consumers should read through this article multiple times, assess their own needs and preferences, and then make a more informed decision.