Home » Reviews » Big Fig Vs. WinkBeds Plus – Which Will Give You The Right Support?

If someone is a larger person, it can be difficult to find the right mattress, because many mattresses aren’t supportive enough for heavier weights, and there is also the issue of the mattress sagging over time.

The good news is there are mattresses, such as the Big and WinkBeds Plus, that are designed with heavier people in mind. These mattresses have complex constructions that are built specifically to cater to heavier sleepers.  This Big Fig vs WinkBeds Plus mattress comparison will go through the construction of both mattresses in detail and highlight the main takeaways people should know about before making a decision.

Read our full review of the Big Fig mattress HERE. 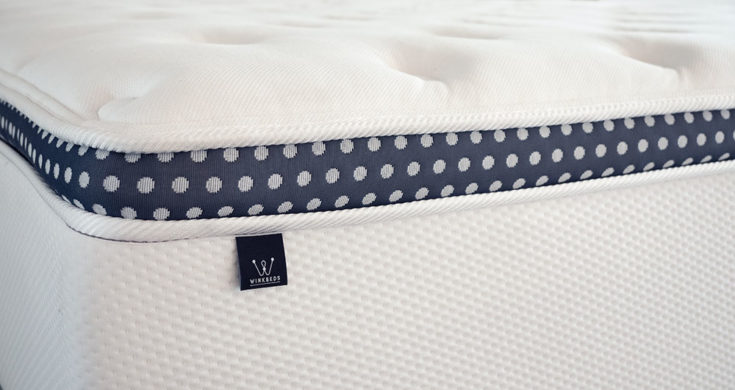 Read our full review for the WinkBeds Plus mattress HERE.

In terms of firmness, the Big Fig felt like an 8/10 and the WinkBeds Plus felt like a 7.5/10. Note that people who are heavier sleepers may have a different experience. I am 230 pounds, so I may not activate the layers of these mattresses as much as someone in the 300- to 500-pound weight range might.

In terms of feel, both mattresses have a balanced hybrid feel with a bit of a pillow-top feel as well. However, the pillow-top is definitely thicker on the WinkBeds Plus, so it feels plusher.

Both mattresses are responsive, so I had no problem moving around on the Big Fig or the WinkBeds Plus.

Big Fig
From personal experience, the Big Fig felt too firm when I was lying on my back. I felt like the mattress was pushing my butt and hips up. When people are lying on their back, they normally want their hips to sink in just the right amount. If anything, the Big Fig was too firm for me when I was on my back.

Likewise, when I was on my side, the Big Fig was also too firm for me, and I felt some pressure on my shoulders and hips.

On my stomach, I felt great overall support on the Big Fig. My hips didn’t bow in and felt very supported. I think even people heavier than me will get the support they need while stomach sleeping on the Big Fig.

WinkBeds Plus
Moving to the WinkBeds Plus, I felt great lying on my back. My hips sunk into the pillow-top just the right amount, and I was held up otherwise.

While I did feel some pressure on my shoulders and hips when I was lying on my side, it was not as much as I felt on the Big Fig. On my stomach, I also felt well supported and thought the mattress was the right firmness level.

See how the firmer Big Fig responded to my tests in this video.

See what I thought of the WinkBeds Plus thick pillow-top in the video below.

Between the two mattresses, the Big Fig handles motion transfer a bit better. Because the pillow-top is thinner, sleepers get down to the foam layers more quickly, and this foam absorbs motion quite well.

If you sleep with a partner, you should feel less of their movements on your side of the mattress. The Big Fig is the better choice for heavier couples.

See how the Big Fig cut down on motion in the video below.

Now, compare that to how the WinkBeds Plus handles motion transfer with the video below.

I believe both these mattresses are about equal in terms of edge support and they both perform well overall.

They are both firmer than average, and I feel secure sitting on the edge of both the Big Fig and WinkBeds Plus. When I was lying down near the edges, I didn’t feel like I was going to roll off or be ejected from either mattress.

See the edge support of these mattresses in the photos below. 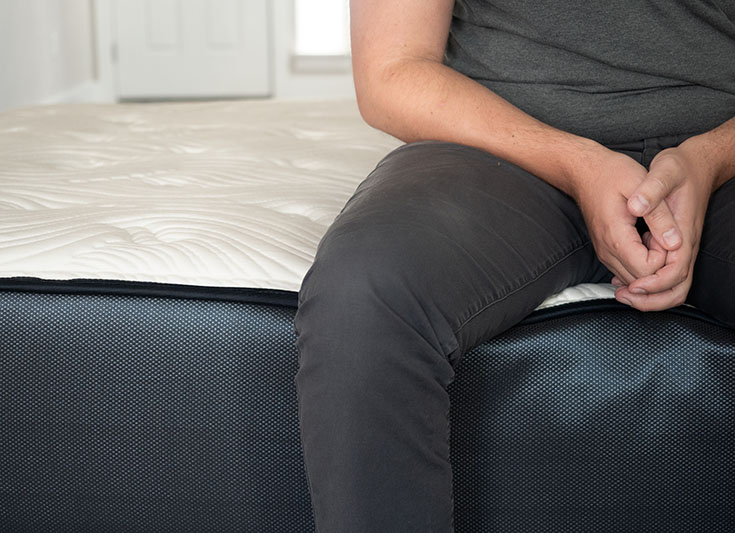 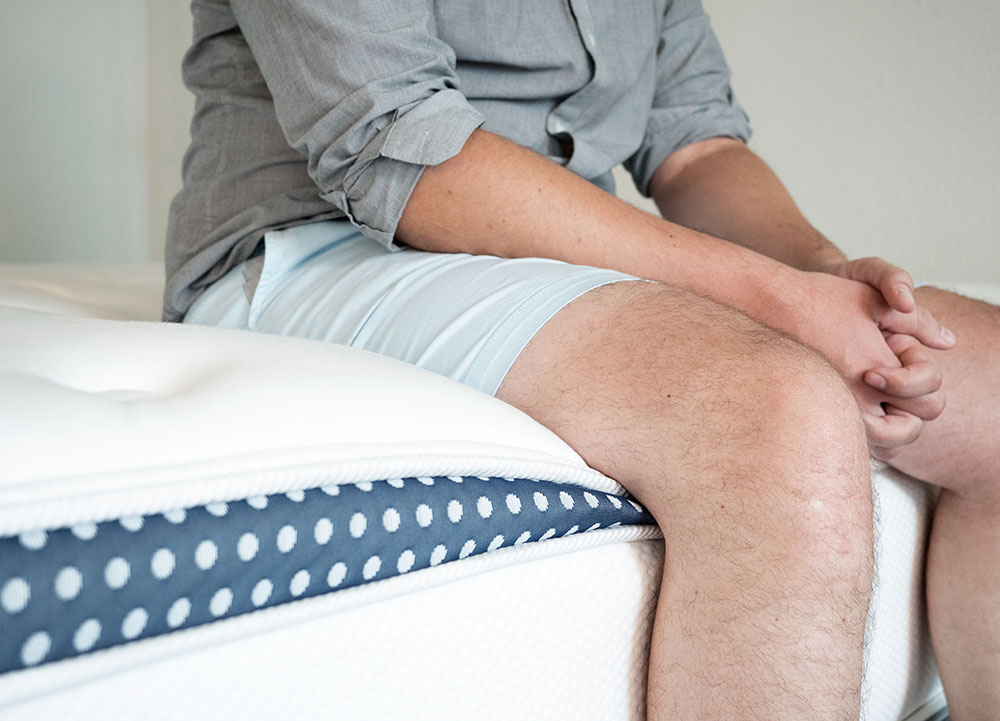 Who Should Pick Big Fig…

Who Should Pick WinkBeds Plus…

Both of these mattresses could be a good fit for heavier sleepers for a number of reasons. If someone considers their size and sleeping position, it should be easy to choose between them.

The Big Fig is better for much heavier sleepers who sleep on their stomach, while heavier back sleepers and those under 300 pounds should consider the WinkBeds Plus. Consumers should take a look through this article multiple times, assess their needs and sleeping positions, and then make a more informed decision.