We all know that parenting a newborn is guaranteed to lead to some sleepless nights. But new research suggests parents may deal with sleep loss well past the infant stage. In fact, they may be signing on for at least six years of disrupted sleep and less satisfying sleep overall.

The study, which was published in the journal Sleep, examined sleep duration and satisfaction among parents pre-pregnancy, during pregnancy, and postpartum. They found that while all parents experienced sleep disruptions for up to six years after their child’s birth, these effects were especially pronounced among new parents.

“First time parents tend to worry more and are going through the motions for the very first time,” Dr. Nikola Djordjevic, doctor of medicine and project manager at MedAlertHelp, told Mattress Clarity via email. “They are still trying to get their bearings, so to speak. Parents who already have kids pretty much already know what to do. They don’t get flustered every time their baby cries, and they know they don’t need to get up every five minutes just to check. It basically boils down to experience.” (Mattress Clarity also reached out to the study’s lead authors but has yet to hear back.)

While every child and every parent is different, this study makes one thing abundantly clear: Children can wreak havoc on our sleep well past their infancy. Here’s a closer look at this study’s takeaways. 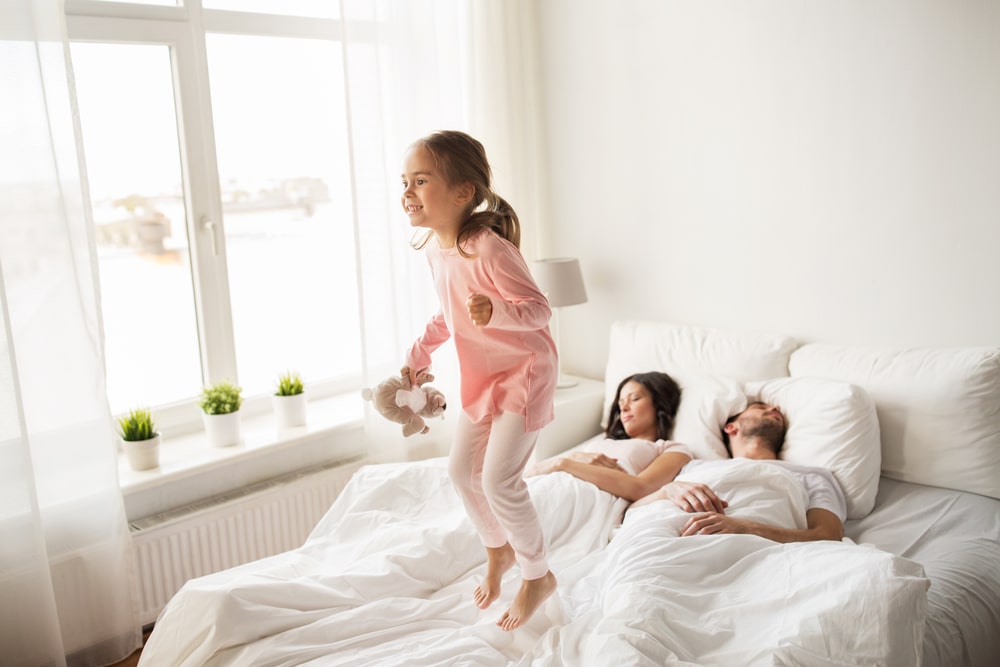 The study, which was conducted by researchers at the University of Warwick, followed 4,659 parents between 2008 and 2015. Participants included 2,541 women and 2,118 men; these parents provided info about their first, second, or third child. (It is unclear whether the study included non-heterosexual or non-cis couples.) Participants shared information about their sleep in annual interviews each year for the study’s duration.

Here’s an overview of what the researchers found:

All told, parents experienced sleep disruptions and remained somewhat unsatisfied with their sleep from their child’s infancy up until the age of six. But of course, this number may vary depending on individual circumstances.

“Some parents face this for even more than six years, depending on their situation,” Djordjevic says. “Parents of children with special needs, for example, [may not] get a good night’s sleep for the rest of their lives because they will… worry about the needs of their child and some even have to get up often to see if their kid is comfortable.”

In general, though, Djordjevic says it makes sense that sleep tends to improve for parents when their children reach preschool age.

“This positive change can be attributed to the fact that kids in this age group already have an established sleep pattern and are or have already been transitioned to sleeping on their own beds,” he says. “This significantly lessens the amount of disruption on the parents’ sleep schedule. In addition, parents themselves have already adjusted to parenthood and have also established a schedule that allows them to get enough sleep while still [meeting] all of their children’s needs.” 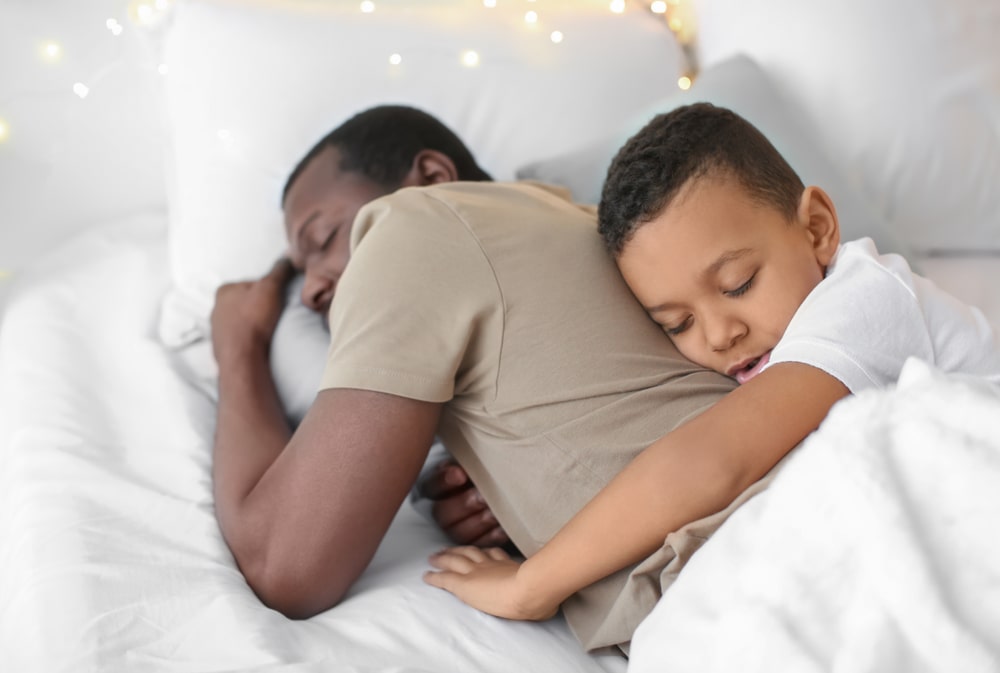 How Parents Can Improve Their Sleep

For new or experienced parent struggling to get enough sleep, there are several strategies that can help to maximize the sleep parents do get, Dr. Kent Smith, DDS, D-ABDSM, clinical director at Sleep Dallas and president of the American Sleep & Breathing Academy, told Mattress Clarity via email. Those strategies include:

All told, Smith says, it’s essential for parents to capitalize on any opportunity they have for sound sleep. “Sleep time is in short supply, so make sure there isn’t anything else hindering the sleep you do get.”