Co-sleeping — that’s the practice of sleeping in the same bed as one’s infant, baby, or child — is a much-discussed practice. Many parents opt to share a bed with their babies in order to make breastfeeding during the night easier, as a bonding experience, or simply to soothe a fussy sleeper. But others believe that co-sleeping is irresponsible, or even dangerous.

In 2016, the American Academy of Pediatrics released a statement recommending that new babies should sleep in the same bedroom as their parents, but on a separate surface (like in a crib or a bassinet) for the first 6 months — and ideally the first year — of their lives. According to the AAP, following these guidelines can decrease the risk of sleep-related deaths like Sudden Infant Death Syndrome (SIDS) or accidental suffocation. 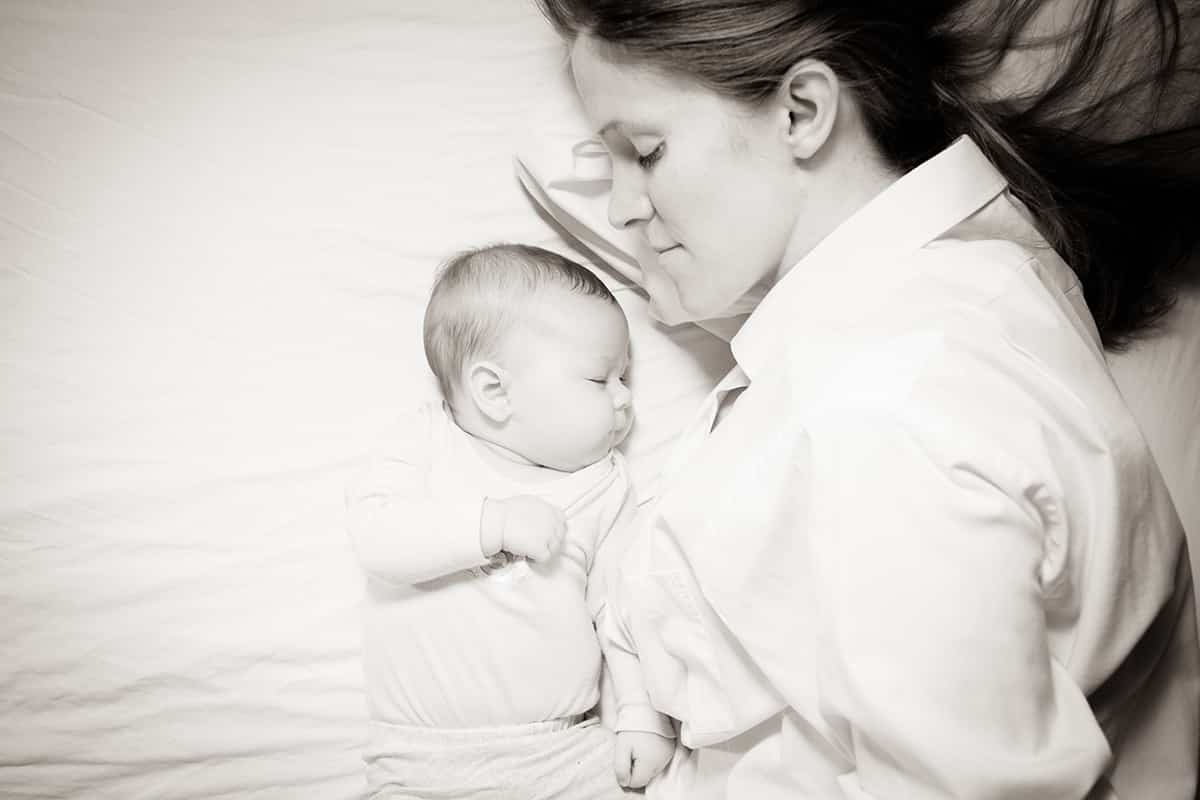 A study on the topic analyzed the sleeping habits of 103 new moms in Europe during the first year of their baby’s life. Researchers found that moms who choose to co-sleep with their infants after they are 6 months old often feel judged for this choice, and as such may be more depressed than moms who do not choose to co-sleep after the baby is 6 months old.

“We definitely saw that the persistent co-sleepers — the moms that were still co-sleeping after six months — were the ones who seemed to get the most criticism,” researcher Douglas Teti said in a press release. “Additionally, they also reported greater levels of worry about their baby’s sleep, which makes sense when you’re getting criticized about something that people are saying you shouldn’t be doing, that raises self-doubt. That’s not good for anyone.”

RELATED: Pregnancy Pillow Guide: What To Know Before You Buy

However, there’s a bit more going on in this study than the basic takeaway suggests. Women who carried on with co-sleeping after their babies were 6 months old, in general, earned less money and had less space in their homes. On average they were also younger, more likely to be single, less likely to have a college degree, and more likely to be unemployed than moms who did not co-sleep past 6 months. All of these things could definitely contribute to a woman feeling depressed, or judged for her parenting decisions.

Ultimately, it doesn’t do anyone much good if we judge moms for their parenting decisions. But it’s important to know what medical professionals recommend and to make informed decisions based on the available research and guidelines.