The global sleep apnea devices market is growing rapidly and may reach a predicted $9.78 billion by 2024, according to a new Zion Market Research report.

Another market research report estimates that figure to be closer to $3.7 billion. Both reports suggest the global sleep apnea devices market will continue to grow dramatically over the next several years.

Per the Zion Market Research report, this growth is especially pronounced in several regions around the globe, namely Brazil, China, France, Germany, India, Japan, the UK, and the United States. The report also analyzed the current state of the industry and the growing demand for sleep apnea devices across the world.

“Sleep apnea device sales are on the rise for a variety of reasons, not the least of which is a massively improved level of patient awareness” Dr. Jeff Rodgers, DMD, D-ABDSM, D-ASBA, board-certified expert in sleep and a dental sleep medicine practitioner at Sleep Better Georgia, told Mattress Clarity via email.

In spite of growing awareness, sleep apnea is still quite under-diagnosed.

“People estimate that in the country, we’ve probably diagnosed about 20% of the cases,” Dr. Noah Siegel, physician and director of sleep medicine and surgery at Harvard’s Massachusetts Eye and Ear in Boston, told Mattress Clarity over the phone.

As more and more people are appropriately diagnosed, it’s likely the sleep apnea devices market will continue to grow. 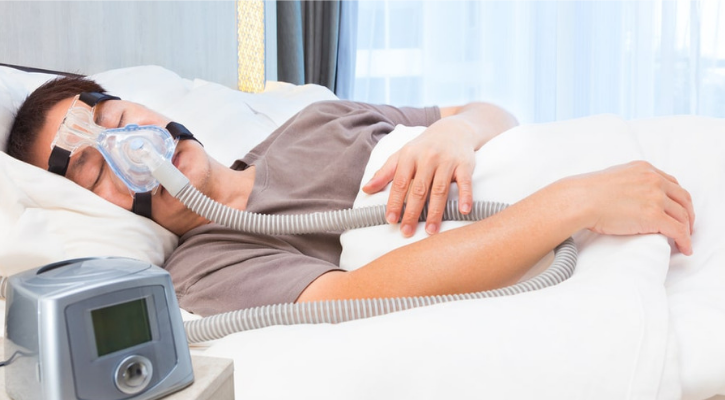 “Sleep apnea is a sleep-related breathing disorder which causes breathing to repeatedly stop and start during sleep” Rodgers says. “There are three types of sleep apnea: obstructive, central, and mixed. Obstructive sleep apnea is the most common. It occurs when the throat muscles relax and block the airway during sleep, preventing proper breathing.”

According to Rodgers, rising awareness of sleep apnea and associated sleep issues is likely the primary driving force behind the growth of the sleep apnea devices market.

“Patients are becoming better educated,” he says. “Many are becoming aware that even snoring is a pathology, and they’re seeking treatment.”

Laypeople are becoming better educated about sleep apnea for a couple of reasons, Rodgers says. “The best source of awareness is within the medical community itself. As a whole, the community has increased its own level of education and awareness, which means that more patients are becoming aware of the disorder, as well,” he says.

The rise in commercial opportunities within the sleep apnea devices market may also be spurring consumer awareness.

“There has been an increase in awareness due to a new surge of companies making cheap, low-quality, and ineffective sleep apnea ‘solutions,’” Rodgers says. “These companies market heavily, which does increase patient awareness, but unfortunately these solutions interfere with the patient receiving effective treatment.”

Siegel told us that a few other factors might help to explain the growing awareness around sleep apnea.

“The importance of optimal sleep seems to be creeping up on people’s radar — that, yes, there are substantial implications of sub-optimal sleep,” he says. “Patients are progressively more and more aware that snoring may be a symptom of something not necessarily benign.”

Additionally, Siegel points out that there’s an association between sleep apnea and higher body weight. “As the population gets heavier, [people are] more likely to suffer from difficulty breathing at night,” he says. 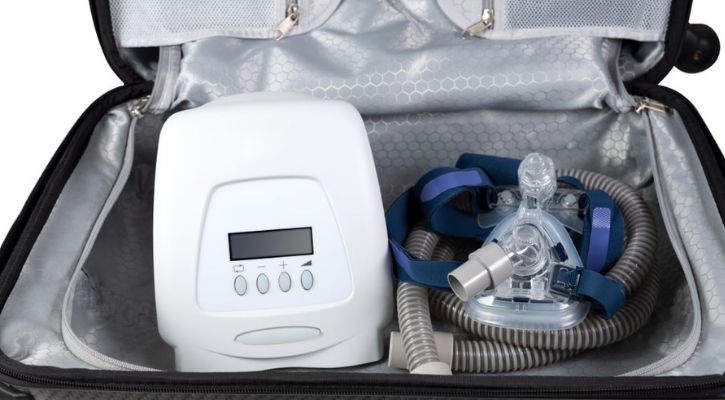 Most sleep apnea devices currently on the market focus on managing obstructive sleep apnea. Thus, “the idea behind [these] approaches is to increase air flow and oxygen absorption through pressure or an enlarged or supported airway,” Paul Peterson, DDS, a dentist at Advanced Cosmetic Dentistry, told Mattress Clarity via email.

As a general rule, the first line of defense against obstructive sleep apnea is the use of a CPAP machine.

“Far and away, the most common device is using pressurized air to keep the airway open,” Siegel told us. “That’s commonly referred to as CPAP.”

Other devices focus on keeping people off their backs in order to reduce the likelihood or intensity of snoring. “In the vast majority of people, their snoring is worse on the back,” Siegel says. “There are devices that are designed to keep people off their back; we call those positional therapies.”

These positional devices may take several forms, Siegel says. Some are worn on the body and make it uncomfortable for the wearer to lie on their back. One electronic device, dubbed Night Shift, resembles a collar and vibrates whenever the wearer rolls onto their back, thus encouraging a change in position.

Another primary category within the sleep apnea devices market is that of oral appliances. “These are generally worn on the teeth, and the idea there is that it takes the lower jaw and advances it forward,” Siegel says. This mouth positioning helps to expand the airway. While oral appliances can be purchased over the counter, Siegel recommends that patients seek the guidance of an experienced sleep dentist.

There is also an implantable device option. Per Siegel, the surgically implanted device wraps around the nerve that goes around the tongue and helps keep the muscles in the throat contracted, thereby helping the airway to remain open.

While all of these devices may assist in the management of sleep apnea, none of them represent an immediate cure.

“The nature of sleep apnea means that there is no “magic pill” to quickly cure the condition,” Rodgers told us. “The only way to truly treat the disorder is through consistent, nightly use of a sleep apnea device that physically opens up the airway, or through surgery in some severe cases. There are other methods outside of sleep devices or surgery that can help manage the condition — losing weight, for example — but in most cases, either a CPAP or oral appliance is required for long-term treatment.” 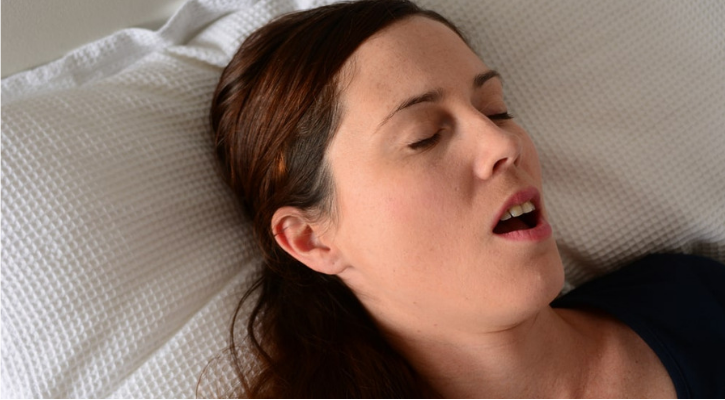 The Importance Of Managing Sleep Apnea

No matter the cause or type of sleep apnea, each of the experts we spoke to stresses that it’s important to take steps toward managing the condition. That’s true for several reasons.

For starters, Siegel says, “People with sleep apnea tend to be more tired during the day… It can impact an individual’s quality of life, productivity, attention, focus, [and so on].”

Additionally, Siegel points out that somebody with sleep apnea may make noises during the night (such as snoring) that may disrupt the sleep of a bed partner or anybody else who’s sleeping in the same room.

Finally, “untreated sleep apnea stresses the body,” Siegel says. For this reason, sleep apnea is considered a risk factor for a number of serious conditions including high blood pressure, irregular heartbeat, heart attack, and stroke. Furthermore, the sub-optimal sleep that generally occurs because of sleep apnea may be a risk factor for neurological issues.

While the consequences of sleep apnea may prove daunting, Rodgers says “the good news is that sleep apnea is highly treatable. Treatment will significantly improve a patient’s health — not to mention their quality of life!”

How Long Before Bed Should You Stop Eating?