Sleep fitness and mattress company Eight Sleep recently unveiled its new smart bed, the Pod. The high-tech mattress includes temperature-regulating technology, biometric tracking, and even an AI sleep coach. According to the company, the Pod is designed to help you get the healthiest sleep possible.

We spoke with Jeff Hornstein, marketing manager at Eight Sleep. “The Pod truly was made for everyone that is looking to improve/optimize their sleep,” he said in an email. “The science connecting temperature and sleep is undeniable, and we are setting out to help people finally control this key aspect of their sleep.”

The Pod is 11” tall and contains coils, Adaptive foam, and Active Grid technology. The Active Grid relieves pressure and contains a sensor network that helps monitor physiological and environmental information.

This Grid connects to the Hub, which Eight Sleep refers to as the mattress “engine.” It houses a water tank that allows for temperature regulation. Using the Eight Sleep mobile app, the customer can then manually control the temperature of the mattress between 55 and 100 degrees Fahrenheit.

In addition, Eight Sleep says the mattress contains an AI learning computer that will automatically adjust the temperature during the night. The AI machine also interprets data including heart rate, REM sleep, and time slept and recommends Pod settings to improve your sleep quality.

Finally, the Pod is split into two sides, so partners can each set the mattress to their ideal sleep temperature.

“Two things led to the decision to create The Pod,” Hornstein explained. “The first was the overwhelming request from our customers to build a cooling feature, as a large portion of the world suffers from being a hot sleeper. The second was science and the data we’ve collected over the past four years, as there is substantial evidence that sleeping at a colder temperature improves sleep, especially in terms of helping you fall asleep faster and stay in deep sleep longer.” 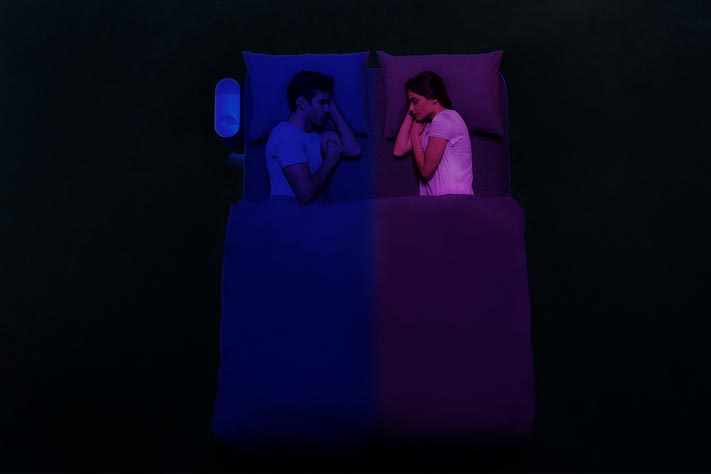 According to Hornstein, this sets the Pod apart from most mattresses currently on the market.

Hornstein said, “This is a major step forward for the company, and will establish us as a company that not only helps people understand their sleep, but that actually physically impacts someone’s sleeping environment in a positive way.”

A Full-size Pod is currently priced at $1,995. A Queen mattress is available at $2,295, and a King or California King is $2,495. Interested customers can reserve a Pod for $95, and the mattress is expected to ship in early April.

All images courtesy of Eight Sleep