It’s a well-known stat that approximately one in three Americans fail to obtain adequate sleep on a consistent basis. And new research suggests the trend toward sleep deprivation is only getting worse.

Per a new review of data from 2004 to 2017, Americans have been running increasingly short on sleep since 2013. What’s more, the research found sleep deprivation is even more pronounced among Hispanic and Black people — suggesting racial and ethnic disparities in the ways Americans experience sleep loss. Across the board, economic stressors seem to be driving sleep’s downward spiral.

We spoke with Dr. Jennifer Ailshire, PhD, Assistant Professor of Gerontology and Sociology at the University of Southern California to understand the reasons beyond the rise in sleep deprivation and concurrent racial divides. 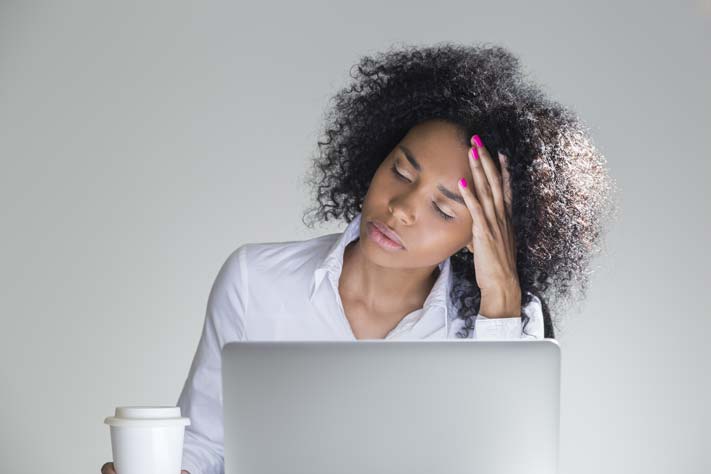 The study, which was published in the journal SLEEP, sought to document trends in self-reported sleep duration among U.S. civilians between the years of 2004 and 2017. The researchers (who hailed from the University of Southern California, Arizona State University, and the University of South Carolina) utilized data from the National Health Interview Survey (NHIS), which included nearly 400,000 U.S. adults between the ages of 18 and 84.

These participants shared how much they slept, on average, in a 24-hour period. The researchers categorized these responses in the following ways:

The results also revealed some discrepancies along racial/ethnic lines. Specifically:

“Blacks and Latinos were hit hardest by the economic consequences of the recession and their recovery has been less robust,” she says. “These communities are also more likely to be impacted by the kinds of shocking events and violence that can keep people up at night, whether it’s reporting of violent crimes in their social networks or news of deportations.”

Increasing rates of sleep deprivation are a public health concern. Sleep deprivation is linked with a number of negative health consequences ranging from fatigue to cognitive impairment, reduced physical performance, an increased risk of making errors, and strained relationships. 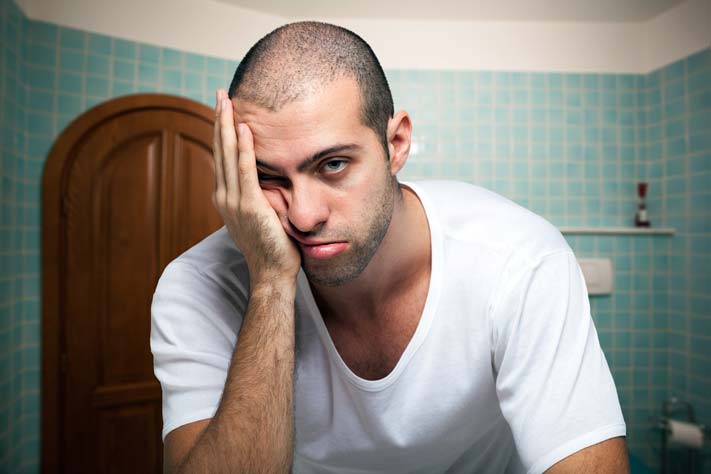 Why Americans Are Losing Sleep

According to Ailshire, economic stressors are likely a major factor in the increasing trend toward sleep deprivation.

“I think a lot of people never really recovered from the recession in terms of housing and job insecurity,” Ailshire says. “And although we’ve seen declining unemployment numbers in this period, we also know wages have stagnated, so people are essentially working for less.”

Ailshire says economic stressors may weigh particularly heavy on younger adults. “Young adults in particular, who entered the work force right around this time of economic upheaval, never seemed to get a foot hold in the economy. They’re more likely to be part of the new gig economy, which seems to mean they are always “on-call” resulting in odd sleeping schedules.”

While economic stressors may be a major culprit, they’re not the only factor depriving Americans of sleep.

According to Ailshire, other factors might include longer working days and longer commutes as a result of housing (in)affordability.

“We are also increasingly connected to work; with email, text, and other productivity apps that are right on our phones, work can be ever-present for some and if it’s a source of stress or anxiety it can interfere with sleep,” Ailshire says. “Finally, we’re also increasingly connected to the world with social media. This means there is increasing potential for a negative on-line interaction or seeing upsetting news. All of these things can make it difficult to fall into a restful sleep at night. A clear trend over the past years has been the increased use of portable computers and smart phones, and there is evidence that people are on these devices right before bed. This could certainly be a factor.”

While all of these factors might make it understandably difficult to obtain enough sleep, Ailshire says it’s still important to take any steps possible to enjoy adequate sleep on a regular basis.

“It may not be possible to make the stressors and time demands in our lives that interfere with our sleep just disappear,” she says. “But there are things we can do, like stay off electronic devices before bed time (and don’t bring them into bed!) and find ways to relax prior to bedtime.”