Those who have been shopping for a memory foam mattress topper may feel like they all seem the same. They’re all just a big block of memory foam, right?

While many mattress toppers are essentially soft and flat, there are some more complex options out there like the Lucid 5-Zone Mattress Topper is one such option. It features a zoned construction that is meant to give varying degrees of comfort and support.

As a fan of Lucid’s other products, I was interested to see how the 5-Zone topper would perform for me. To find out of this topper is both comfortable and supportive, read on for my full review.

The Lucid is a zoned topper that is a good option for hot sleepers, back sleepers, and side sleepers. Click the button for a great deal on the Lucid.

Not all mattress toppers make for a fascinating video – but with 5 zones, watching the Lucid topper in action to see how it performs is a must-do before you buy. 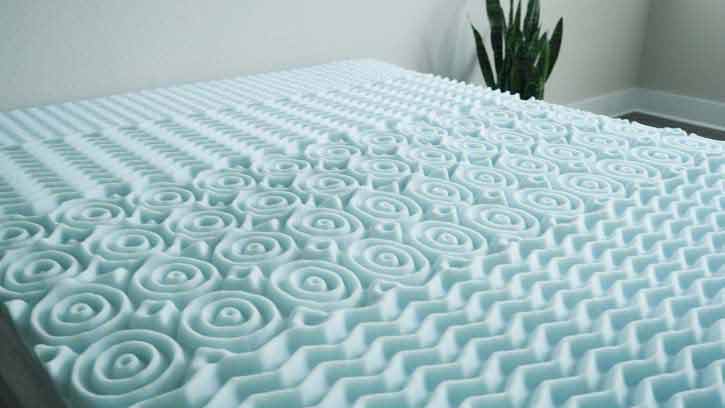 The Lucid Might Not Be A Good Fit For… 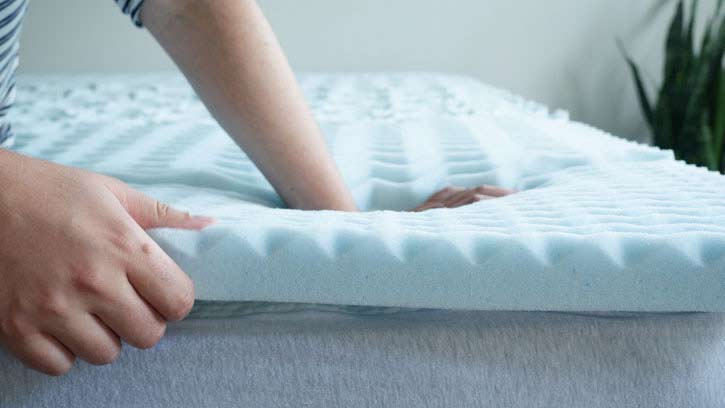 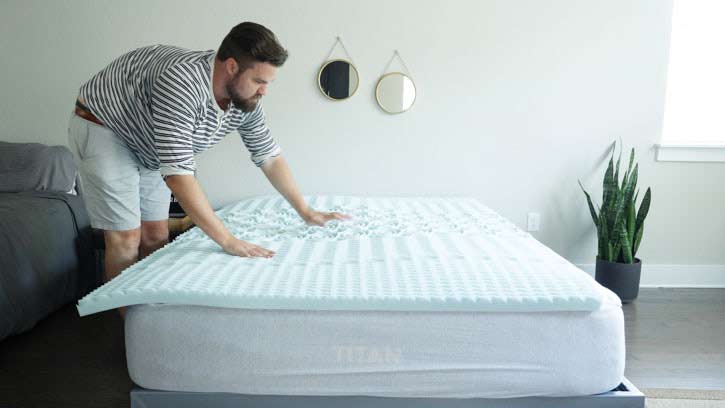 I consider two things when I receive a mattress topper at my house: expansion speed and offgassing. Basically, I want to know how quickly the topper expands so that I can actually use it, and I also want to know if the topper has a strong chemical smell.

When I opened the Lucid 5-Zone Mattress Topper, it expanded very quickly. I was able to use the mattress topper that very night, and I only noticed a bit of offgassing. 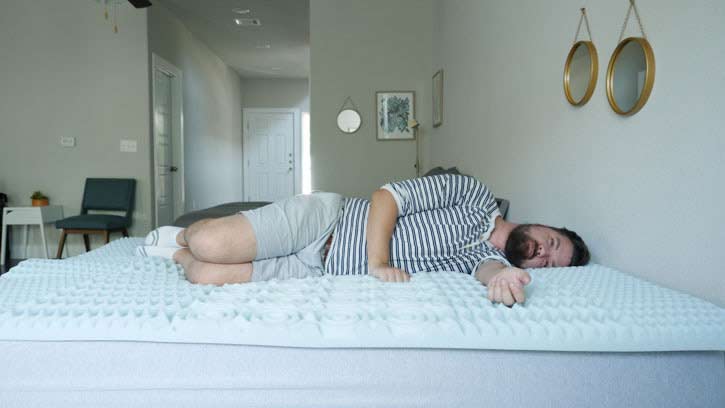 However, with its five zones, the Lucid does vary in firmness, and this means the mattress will feel softer or firmer depending on the sleeping position. Let’s take a look at how that felt for me:

Even with the zoned grooves, the Lucid does have that slow-moving memory foam feel. When I lie down on the Lucid, it slowly compresses under my weight. The material is slow to respond so it makes it more difficult for me to move around on the mattress.

Lastly, in terms of temperature, I can say the Lucid does not sleep too warm. The gel infusion does keep the topper from feeling too hot. Also, the zoned grooves allow for air to flow through the topper, and I can say I slept relatively cool on the Lucid.

I enjoyed my time with the Lucid 5-Zone Mattress Topper. The zoning makes the topper a great match for back sleeping and side sleeping. At the same time, I was not sleeping too hot.