Home » Blog » What You Should Know About Sleepwalking

Sleepwalking—AKA somnambulism—isn’t just something that happens in horror movies. It’s a very real condition that, according to one study, affects over 8 million American adults each year. So what exactly is Sleepwalking, what causes it, and how can people treat it?

The science behind sleepwalking isn’t totally understood yet, but researchers have some theories about why it happens. SmithsonianMag.com explains it like this: There are two main types of sleep, REM sleep (REM stands for Rapid Eye Movement) and non-REM (AKA NREM) sleep. 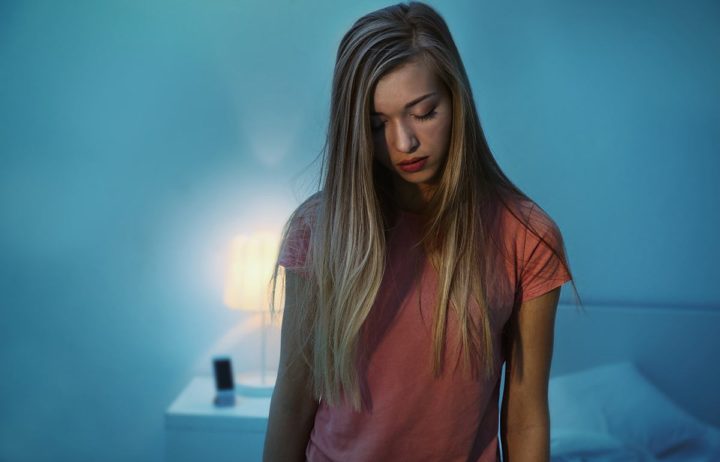 “During REM sleep, the brain’s neuronal activity is most similar to when it is awake, and that’s when we do most of our most vivid dreaming,” the site explains. “Paradoxically, though, sleepwalking occurs during NREM sleep. Normally, adults go through sleep cycles: from the lightest stages of NREM to the deepest NREM, and then back to the lightest NREM and then REM, every one and a half hours or so.

Sleepwalking typically occurs during the deepest stages of NREM—the part of the sleep cycle that, if interrupted, leaves people the most groggy. It usually happens during the first third of the night and can last anywhere from 30 seconds to 30 minutes. Some scientists speculate that it is caused by the brain attempting to directly transition from deep NREM sleep to wakefulness, rather than going through the subsequent stages of the sleep cycle.”

Related: How Your Sleep Cycle Works

Even though we don’t know exactly why people sleepwalk, the study suggests that there are a few things connected with the behavior. People who are sleep deprived or excessively tired may be more likely to sleepwalk; same people who have a fever.

Plus, mental health conditions like alcoholism, OCD, and clinical depression may be linked to sleepwalking. Finally, people who take sleeping pills or antidepressants are much more likely to sleepwalk than people who do not.

Two important things to know: Firstly, sleepwalking is way more common in kids than in adults. And secondly, the term sleepwalking technically covers much more than just walking.

“Sleepwalking usually involves more than just walking during sleep; it is a series of complex behaviors that are carried out while sleeping, the most obvious of which is walking,” the National Sleep Foundation says. “Symptoms of sleepwalking disorder range from simply sitting up in bed and looking around, to walking around the room or house, to leaving the house and even driving long distances.”

The NSF explains that it can be difficult to wake up a sleepwalker and that they may not remember the episode, but people shouldn’t believe the old myth that it’s somehow “dangerous” to wake someone who is in the middle of a sleepwalking episode.

Instead, they recommend that onlookers try to wake someone if they witness a person sleepwalking. And if a person notices that they have been sleepwalking, check with a doctor to see what could be causing it and discuss any treatment options.

“The key thing we must say to people is, don’t be ashamed to be a sleepwalker,” researcher Maurice Ohayon told LiveScience.