Marten’s Hot Takes is an ongoing series in which our Mattress Guru, Marten Carlson, offers his candid thoughts on happenings in the world of mattresses, bedding, and sleep.

When most people think of pillow fights, they think of sleepovers and times of youthful abandon. The memories of walloping your friends with a pillow really bring up the days before the responsibilities of adulthood descended.

Well, that’s most people. When I think of pillow fights, I think of Tommy Donafan and one fateful night in May of 1994…

I remember it like it was yesterday. My friends and I were staying the night at Tommy’s, and we had just finished a secret screening of Hard Target. Hopped up on the Jean Claude Van Damme action he had witnessed, Tommy grabbed a pillow and started swinging. The rest of us quickly joined in and, for a while, we were having a great time.

That all ended when Tommy decided to take things up a notch. While my friend Jason and I were busy in our own duel of pillows, Tommy slipped a school book into his pillowcase. I was his first and only victim. He swung at my head and down I went. When I came to, I was missing a tooth, and Tommy’s Mom was losing her mind.

Sadly, this kid was never the same: 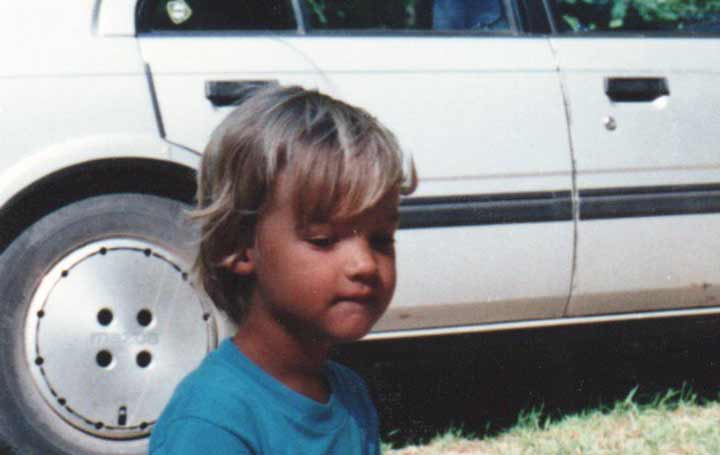 All of these memories came flooding back this week when I heard about the Pillow Fight Championship. On January 29, the organization of professional pillow fighters held its inaugural PFC Pound Down Pay Per View competition in Miami Lakes, Florida. After multiple rounds of fluffy mayhem, two champions were crowned, Hauley Tillman and Istela Nunes.

However, watching the replay of the event, these were no simple pillow fights. The entire thing played out like a UFC bout, just with pillows. These competitors were deadly serious about the sport and were throwing, blocking, and parrying like any other professional fighter.

During one match, I watched two fighters absolutely unload on one another. While their weapons were soft, there was no doubt about it: they were in it to win it. The competitors were the same shape as other professional warriors. Seeing their intensity and stamina dashed any hopes I had of participating in this sport.

They showed some real skill, and I can imagine the PFC having some serious legs. And, seeing competitors like this, I couldn’t help but imagine Tommy joining in:

While my memories of that night in 1994 aren’t the fondest, I can’t help but feel excited by the possibilities. I’ve reviewed mattresses and bedding for nearly four years now, and let’s just say it isn’t exactly a contact sport. When I lie down on a memory foam mattress, I’m not afraid of being hurt. In fact, it’s quite the opposite.

The PFC makes me think, “What if we made product reviewing more extreme?” Imagine reviewing a mattress, but it’s on the side of the mountain. What if we tested out motion transfer using Sumo wrestlers? Heck, let’s bring Jean-Claude Van Damme in for a “Best Mattress for Martial Artists” roundup. The possibilities are endless.

While I don’t see myself stepping into the ring for a PFC fight, I’m going to be watching their organization with great interest.

Who knows, maybe I’ll learn a few tricks for round two with Tommy.