There’s something so freeing about a pillow fight. It brings back those carefree days of slumber parties and adolescent tomfoolery. No bills, no responsibilities—just full-on pillow warfare.

For those of you anxious to reclaim the fun of your youth, we’ve got some great news: April 7 is International Pillow Fight Day.

From Atlanta to Vienna,  the young at heart will have a chance to let out stored-up aggression in one of the healthiest ways possible: a good old pillow fight.

What began as disparate flash mobs soon morphed into a combined World Pillow Fight Day in 2008. Since then, the event has grown significantly as more and more participants realize the therapeutic nature of smacking someone with a pillow.

This year, even mattress and bedding retailer Mattress Firm is getting in on the fun for the New York City event. For those people in the area, they can pick up a pillow from their NoHo location. Five dollars is all it will cost them, and all proceeds go to support foster charities.

If people are not in New York, a full list of participating cities can be found at the event’s official Facebook page. Participating cities include Chicago; Orlando, Fla.; and Vancouver, British Columbia, Canada, among many others. If people don’t find their city on the list, they can start an event in their own city here. 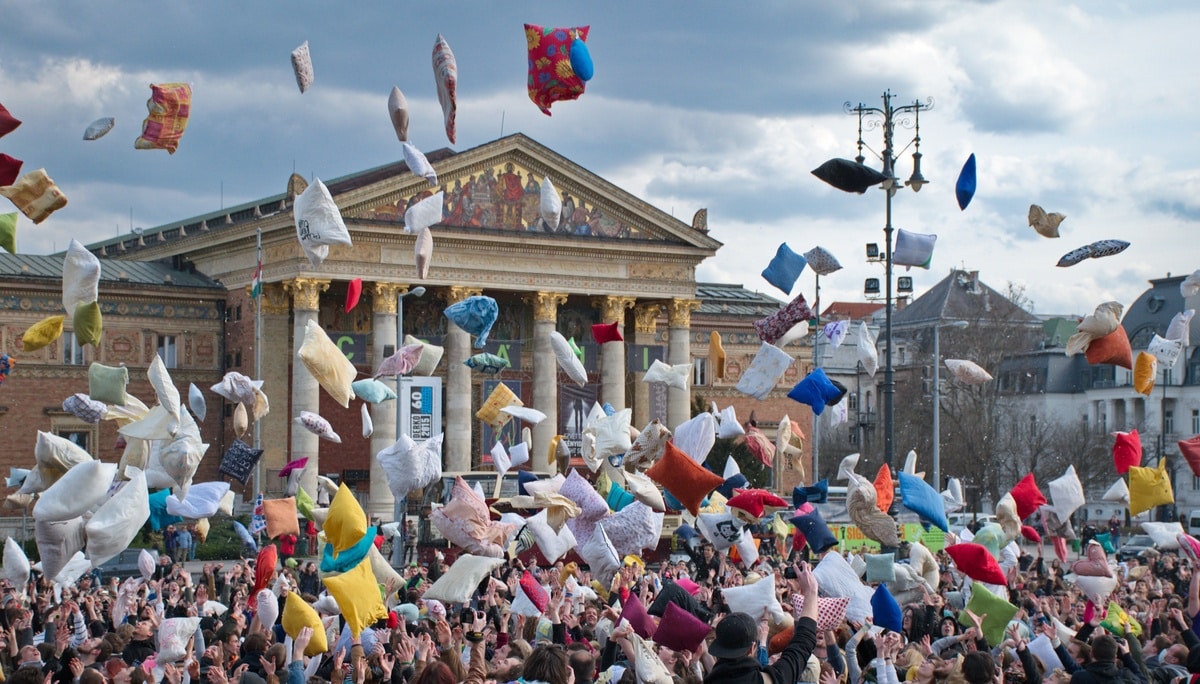 It’s not too late to join the battle, but there are a few things to know before you start swinging:

You can read the official how-to guide here.

Just be safe and join in on all the pillow-bashing fun.