Hot sleepers have a lot to think about when they are shopping for mattresses, pillows, or bedding because they want to find something that will keep them from waking up hot and sweaty.

As the name suggests, Casper’s Cool Supima duvet cover promises just that, and it is designed to keep air moving through the cover and duvet insert. As a fan of Casper’s other products, we were excited to see just how the Casper duvet cover would perform.

Our Casper duvet cover review will highlight its construction, feel, and breathability to help all those bedding shoppers out there make an informed decision.

Editor’s Note. The Casper Supima duvet cover is no longer available. For another good option, take a look at our Brooklinen Classic duvet cover review.

Casper is a producer of some of the best bed in a box mattresses on the market and, for years, their mattresses have dominated the online mattress game. The company also produces many other types of sleep products such as pillows, weighted blankets, and bedding.

We opted to review the Casper Cool Supima duvet cover because many members of our team are hot sleepers. With a percale weave and more breathable construction, we found that the Casper duvet cover should help keep things particularly cool at night. 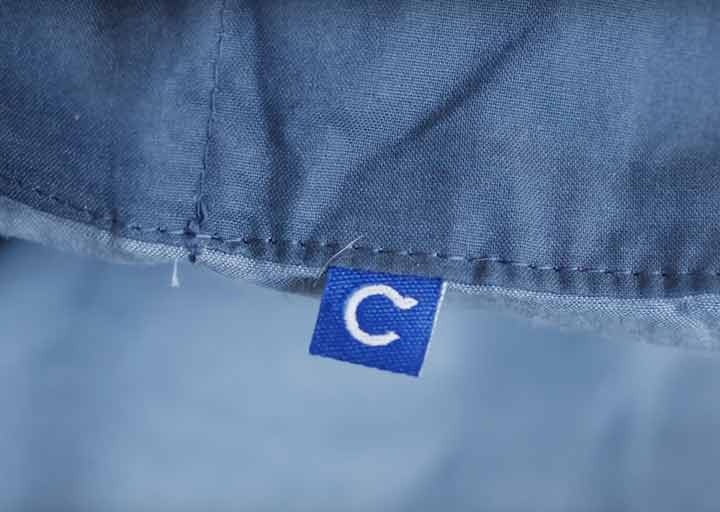 What does it feel like to lie under the Casper duvet cover, and does it really sleep cool? We’re here to answer all of these questions and more.

The Casper Cool Supima duvet cover features Supima cotton with a percale weave. Percale duvet covers usually have a crisper feel akin to what one would find in a nice hotel, and they have the hand feel of a recently laundered shirt. The Casper is no different and features a crisp, light feel that is still a bit smooth.

One of the drawbacks of percale fabrics is that they tend to wrinkle quite easily. The Casper duvet cover is quite wrinkly, especially right after washing and drying it, so it will be necessary to iron the Casper to give it more of a smooth look and feel.

The Casper Cool Supima duvet cover is one of the cooler duvet covers we have reviewed because the Supima fabric is very cool to the touch, and the percale weave allows for some fantastic airflow. We paired the Casper with a thinner comforter and we did not sleep hot whatsoever. 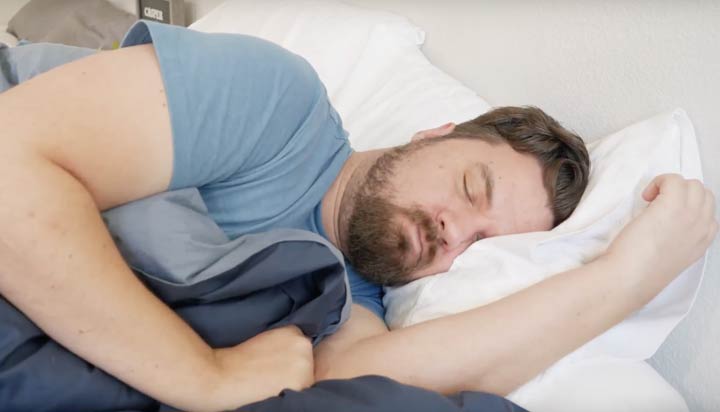 Supima cotton is a long-staple cotton that is designed to get softer with each wash; we washed the Casper a few times and we can say it did get softer. Also, the overall construction of the duvet cover is quite durable, and we did not see any premature fraying or loose stitching.

Casper recommends washing the duvet cover on a cold gentle cycle with like colors. If bleach is necessary, make sure it is non-chlorine bleach, then tumble dry on low.

The Casper duvet cover comes with a 1-year limited warranty as well as a 100-night sleep trial.

Let’s take a look at exactly what makes up the Casper duvet cover. We’ll discuss the fabric, weave, as well as some of the more prominent extra features.

The Casper is made of Supima cotton, a durable high-end material that is 35% longer than normal cotton and 45% stronger as well. Also referred to as Pima cotton, Supima cotton must come from specialty farms in California and Texas. 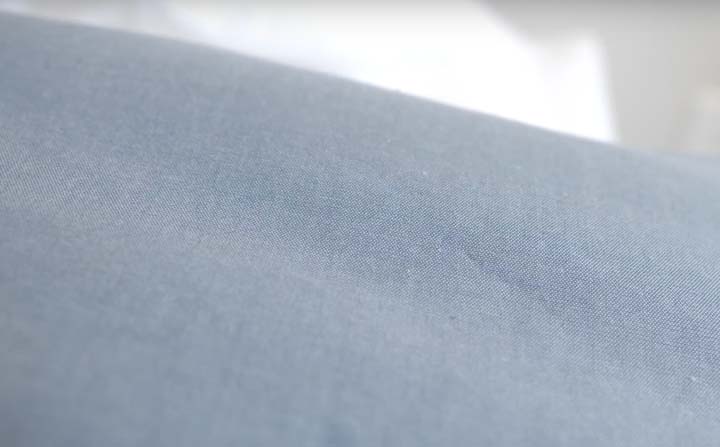 The Casper Cool Supima duvet cover features a percale weave, a type of weave that is lighter and more breathable than sateen weaves.

The Casper duvet cover is available in a number of color options and four flippable options. We reviewed one of the flippable models, and it has Navy on one side and Azure on the other.

The duvet cover features a zippered opening at the bottom that is hidden away between two flaps, giving the Casper a more flush, uniform look. 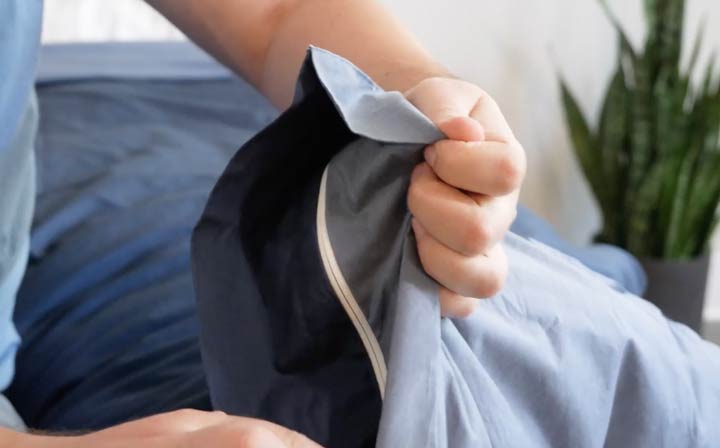 All four interior corners feature duvet tabs with button snaps which make it easy to tie a duvet insert within the Casper. In addition, the top two corners have little holes that allow us to line up the duvet ties and the duvet tabs.

The Casper Cool Supima duvet cover comes in three sizes. Take a look at our chart for the most up to date pricing.

We would like to answer some frequently asked questions regarding the Casper Cool Supima duvet cover.

In our experience, the Casper duvet cover does not sleep hot whatsoever; with its Cool Supima cotton and percale weave, it is very breathable and makes for a cooler night of sleep.

How much does the Casper Cool Supima duvet cover cost?

The Casper Cool Supima cover ranges in price from $90 for a Twin/Twin XL up to $140 for a King/California King.

What is the Casper Cool Supima duvet cover made of?

The Casper Cool Supima duvet cover is made of Supima cotton from California. It is more durable form of cotton that should get softer after each wash.