Buying a mattress isn’t always easy. There are so many options to consider, and many of the mattresses appear quite similar.

If you are choosing between the Nolan and Leesa mattresses, I have broken them down based on construction, firmness, and other factors. This mattress comparison will go through the construction of both mattresses in detail and highlight the main takeaways consumers should know about before making a decision.

Click Here To Get The Highest Discount Available On Nolah

Click Here To Get The Highest Discount Available On Leesa 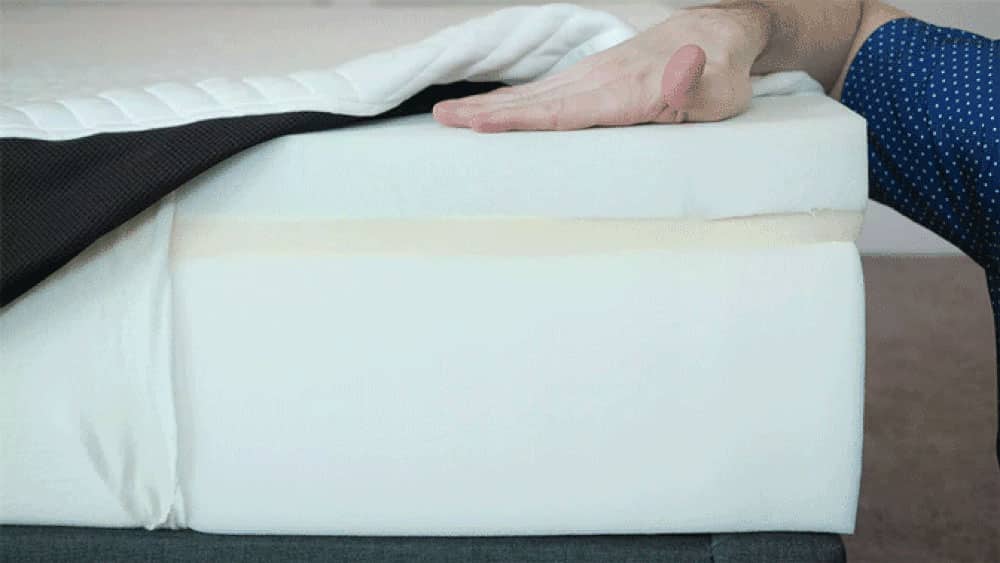 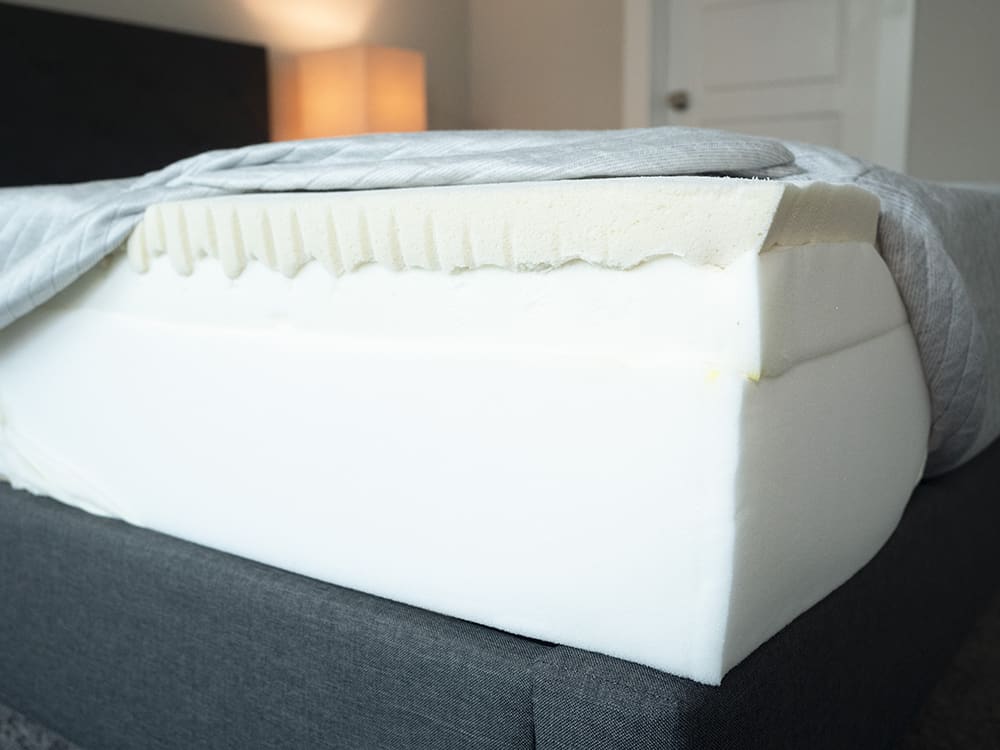 I felt like the Nolah was a 5.5/10, softer than average. It is one of the softest mattresses I have reviewed. I thought the Leesa was more like a 6.5/10, about average.

With the Nolah, I definitely sink into the mattress, and it feels best when I am on my side. It has more of that sinking-in memory foam feel. I definitely felt like I was sleeping “in” the mattress. However, heavier people may press through and feel the firmer support layers.

With the Leesa, I felt better support on my back and stomach. It had more of a balanced foam feel and it was easier to move around on the mattress than it was on the Nolah.

See how the Nolah mattress responds to pressure in the video below.

Watch how the responsive Leesa mattress may be a better choice if you want to move around easily at night.

The Nolah performs a bit better with motion isolation because it has more of a memory foam feel.

This cuts down on the motion you may feel from your partner while you are trying to sleep, so it should be the better choice for couples.

See how the Nolah cuts down on motion transfer in the video below.

The Leesa could also be a good option for couples. You shouldn’t your partner’s movements on your side of the bed.

The Leesa features better edge support than the Nolah. It is a firmer mattress, so it doesn’t collapse as much when I sit near the edge.

This allows me to use more of the surface area of the mattress, and I don’t feel like I am going to fall off the mattress when I lie near the edge.

You can see the edge support differences in the photos below. 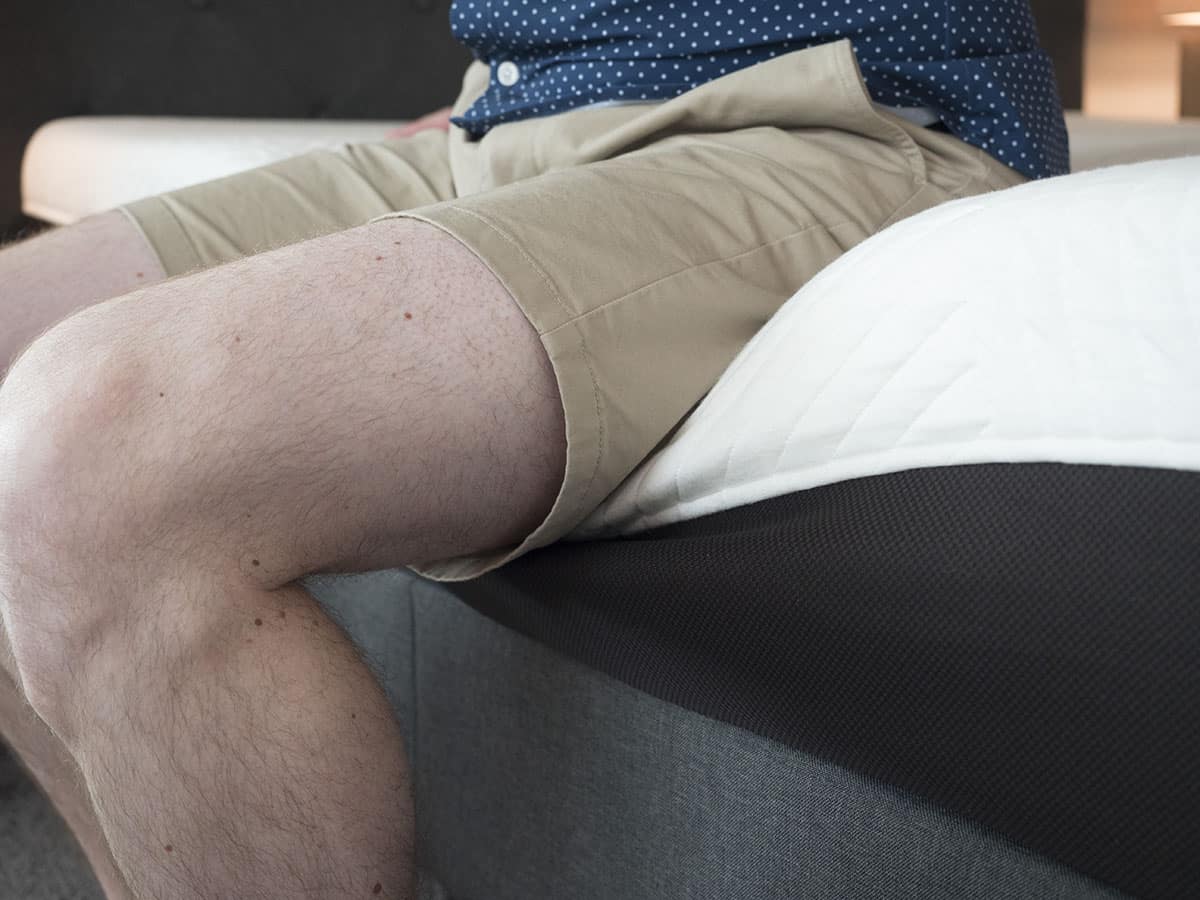 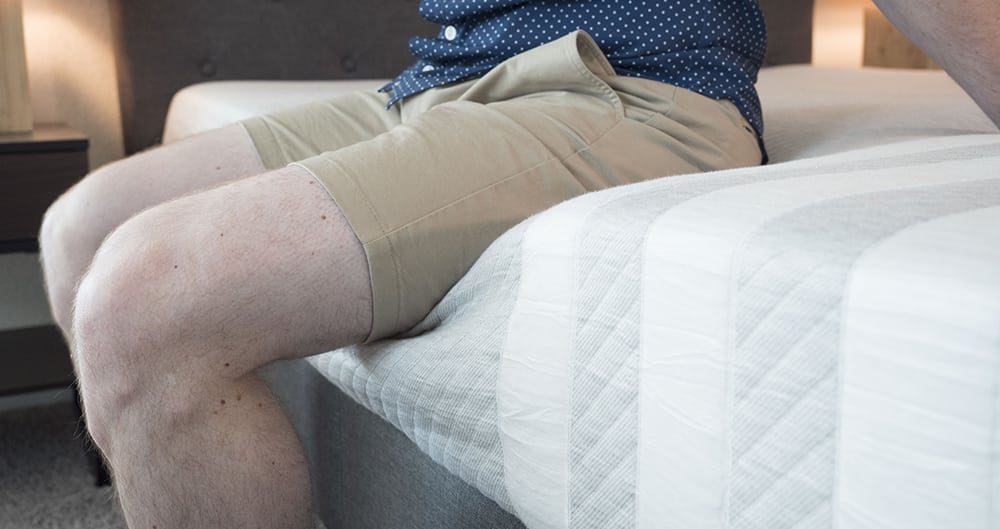 Marten is a staff writer for us and has a much different body type from me. He is 6’7″ and weighs about 230 lbs (I am 5’9″ and 160 lbs.). Here is what he thought about the two mattresses and how appropriate they are for heavier sleepers:

I felt that the Nolah was considerably firmer than Joe did, because I push through the thinner comfort layer and feel the firmer layers beneath.

I felt some pressure on my side on both, especially compared to Joe, but it wasn’t too intense.

On my back on both, I felt good overall support, but on my stomach, I didn’t feel good support on either.

The Leesa is the firmer mattress of the two so, if you’re my size and a stomach sleeper, this is the better choice out of the two.

While our numbers were different, Marten and I agreed that the Nolah is the softer of the two mattresses. I am not surprised that Marten, being a larger person, pushed through the comfort layer of the Nolah and felt pressure on his side.

Who Should Pick Nolah:

Taking a closer look at these two mattresses, they both have features that could benefit different types of sleepers. The softer Nolah should be better for side sleepers who like a classic memory foam feel, while the Leesa should work for stomach and back sleepers who prefer a balanced foam feel. Also, if you are a heavier person, the Leesa may also be a good choice if you sleep primarily on your side.

Still not sure which mattress is the best fit for you? Take a look at some of our other popular reviews like Nolah vs Nectar and Leesa vs Casper.

Please leave any specific comments or questions about the Nolah and Leesa in the comment section below.