Home » Reviews » Casper Vs Casper Hybrid – Which Is Best For You?

If someone has been mattress hunting for a while, they’ve probably come across the Casper mattress numerous times. It is one of the most popular bed-in-a-box mattresses out there, and it is of very high quality.

Casper recently released the Casper Hybrid as well, and it looks a lot like the original but with steel pocketed coils.  This article will go over the construction of both mattresses in great detail and then run through the main similarities and differences in order to help consumers make a more informed decision. 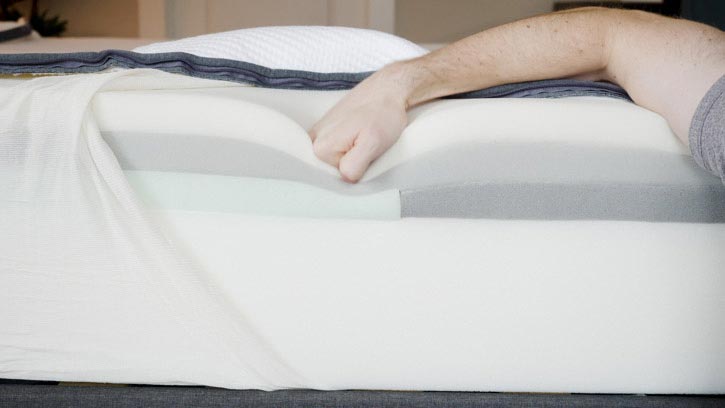 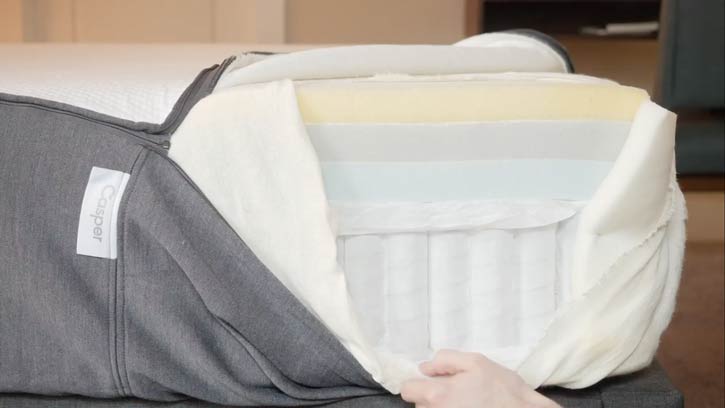 RELATED: What Is The Best Mattress?

The mattresses are very similar in terms of firmness, and they both feel like a 6/10, or a bit softer than average.

That said, both mattresses feature Zoned Support and will feel firmer toward the center of the mattress. This means each mattress will feel firmer when people are back sleeping and stomach sleeping but softer when they are on their side.

I actually felt pretty much the same while lying down on each of these mattresses. Here is how it felt while sleeping in different sleeping positions:

Both mattresses have a similar balanced foam feel. The top layers are soft and they allow people to sink in somewhat. These layers are also responsive, so people don’t get stuck in the mattress. It should be easy to move around on both mattresses.

The Casper Hybrid has just a bit more bounce than the Casper because of the pocketed steel coils. If someone prefers a bouncier mattress, the Hybrid could perhaps be better for them.

See more about the Casper’s firmness and feel in the video below.

Now, see what I thought of the Casper Hybrid’s firmness and feel in the video below.

If someone sleeps with a partner, it’s worth considering how well their mattress handles motion transfer. Will someone feel every single one of their partner’s movements at night, or will they be able to sleep soundly even if they’re moving around?

To test out the motion transfer on these two mattresses, I first placed a glass of water on each mattress. While pushing into the surrounding areas, I saw less disturbance on the Casper. Also, when I laid down on both mattresses and Marten moved around on the other side, I felt less of his movements on the Casper.

The Casper is an all-foam mattress, and these are usually better than hybrids when it comes to motion isolation. All in all, the Casper should be a better mattress for couples who don’t want to be disturbed by their partner’s movements.

People can see how the Casper isolates motion in the video below.

Now, compare this to the Casper Hybrid’s motion transfer in the video below.

For those who sleep with a partner, it is also important to think about edge support. Basically, will people be able to use the full surface area of the mattress or, when they are near the edge, will they feel like they are going to fall off?

Between the two mattresses, the Casper Hybrid definitely features the better edge support. The coils are firmer toward the edge of the mattress, which gives it a reinforced edge. I feel very secure while sitting near the edge, and when I am lying down, I feel less like I am going to roll off.

People can see the Casper’s superior edge support in the photos below. 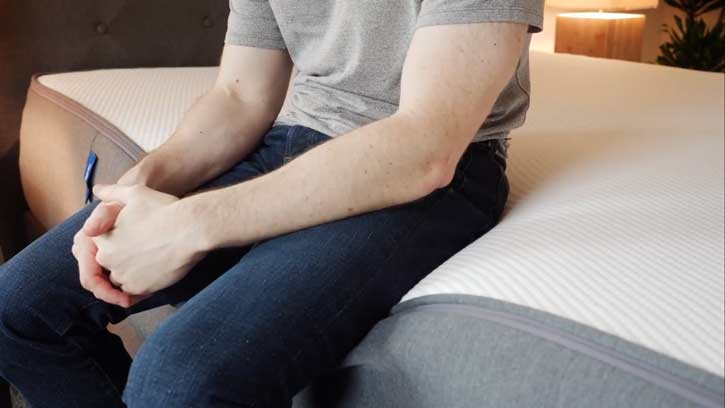 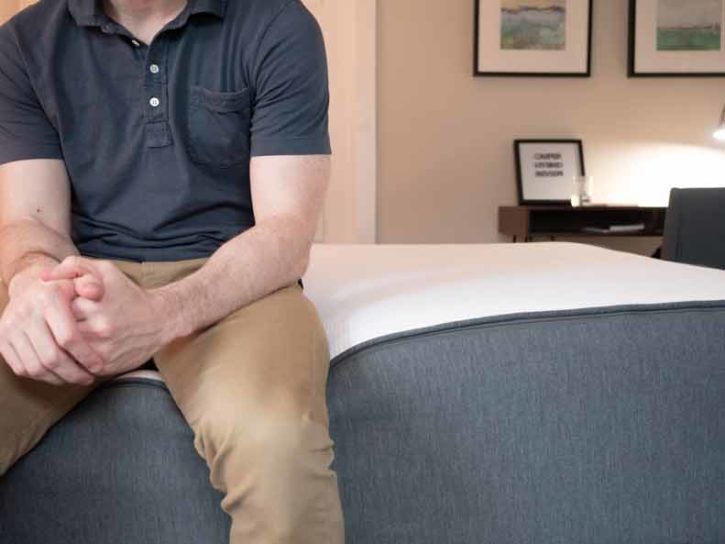 Marten is a staff writer for us and has a much different body type than I do: He is 6’7″ and weighs about 230 lb; I am 5’9″ and 160 lb. Here is what he thought about these mattresses and how appropriate they are for heavier sleepers:

Here is how it felt while sleeping on the Casper Hybrid:

Here is how it felt on the Casper:

If someone is a heavier-weight back sleeper, both mattresses could work for them. Side sleepers who weigh more than 230 pounds might want to find a softer mattress, and heavier stomach sleepers should lean toward the Hybrid because of the increased support

While Marten thought the mattresses were a bit firmer than I did, this is to be expected, because he is larger than me, so he presses further into the mattress. I will say I am surprised that he liked the Casper Hybrid for stomach sleeping. I would also note that if someone is heavier than 230 pounds, they still might want something more supportive if they sleep on their stomach.

In the end, it shouldn’t be too difficult to choose between the Casper and Casper Hybrid, because of the very clear main differences.

The Casper should be a better match for lighter people who want to save money, while the Casper Hybrid should work better for heavy sleepers, hot sleepers, and those who want a longer-lasting mattress.