Is it hot in here or is it just me? I tend to ask this question a lot; at parties, restaurants, and pretty much everywhere else. I naturally run hot, so I’m always ready to set the thermostat to its lowest setting.

It might come as no surprise that I sleep hot too, especially when I am lying under a comforter. Even the most breathable of comforters make me overheat, so I wake up drenched in sweat.

That’s why I was very interested when I heard about the ClimaBalance, a comforter made specifically to regulate sleepers’ body temperature. The comforter features mesh squares for airflow and a heat-dissipating down alternative fill as well.

In the end, the ClimaBalance comforter should be a fitting option for hot sleepers. However, it might not be the best option for those who want something warm and fluffy. 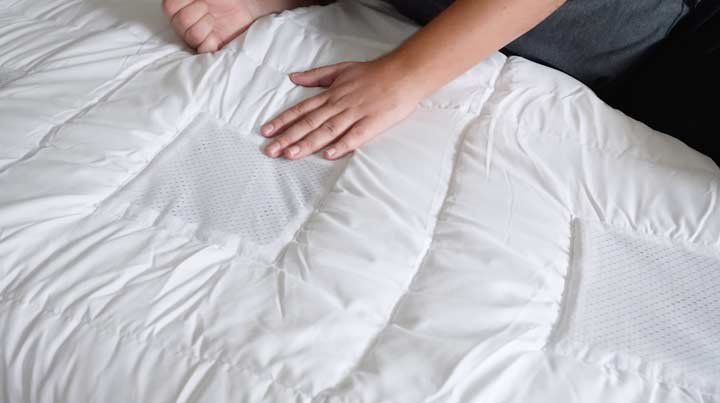 The ClimaBalance Might Not Be A Good Fit For… 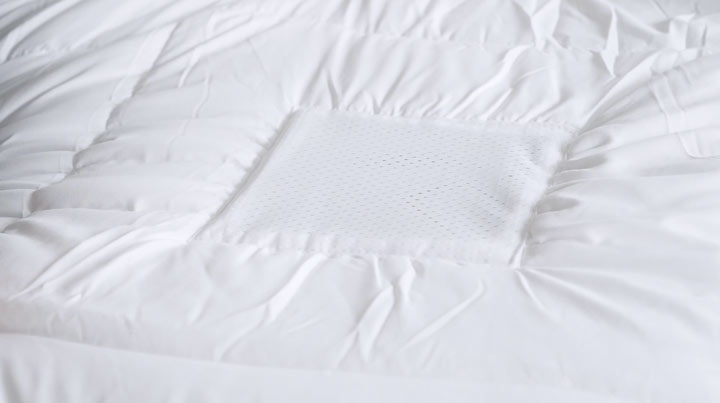 In the end, the ClimaBalance comforter should be a fitting option for hot sleepers. However, it might not be the best option for those who want something warm and fluffy.

First off, just rubbing the outside of the comforter, it feels quite rough. Compared to comforters I have tried with cotton shells, the ClimaBalance feels pretty starchy. Also, I read some customer reviews that complained of static build-up.

The company mentions this could be a problem, and they recommend pairing the comforter with a cotton duvet cover. However, there is just one issue; the ClimaBalance does not have duvet tabs at the corner. This means it will be impossible to secure the comforter in a duvet cover, so it could shift around at night.

Also, I worry that pairing the ClimaBalance with a thicker cotton duvet cover will impact the comforter’s ability to really cool sleepers. Those climate zones will not be able to let as much air to flow through, so it could make for a hotter night of sleep.

In regard to loft, the ClimaBalance is one of the thinner comforters I have reviewed. There is very little loft, and the comforter lies mostly flat against the comforter. This makes sense, given that the comforter is meant to keep sleepers from overheating and, if it was too fluffy, that would be difficult! 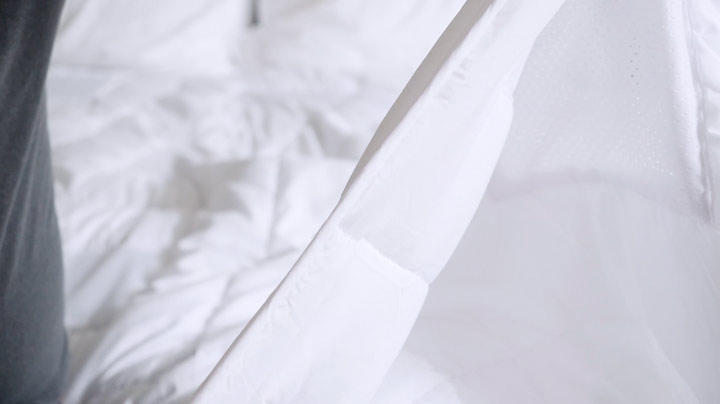 I could feel the air outside of the comforter flow through and over my body. The climate zone mesh squares are, of course, extremely breathable. Also, I feel like that Sensofill is doing its job at drawing heat away from my body.

Now, the company says that the ClimaBalance will also assist with cold sleepers and keep them warm at night. I did try this blanket on some cooler nights, and I did not have this experience. The climate zones and thinner nature of the blanket are not keeping me too insulated.

In the end, the ClimaBalance comforter should be a fitting option for hot sleepers. However, it might not be the best option for those who want something warm and fluffy. If anyone has further questions, just leave them below!