10 Grove is an interesting company. They are a producer of luxury bedding, but they also own their own factory, allowing them to price their items quite low.

I have been excited to try some of 10 Grove’s products for a while now, so when I received the 10 Grove Duvet Cover from their Hudson collection, I put a light comforter inside of it and put it right on my bed.

To find out what my experience was like with the 10 Grove Duvet Cover, read on for my full review. 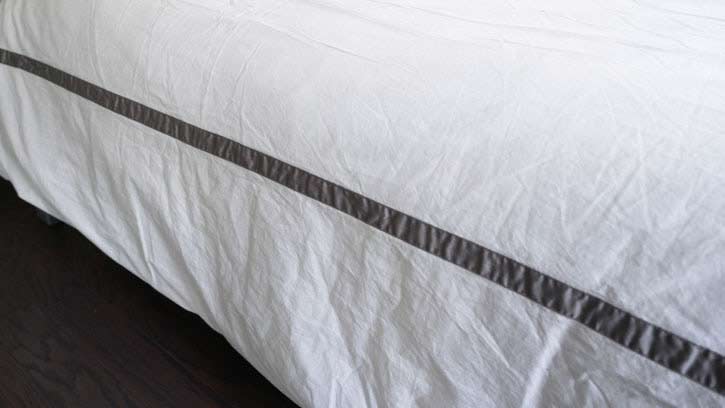 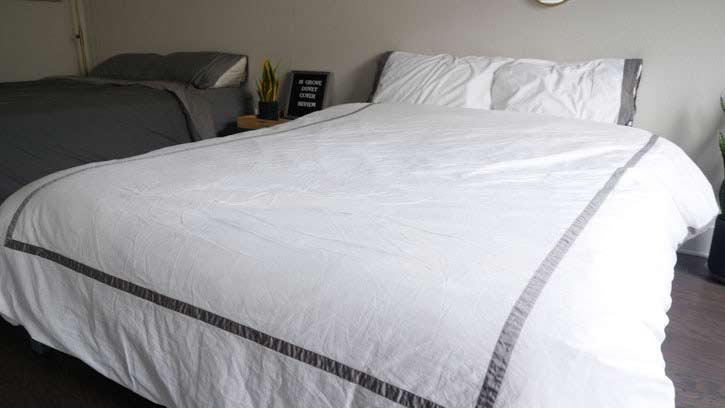 10 Grove currently offers four collections: Madison, Irving, Mercer, and Hudson. We received the 10 Grove Duvet Cover from the Hudson collection, and it has a solid border around the edge as well as an inner border as well.

The 10 Grove Duvet Cover is made with 100% long-staple Egyptian cotton, a strong, durable fiber. While all their duvet covers are made with this material, one can opt for a percale or sateen model. We reviewed the percale model, which is thin, lightweight, breathable, and has a 400 thread count.

All of the fabrics are also OEKO-TEX certified, meaning they are free of harmful chemicals.

Customers can choose from five different border colors: White, Beige, Blue, Gray, and Olive Martini and, in terms of size, they can pick between Twin/Twin XL, Full/Queen, and King/California King. 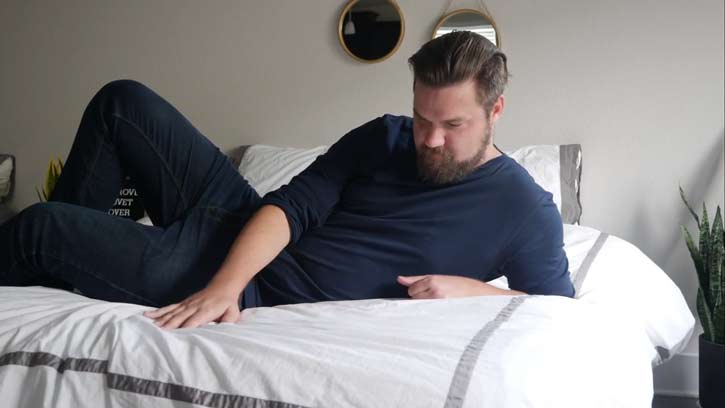 My experience with the 10 Grove is that it is both crisp and lightweight. It is not as smooth as sateen, for example, but it does have a nice hand feel so, when I lie underneath it, it is not rough against my skin.

One of the major benefits of percale is breathability, and the 10 Grove percale duvet cover is definitely breathable. It promotes airflow and doesn’t make me feel too sweaty or clammy. I used it in the summer months, and I was not too hot underneath the duvet cover.

A duvet cover can be a great investment if someone wants to keep your comforter clean. It can be thrown in the washer and dryer without having to head to the dry cleaner. 10 Grove recommends following these steps when cleaning their duvet cover:

In the end, I thought the 10 Grove was a high-quality duvet cover. I was surprised by the price because this is a very luxurious piece of bedding. 10 Grove offers free shipping.