It was thought for a long time that only mammals and birds shared the complex sleep patterns we see in humans, and that they had evolved independently from one another long after the two groups diverged from early reptiles. But relatively recent research on reptiles such as bearded dragons has found evidence they also experience these types of sleep cycles. Not only does this mean reptiles sleep like us, but also implies they may dream like us as well!

Research on the mechanics and behavior of sleeping animals has done wonders for our current understanding of sleep, helping to give us a much clearer insight into what actually goes on in the body while we sleep, such as the distinct cycles of changing brainwave activity like SW (slow-wave) and REM (rapid eye movement) sleep.

The discovery that bearded dragons experience similar sleep cycles to mammals may have been an accident, but it inspired  researchers to investigate further. By measuring the brain activity of the lizards while they slept, they were able to make some interesting findings that suggest the SW/REM sleep cycle is much more ancient than previously thought.

As mentioned previously, reptiles seem to share the same cyclical sleep patterns as birds and mammals: going through stages of lower brain activity and slow-waves sleep to periods of high brain activity and rapid-eye movements. Interestingly though, reptiles’ sleep patterns happen at a much faster rate. Whereas mammals typically have several stages of sleep that may last between 30 to 90 minutes,  bearded dragons’ averaged 350 cycles that only seemed to last about 80 seconds each!

Their different phases of sleep also seem to be much more evenly distributed, with SW and REM sleeps lasting for around the same amount of time, while birds and mammals have noticeably unequal sleep phases, both spending much less time in REM and more in SW sleep. The researchers of this study point out that reptiles seem to have a much simpler sleep pattern than birds and mammals – suggesting that reptile’s sleeping methods may be more similar to the earliest forms of mammal/bird sleep than expected.

Like any other family of animals, sleep preferences can vary wildly between different reptiles. Species, environment, lifestyle, and age are all factors that can impact the specifics of sleep for each individual animal, but in general sleeping reptiles follow some basic trends that we can understand… 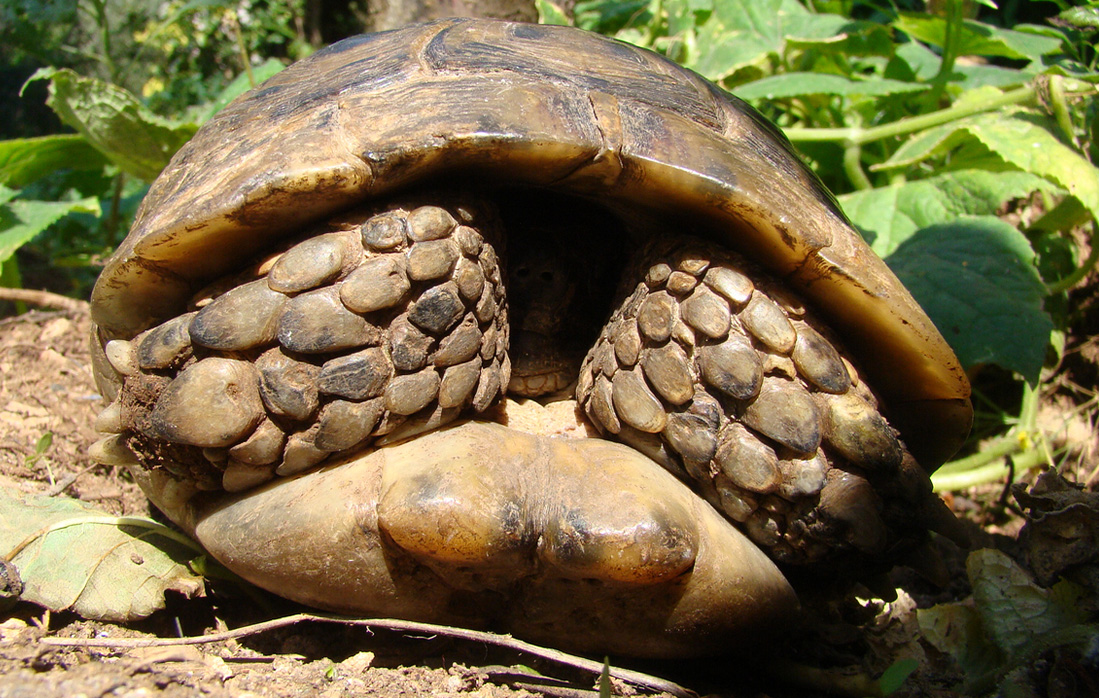 It depends a lot on where the turtle or tortoise lives, but as a whole they seem to sleep inside of their shells (as you might expect), and preferably buried.

Most turtles are diurnal, meaning they are awake during the day and sleep during the night (just like most of us!).

This can vary a lot based on species and lifestyle:

Due to their entirely aquatic life at sea, marine species have some more unique ways to get their needed rest.

Like most animals, baby turtles share similar sleeping habits to their adult equivalents. Unlike most animals, however, younger turtles tend to sleep less than older ones. For example, baby aquatic turtles typically only sleep about 4 hours a day, compared to the 7-ish of adults. 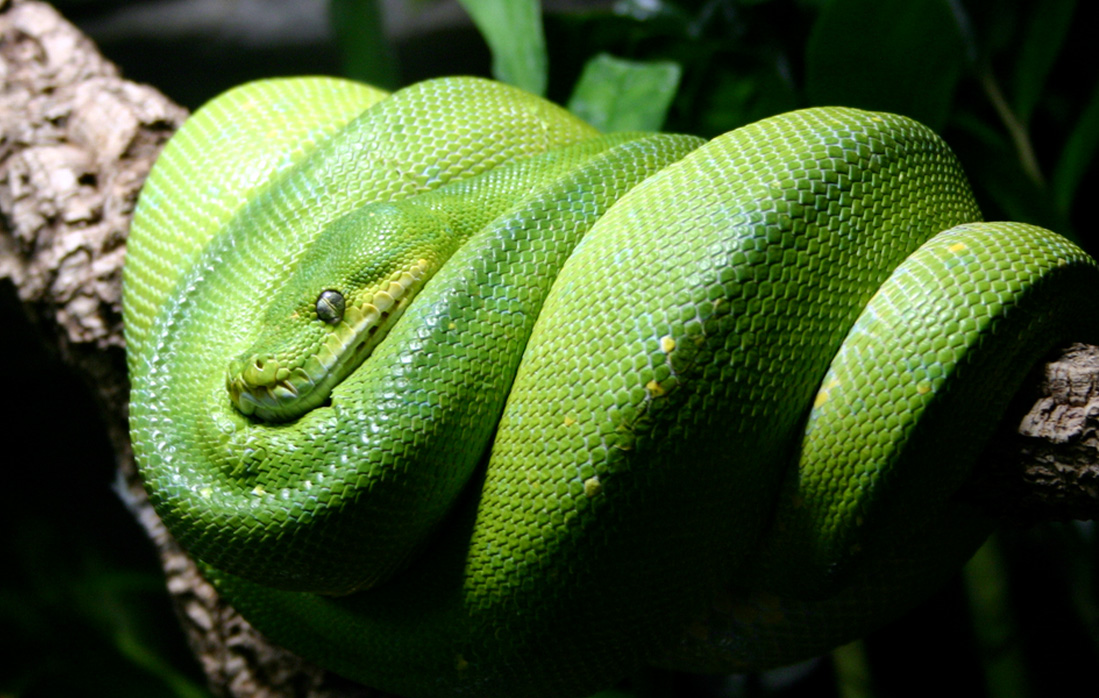 Regardless of environment, nearly all snakes have the same preferences for sleeping spots: dark, hard-to-reach spaces that will keep them safe. Common spots are:

Snakes don’t generally seem to have highly specific sleeping times, instead resting and being active when the opportunities arrive.

They also hibernate in colder weather, remaining in a state of brumation (cold-blooded animal hibernation) for up to 12 weeks.

While it can vary quite a bit, most snakes tend to spend much of their time asleep. The most commonly cited figure is 16 hours a day, though some species have been known to spend up to 22 hours!

The sleeping habits of sea snakes are  still little understood. Their elusive nature and marine lifestyle makes it especially difficult to know for certain how they manage it, but evidence suggests they rest while curled up on the sea floor or in rocky underwater crevices. They may be able to stay underwater for long periods of time (up to 8 hours) possibly  thanks to their ability to partially ‘breathe’ through their skin. 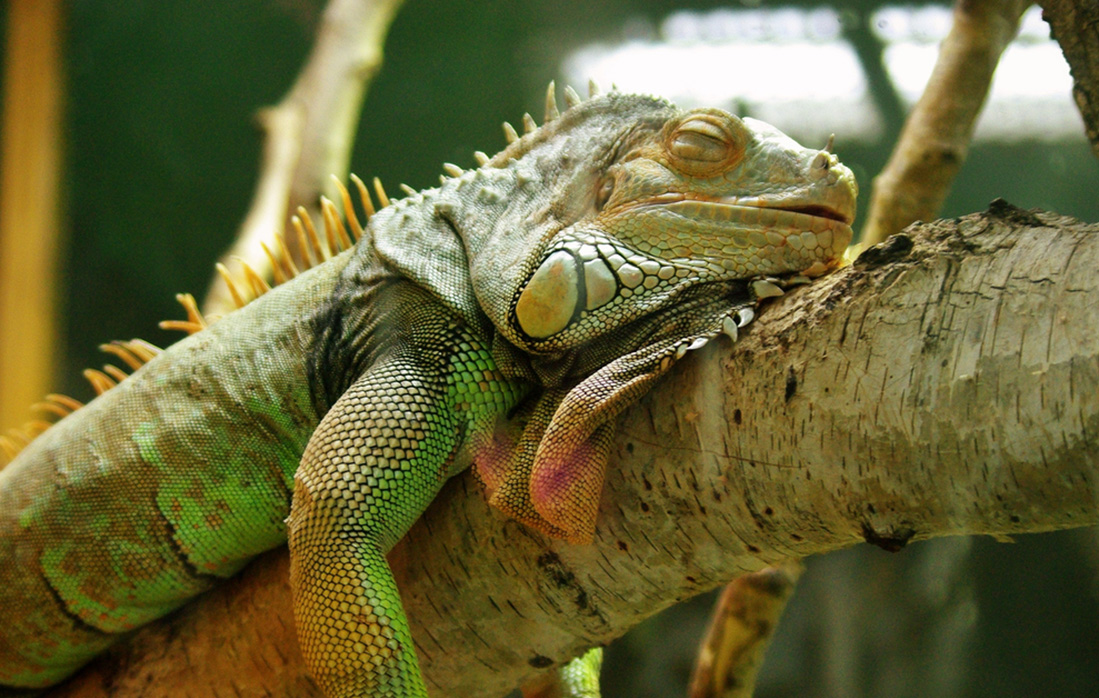 As by far the most diverse and varied group of reptiles, it can be hard to pin down specifics. It depends a lot on the environment and lifestyle of the lizard in question, but in general lizards prefer to rest somewhere they feel safe and secure.

Again, when a specific lizard sleeps can vary drastically from species to species. Like snakes though, they can be roughly divided into the diurnal/nocturnal/crepuscular categories of activity.

Most lizards do prefer to be active during the day or dawn/dusk, though, as the cooler temperatures at night can often make them sluggish.

Arguably even more diverse a habit is how long lizards sleep. Different species can require  very different amounts of rest, which can also differ based on environmental factors like the season, weather, and time. They often fall anywhere in the range of 4 to 18 hours a day. 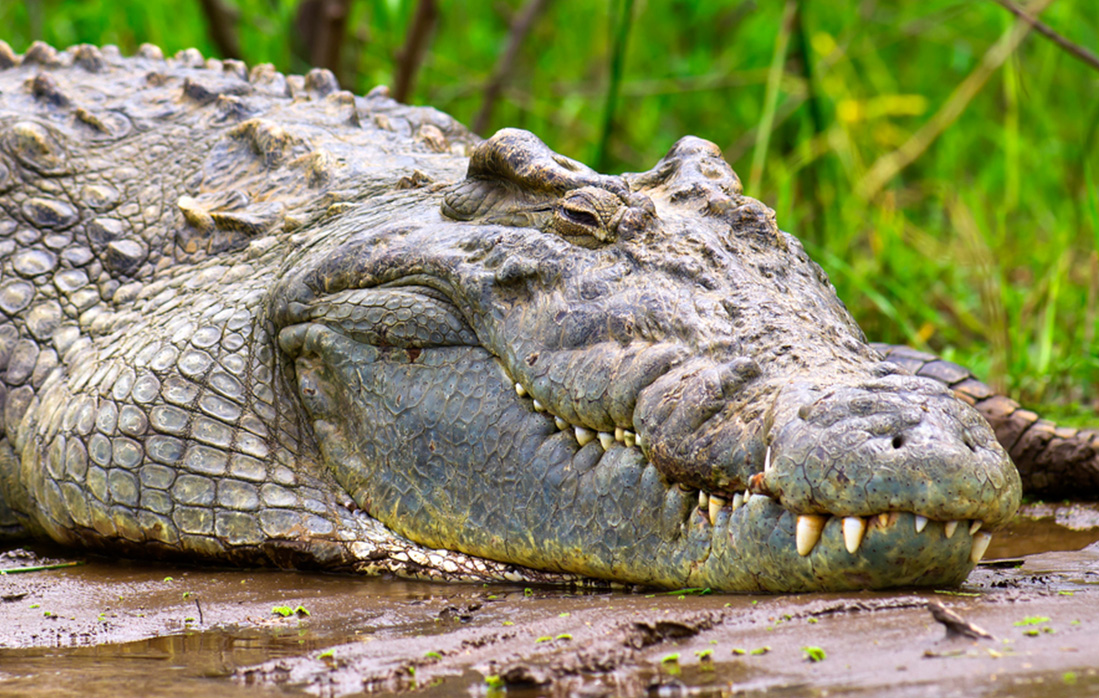 Crocodiles are primarily nocturnal animals, being most active at night, so they spend much of the day asleep in the sun.

However, they do remain partially active during the day, and occasionally rest at night, so there is not a strict sleeping schedule they follow.

In general, crocodilians seem to prefer to get around 17 hours of sleep per day. During periods of dormancy due to low temperatures or food, they may spend a significantly longer time asleep, until the environment becomes more to their liking.

How do reptiles sleep with their eyes open?

This depends mostly on which reptile we’re talking about. Most reptile species have eyelids, and use them to close their eyes while they sleep. This includes everything from turtles and tortoises to crocodilians and most lizards. Snakes, however, do not have eyelids. They sleep with their eyes open, and may instead close the pupil in their eye to block out bothersome light.

How do crocodiles sleep in the water?

Possibly surprisingly, crocodilians are unable to sleep underwater and much prefer to do so on land. However, they do sometimes sleep in shallow water, resting at the surface in a way that keeps their nostrils above the water so they can continue to breathe.

How do alligators breathe when they sleep?

Alligators and crocodiles are very unique animals, and one of their many features is that they are unihemispheric sleepers. This means that they effectively sleep with only half their brain at  a time, allowing them to be partially aware and in control of themselves even when sleeping. This is pretty important, as like many marine mammals, crocodilians are conscious breathers that have to actively choose to breathe. This is an important adaptation for aquatic air-breathers, but can make sleeping a challenge – after all, it’s hard to choose to do something when you’re unconscious!

Nigel Robert is a lifelong reptile lover, biologist and wildlife consultant. He has kept many reptile species including leopard geckos and ball pythons and has had hundreds of encounters with wild species. His goal is to provide trustworthy and comprehensive advice to anyone who may encounter wild or pet reptiles