Menstrual cycles might cause sleep disruptions in the days before a person gets her period, a new study finds. These disruptions may result from the hormonal shifts that are common at different stages of the menstrual cycle.

Specifically, the researchers found that spikes in estrogen and/or progesterone might account for sleep disturbances in the days leading up to menstruation.

Additionally, dieting participants were also likely to experience sleep disruptions right before ovulation. This study is the first of its kind to examine menstrual and metabolic hormones as they relate to sleep regulation.

The study was conducted at the National Institute of Environmental Health Sciences (NIEHS) and was recently presented at ENDO 2019, the annual meeting of the Endocrine Society. The data was analyzed by Anne Kim, a medical student research fellow at the Cleveland Clinic Lerner College of Medicine, and Dr. Janet Hall, M.D., an endocrinologist, clinical director of NIEHS, and Kim’s preceptor and research group leader.

We spoke with both Kim and Hall to learn more about how menstrual cycles might impact sleep. 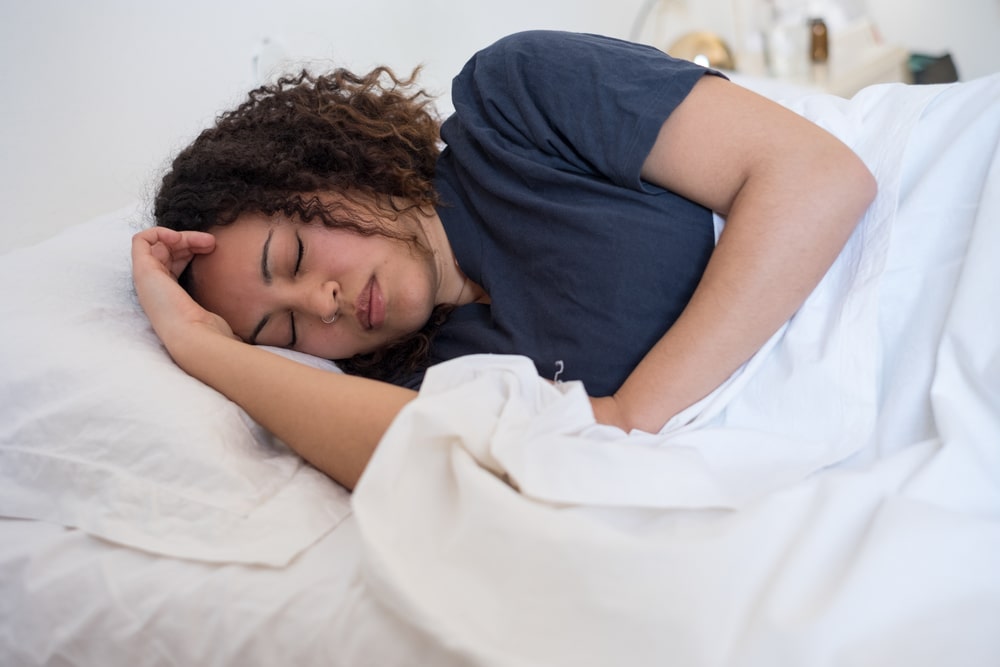 During the research period, the participants wore actigraphic sensors (which record periods of activity and rest) on their wrists and provided morning urine samples so the researchers could measure concentrations of different hormones. Additionally, the women completed five-day diets during the early follicular phases of their cycles. (More on those phases below.)

The researchers found that, during the late luteal phase of participants’ sleep cycles, sleep disturbances were more common. These disturbances included a decrease in sleep efficiency and an increase in nighttime wakeups.

While this study was small, Hall says the results were very significant. “It does suggest that it’s not something rare,” she says. 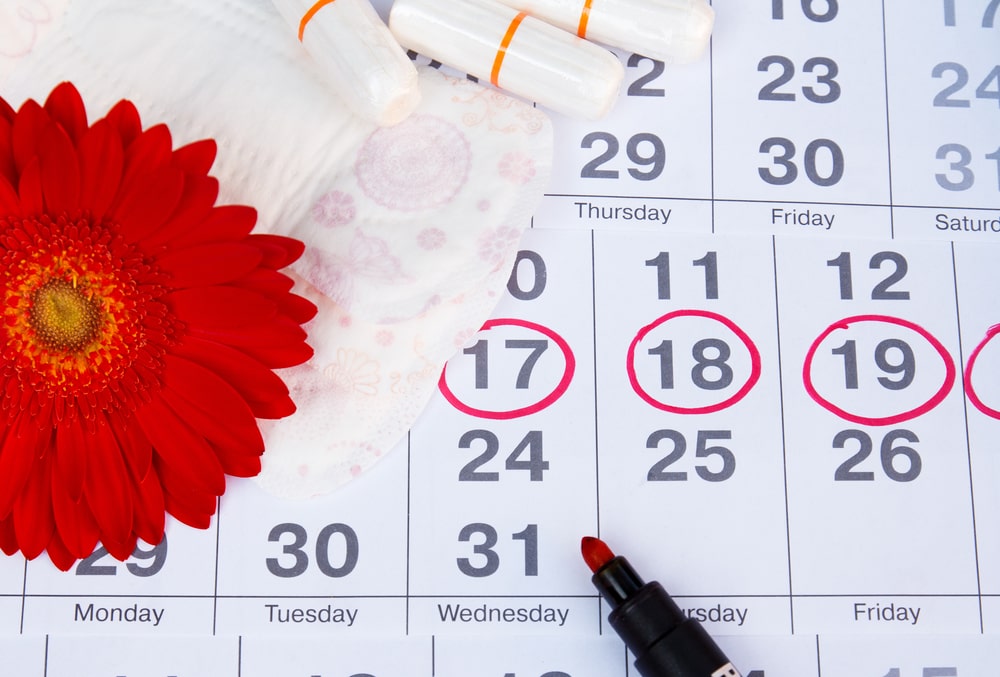 Fluctuations In The Menstrual Cycle

Per Kim, the menstrual cycle consists of four phases, namely the follicular phase, ovulation, the luteal phase, and menstruation. Additionally, there are two primary reproductive hormones — estrogen and progesterone — involved in the cycle, and they each follow different patterns throughout this cycle.

“In the early and mid-follicular phase, the reproductive hormones (estrogen and progesterone) are pretty low,” Kim told Mattress Clarity over the phone. “In the late follicular phase, right around when we ovulate… the estrogen rises dramatically.”

Meanwhile, progesterone remains low throughout the entire follicular phase, Kim says. “After ovulation, it begins to rise in the early luteal phase and then peaks in the mid-luteal phase and goes back down in the late luteal.”

Again, the late luteal phase (which takes place right before menstruation) is the phase during which participants were most likely to experience sleep disturbances. Based on their findings, Kim and Hall speculate that the fluctuations in estrogen and progesterone may explain menstruation’s impact on sleep.

“Our findings show that these hormones are likely to have an effect on sleep disruption,” Kim says. “Specifically with the late luteal phase, that’s after that dramatic rise in the progesterone, so we think that progesterone is having lasting effects into the late luteal phase that’s manifesting as these sleep disruptions. At the same time, the estrogen has also peaked.”

Hall says this data makes sense when one considers that hormonal shifts during pregnancy are also related to sleep disruptions.

In future studies, the team hopes to determine whether progesterone or estrogen (or a combination thereof) is the most likely cause of sleep disruptions during the late luteal phase. 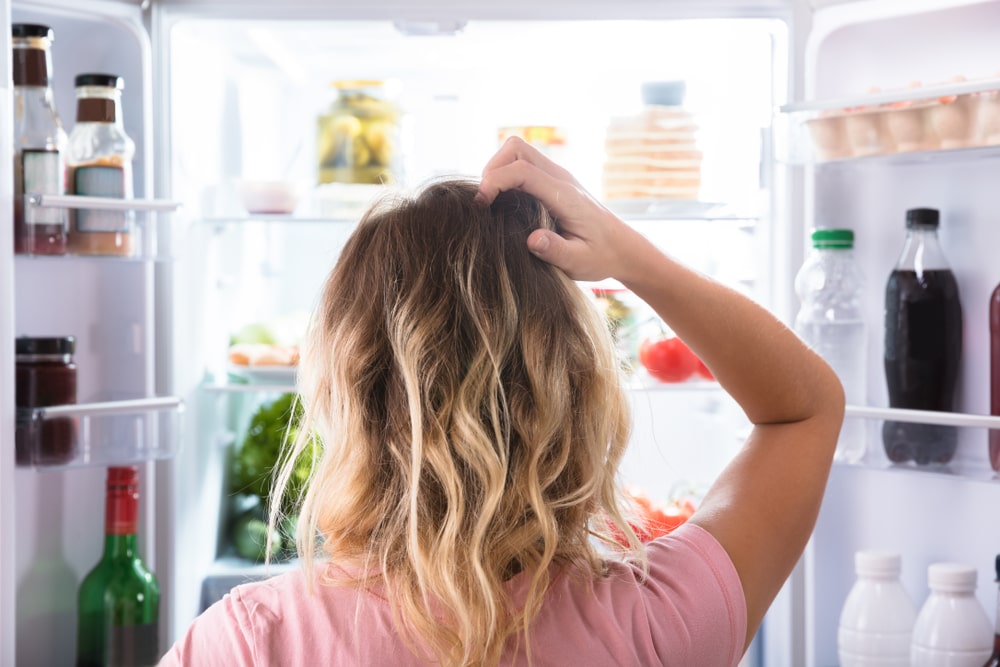 How Hunger Hormones Come Into Play

“Dieting in general made sleep worse, and it caused an effect that was really significant right before your period,” Hall says. “That correlation with estrogen makes me think that it might be something to do with that.”

The researchers chose to study the effects of caloric restriction on sleep because many of the same hormones involved in metabolism also affect sleep regulation and menstrual cycles. 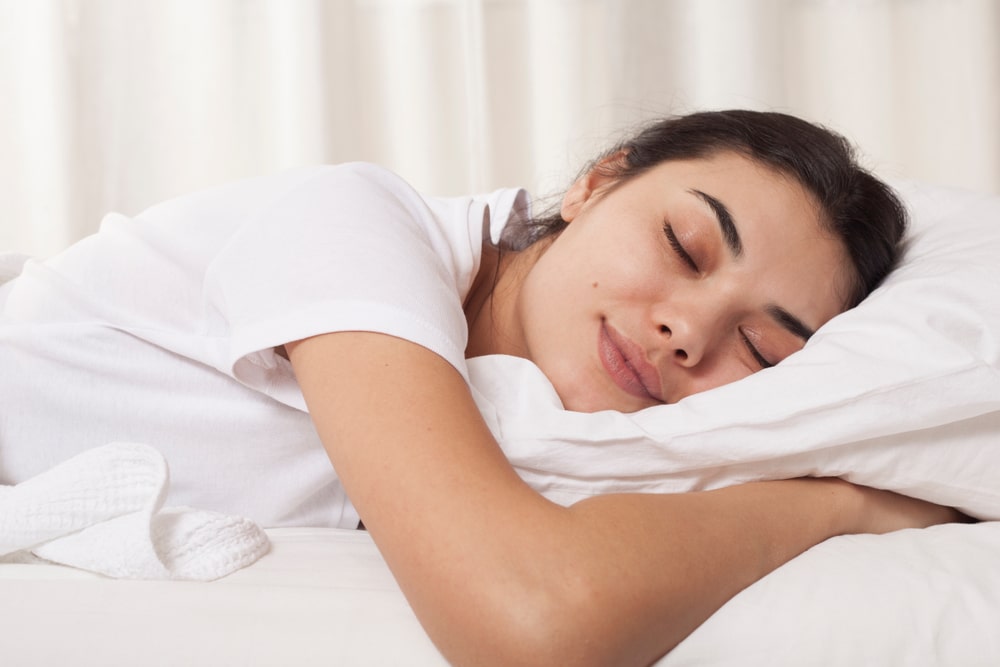 It’s helpful to know that sleep disturbances might be more likely in the days prior to a woman’s period, Hall says, because then she can plan accordingly. “If it can be associated with a time in the cycle, then you can do something proactively to try to manage it,” she says.

While it’s a good idea to practice sound sleep hygiene on a daily basis, it’s especially important during this phase in the menstrual cycle. Hall says that includes strategies such as going to bed and waking up at the same time every day, sleeping in a darkened room, avoiding screen time before bed, and so on.

“It’s really being aware of, ‘Oh geez, this is going to be a time of the cycle when I might be more disrupted than I usually am,” Hall says, and then adopting a few lifestyle changes accordingly.

It may also be helpful to track one’s sleep and menstrual cycle in order to learn more about when a person’s sleep is most likely to be disturbed during that cycle. “The idea of tracking things and providing data for yourself can be very helpful,” Hall says.