Many of us have heard that the recommended amount of sleep is roughly 7 to 8 hours per night. While this range can vary a bit depending on age and other factors, getting adequate sleep is super important to everyone’s health. Sleep deprivation, on the other hand, puts people at risk for a slew of health issues ranging from an increased risk of depression and dementia to being more likely to catch a cold.

While adequate sleep is essential for overall wellbeing, data from a new study suggests that getting too much rest could actually be unhealthy for one’s heart

We spoke with lead author Chuangshi Wang, a Ph.D. student at McMaster and Peking Union Medical College in China, to learn more about this study. 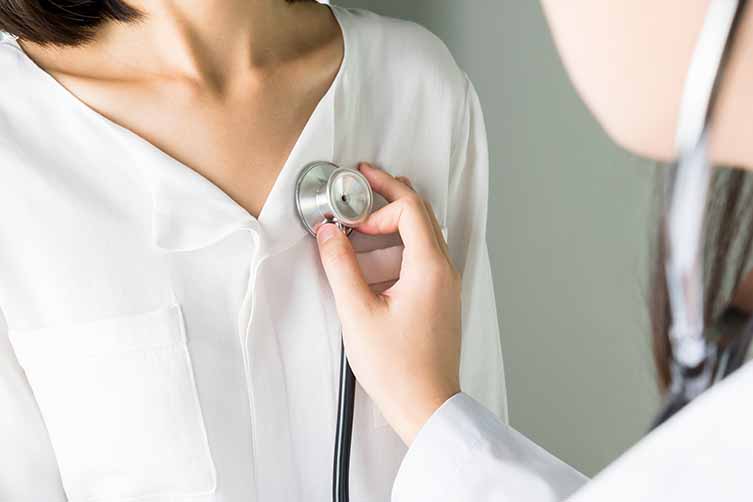 A team of international researchers from McMaster University in Canada looked at the sleep habits of more than 116,000 people who were between the ages of 35 and 70 and hailed from 21 countries. The researchers then analyzed participants’ risk of cardiovascular disease and death over a nearly eight-year period.

The results of the global study were published in the European Heart Journal.

Compared to those who slept 6 to 8 hours a night, participants who slept 8 to 9 hours demonstrated an increased risk of dying or developing diseases of the heart or blood vessels in the brain by 5%. Those who slept between 9 and 10 hours increased their risk by 17%. Sleeping more than 10 hours per day increased the risk by 41%, according to the researchers.

“By studying participants across many different countries where there are variations in sleep patterns (e.g. in some countries napping is common and cultural and in others, it is not), we are able to shed new light on the topic,” Wang told Mattress Clarity.

Nap times were included when calculating the number of hours of sleep participants got during the study. Daytime naps were associated with an increased risk of cardiovascular problems, but only for participants who got 6 to 8 hours of sleep or more. Those who slept fewer than six hours did not have the same risk. “Individuals with short sleep at night appeared to mitigate their risks if they napped during the day,” said Wang in a release on the study.

In an accompanying editorial, Dr. Dominik Linz, a cardiologist and associate professor at the University of Adelaide, Australia, and his team stated that the “study provides important epidemiological information, but causative factors explaining the described associations with increased CV [cardiovascular] risk remain speculative.”

He also noted that healthcare professionals need to be aware and communicate to patients that sleeping a lot and taking daytime naps may not always be harmless.

Mattress Clarity reached out to Dr. Linz for additional comments on his editorial but has yet to hear back.

As for future work on the subject of sleep and cardiovascular health and mortality, Wang told us that she and her colleagues may want to explore whether a wake-sleep schedule is associated with health status.