Why is September such a great time to buy a mattress? Nasdaq notes that last year, Sleep Train offered up to $400 off select Beautyrest and Posturepedic mattresses and up to $300 off Tempur-Pedic mattresses. Those are some great deals, so what gives?

According to the National Sleep Foundation, companies release new mattress models and technologies between May and September. So retailers may mark down old models to make room for shiny new ones. And Labor Day sales are always a great option for snagging mattress deals, as well as markdowns on bedding. 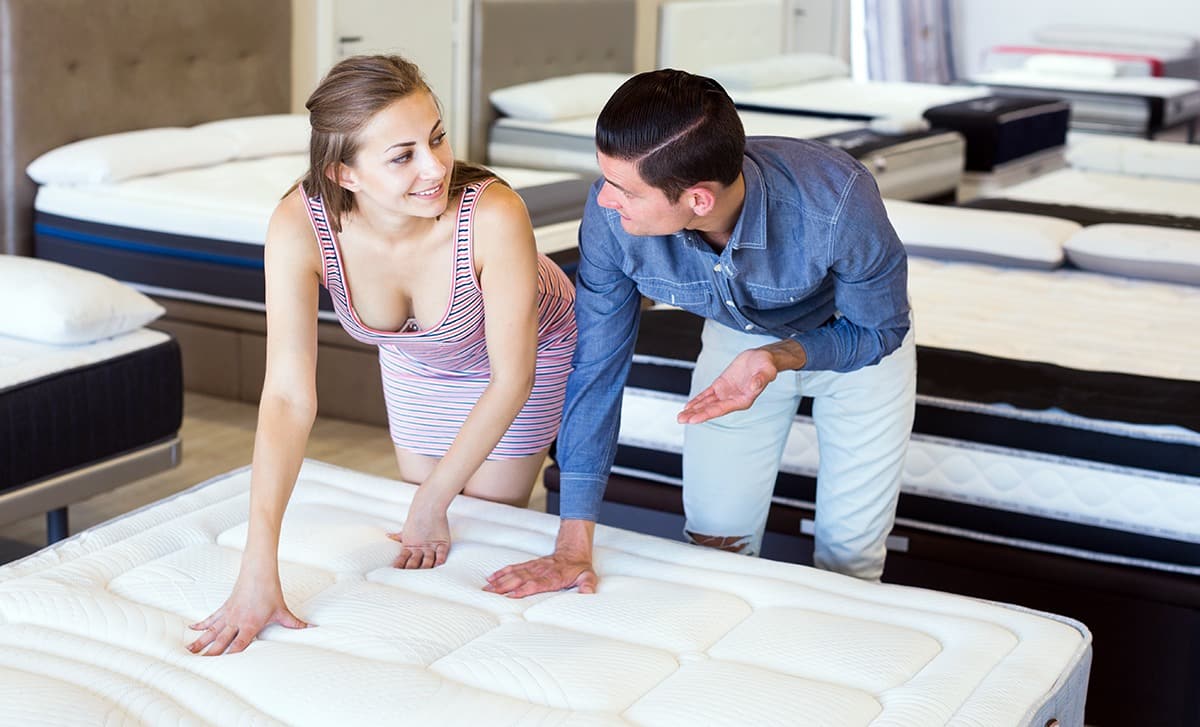 Mattress stockists may also be trying to clear inventory in September if the end of their fiscal year is September 30. That means sales, plus major deals on mattresses with minor defects or tears (though this may affect the warranty — ask the salesperson before committing to a purchase).

Hunting for a mattress this weekend? The best way to know if a mattress will work for you is to actually lie on it.

Consumer Reports recommends that you spend at least five or ten minutes lying on each side, and on then your back and even your stomach if you sleep that way. They also noted that “People who took beds home for a month-long trial rarely changed the opinion they formed after the first night.” So keep that in mind when you’re looking at mattresses with trial periods.